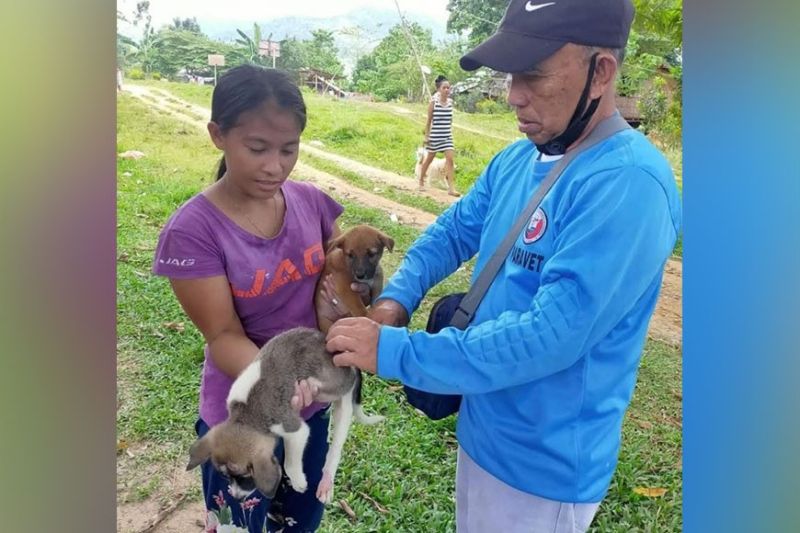 THE Provincial Veterinary Office (PVO) of Negros Occidental has vaccinated a total of 49,812 dogs in the province as of March this year.

For this year, the PVO has also recorded 11 positive canine rabies cases.

These are in Himamaylan City with three cases; Victorias City and Cauayan -- two cases each; and Toboso, E.B. Magalona, Silay City and Bacolod City -- with one case each.

"Among the services given included free spay and neuter, deworming, canine heartworm prevention, consultation and laboratory tests such as fecalysis, direct microfilaria and skin tests as well as information-education campaign (EIC) which consists brochure and flyer distribution, video presentation and posting of tarpaulin," he added.

A total of 71 male dogs were castrated and 32 female dogs were spayed during the "Libreng Kapon" program in the cities of Silay and Victorias.

A total of 871 brochures and other EIC materials were distributed, 48 tarpaulins were posted and 85 seminars and video presentations were conducted with 4,198 attendees.

Decena said rabies is a fatal disease but is 100 percent preventable.

Decena said targeting a rabies-free province cannot be accomplished by the Provincial Government alone and without the collaborative effort of every household tending the most domesticated animals such as cats and dogs.

"The responsibility of every pet owner is to have their pet animals get rabies vaccinated," he added.

The provincial veterinarian said that aside from vaccination, leashing or caging animals to prevent them from roaming outside their houses are also part of the rabies control and prevention measures being pushed by the provincial and local governments.

It can contribute to realizing the vision of attaining a rabies-free Negros Occidental, the PVO official added.