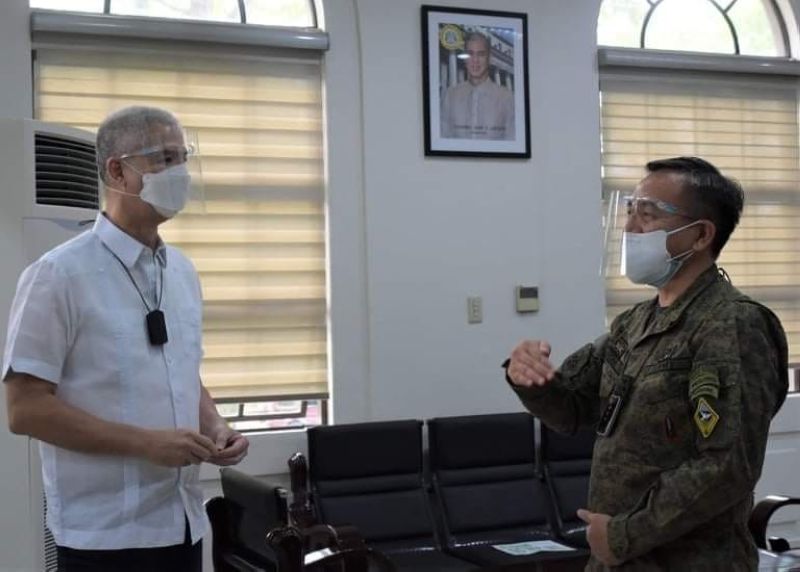 NEGROS Island is now the main focus of the Armed Forces of the Philippines Central Command (AFP-CentCom) in Visayas, according to Lieutenant General Roberto Ancan, CenCom commander.

Bacolod Bishop Patricio Buzon said the Philippine Army and the Regional Task Force to End Local Communist Armed Conflict (RTF-Elcac) are “doing well” in addressing the threats of remaining armed insurgents and the roots of the insurgency problem.

Ancan said Western Visayas governors were very cooperative with TF-Elcac officials, especially in Negros Island, in implementing good governance and the whole-of-nation approach in dealing with the insurgency problem, which turned out to be successful.

“They are helping our units in the area,” Ancan said, citing, among others, the March encounter of 62nd Infantry Battalion in Guihulngan City, where families of slain rebels were given assistance and support by the concerned local government units.

During his meeting with Lacson, Ancan, accompanied by Colonels Inocencio Pasaporte and his deputy, Michael Samson, briefed him of updates in the fight against insurgency and terrorism in Negros island.

He also assured Lacson of their readiness to respond to natural calamities and man-made disasters.

RTF-Elcac in Western Visayas issued a statement challenging militant human rights group Karapatan to condemn violent acts of the Communist Party of the Philippines-New People’s Army (CPP-NPA) to show its sincerity in calling for justice and defending the people of Negros Island.

Associate Provincial Prosecutor Flosemer Chris Gonzales, who is also chair of the Legal Cooperation Cluster of RTF-Elcac-Western Visayas, slammed Karapatan for issuing “malicious and baseless claims” against the government's efforts to end local insurgency on the island.

Gonzales was reacting to the April 16 statement of Karapatan claiming that "the declaration of MO 32, EO 70, has long since turned the Negros Island into a bloody killing field and the Anti-Terrorism Law has intensified the death sentence on Human Rights Defenders and community organizers in the region and in the country."

He said the Communist Party of the Philippines–New People's Army (CPP-NPA) legal front made “sweeping allegations” as it lacked evidence to back “malicious imputations.”

“This is very characteristic of the nature of the propaganda narratives of Karapatan-Negros in their futile and desperate attempts to vilify and malign EO 70 and the sincere efforts of this government and the Filipino people to end the communist terrorist-led insurgency that has claimed thousands of Filipino lives over the past five decades,” Gonzales said.

He also said Karapatan-Negros is silent in the recruitment of children who are being trained and used as child warriors, murder of civilians and burning of private and government properties by the CPP-NPA under the guise of “revolutionary taxes.”