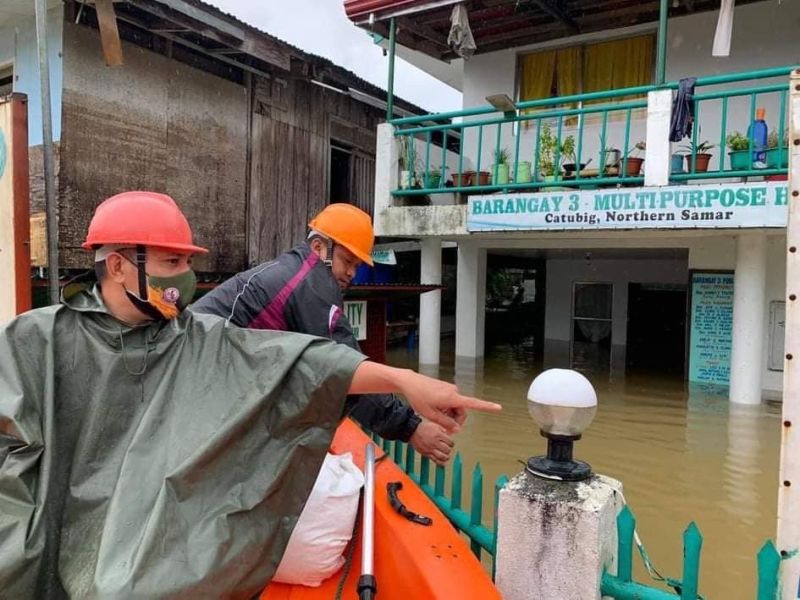 AT LEAST one person was killed and thousands were displaced in Eastern Visayas as Typhoon Bising (Surigae) brought fierce winds and intense rain in the region over the weekend.

Authorities identified the fatality as 79-year-old Alberto Wales, who was hit by a coconut tree in Barangay San Isidro, St. Bernard, Southern Leyte.

The total number of stranded ships has reached 12, with three in Liloan port in Liloan, Southern Leyte, and nine in Allen port in Allen, Northern Samar.

The stranded vehicles, on the other hand, reached 524, with 152 in Liloan port and San Ricardo port in Southern Leyte, and 372 in Allen port.

A total of 69 towns remained without electricity, as of Thursday afternoon, April 15.

Flooding occurred in 96 areas in the region, with 42 areas affected in Northern Samar, 49 in Eastern Samar, and five in Samar.

The police regional command deployed 130 search and rescue personnel and another 1,581 on standby.

No major damage in government properties was reported, according to Rentuaya.