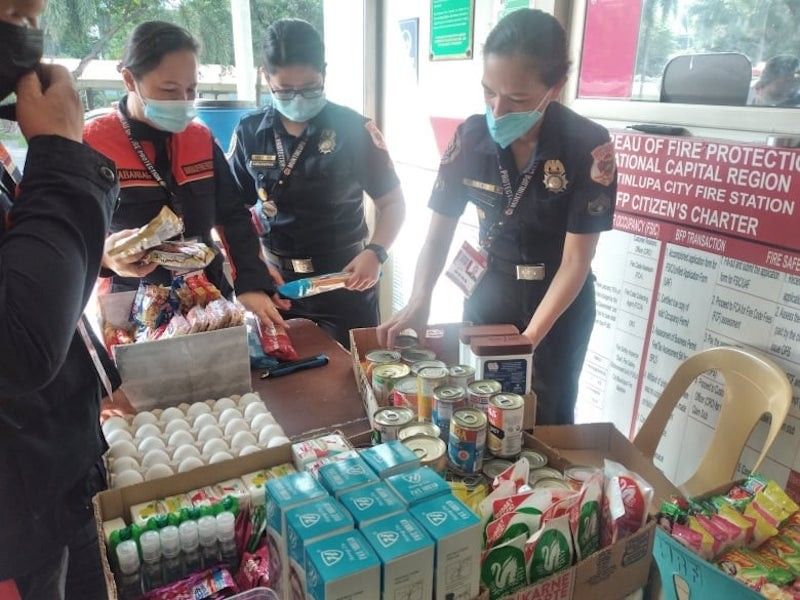 (UPDATED) Some mayors in Metro Manila and several senators have expressed full support for the setting up of community pantries amid allegations linking volunteers to the communist movement.

“Indeed, these initiatives highlight the bayanihan spirit inherent in our QCitizens. The city government will therefore ensure that the organizers and beneficiaries of community pantries remain safe and unimpeded,” Belmonte said.

She said the City Government’s Task Force Disiplina and barangay leaders have assisted in maintaining peace and order in the Maginhawa Community Pantry.

“They are only there to help remind the public about observing minimum health standards and to assist in controlling any crowds that may form,” Belmonte said.

She added that the task force was also instructed to provide the same assistance to other community pantries in the city.

“In these difficult times, let us allow kindness and selflessness to prevail,” Belmonte said.

“Just set it up...if somebody gives you trouble let me know...ako bahala sa kanila (I will take care of it),” he said in a Twitter post.

The Valenzuela City Government announced that there is no need for special permits to put up community pantries.

“Just make sure minimum health standards and social distancing will be observed at all times. Also, no minors and do not set up community pantries during curfew hours,” it said.

Mayor Vico Sotto of Pasig City also announced that no permit is needed to help those in need.

“Community pantries have sprung up in Pasig. We commend the individuals who are helping as they can afford. Government has limited resources, so any effort to help others is very welcome,” he said in a Twitter post late Tuesday.

“Para sa mga nagtatanong, hindi kailangan ng permit. Wala po tayong ‘Permit to Help’ (For those who are asking, no permit is needed. There is no such thing as ‘Permit to Help’),” he added.

Senator Nancy Binay, in a separate statement, said that instead of red-tagging community pantries, the government should focus on improving its own programs to help those in need during the pandemic.

"When common people band together to help those who are in need; when volunteers offer a selfless act of serving the people; and when ordinary Filipinos put up community pantries as a pure form of generosity--I don't see them as enemies of the state, but as champions who have genuine compassion for our people," she said.

“The business of helping your neighbor, as God commanded, requires no business permit from man,” he said.

He said the correct response to community pantries is support and solidarity, not red-tagging.

“The only thing red in the community pantries are the ripe tomatoes. Those who see red in these bayanihan projects should have their hearts examined,” Recto said.

“Community pantries need more food bags, not red tags, nor red tape. Let them bloom wherever they sprout, regardless of who planted them. Bureaucracy has no business throwing a shade over this pure expression of people's power,” he added.

“Let's not taint the initiatives to help stem hunger with suspicions of communist links. It puts their lives in peril, which is not the way to treat our people doing good for their countrymen,” Poe said in a separate statement.

“Law enforcers must, at all times, fulfill their duties of protecting the citizens, not intimidate them,” she added. (Marites Villamor-Ilano / SunStar Philippines)