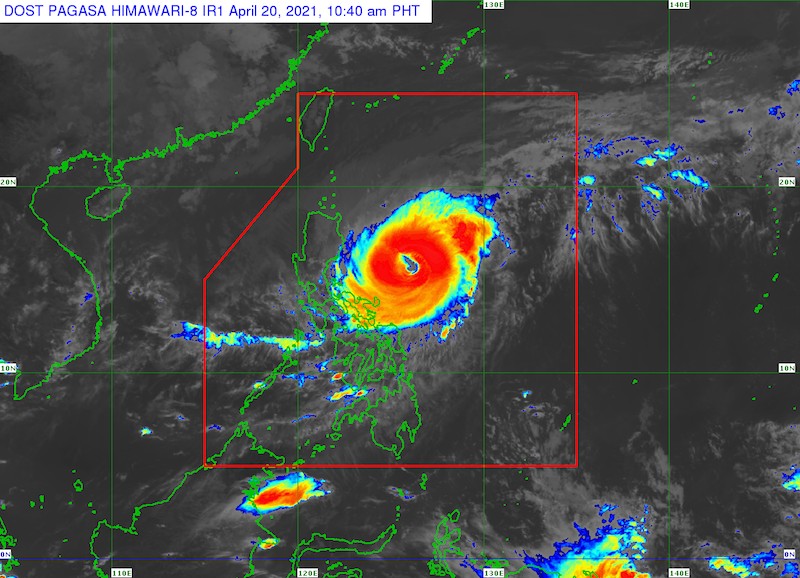 TWO people died while one went missing in the Visayas due to the onslaught of Typhoon Bising (international name Surigae), the National Disaster Risk Reduction and Management Council (NDRRMC) said Tuesday, April 20, 2021.

The disaster bureau said one of the fatalities was a 47-year-old woman from Catmon in Cebu and the other was a 79-year-old man in St. Bernard, Southern Leyte.

The missing person is a 40-year-old man from San Jose in Northern Samar. Search and rescue operations are still ongoing.

A total of 12,913 families or 50,523 people were affected by the typhoon in Bicol and Estern Visayas.

The NDRRMC said 5,351 families or 50,620 people were housed in evacuation centers while the others sought shelter with their relatives.

The NDRRMC assured that the Department of Social Welfare and Development and the local government units were providing assistance to the affected population.

The agency said 60 areas in the affected regions were experiencing flooding.

Six road sections in Bicol and Eastern Visayas were not passable due to debris and flooding while 63 municipalities experienced power interruption.

Due to the cancellation of sea travels in the regions, 2,495 passengers were stranded in various ports.

The NDRRMC said two houses were destroyed in Catanduanes and Caraga while two seawalls, a port and a tower base were wrecked.

Typhoon Bising is forecast to be outside the Philippine area of responsibility (PAR) by Sunday, April 25. (SunStar Philippines)