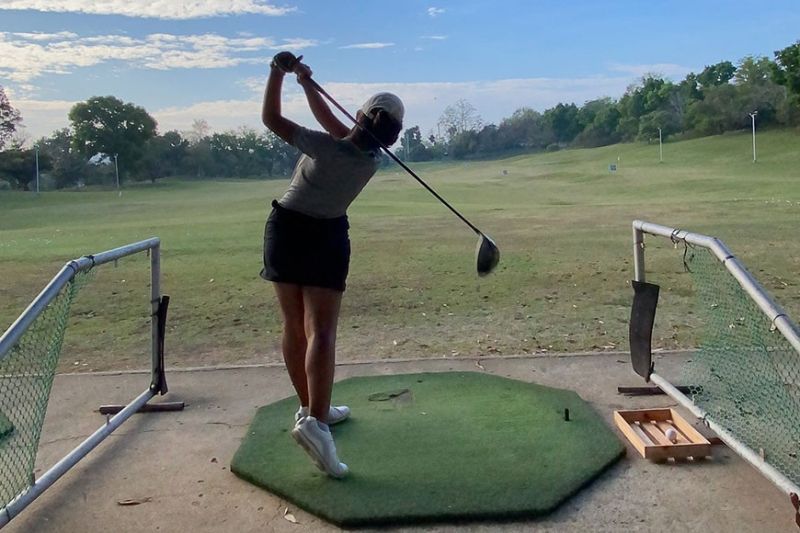 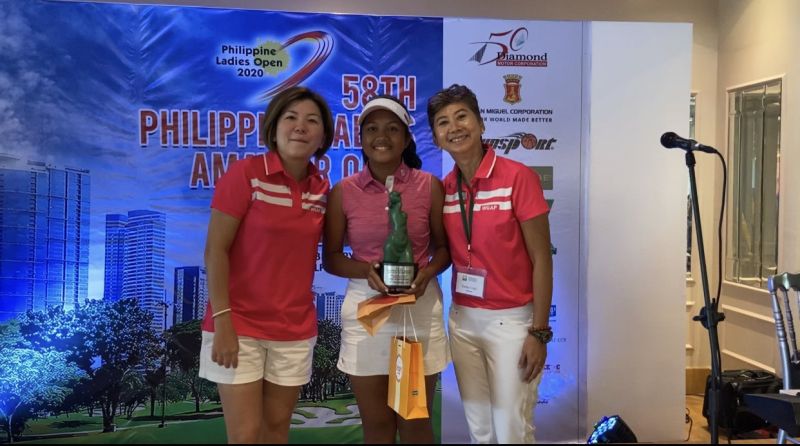 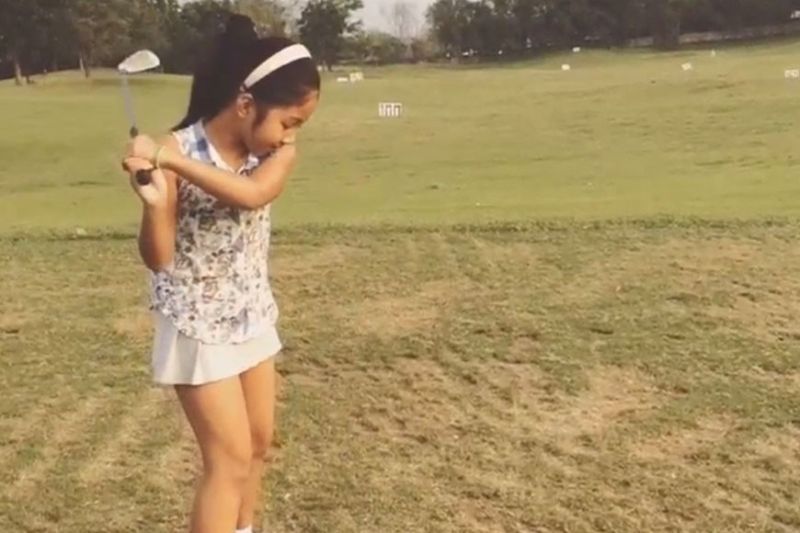 This Kagay-anon golfer will be competing in the 15-18-year-old girls category, together with three other national players. She is the only Filipino golfer in the 15-year-old category.

Montebon was also invited to join the 2021 US Kids Golf Teen World Championship in Pinehurst, North Carolina, USA by virtue of her outstanding performance in the same tournament in 2019.

She was among the top 7 in the 13-year-old division and was chosen to represent the international team in the World Van Horn Cup where she beat the US in the same age category.

Kiara, a golfer at 8

Kiara's interest in golf began when she was still eight years old. As no one in the family knows how to play golf, what gave rise to Kiara's interest in the sport was the constant view of people playing golf at the Del Monte Golf Course.

According to her mother, Ethel Zaldivar, she has a good friend who plays golf and invited them during weekends to the said golf course.

"I also have a family friend nga iyang anak almost the same age sa iya. Both of them, they spend time watching the golfers there playing golf and I think that's what sparked the interest," Zaldivar said.

Kiara, for her part, shared that she found golf unique, something different from other sports like soccer, basketball and badminton.

"I found it unique in how they play it so I was interested," Kiara said.

At almost nine years old, Kiara started practicing for a bit, swinging the gold club and hitting the ball.

It was at 10 when she took the sport seriously and had her own trainer. She trained every day, before and after her classes.

At present, Kiara is a grade nine student.

"As a mom, what I did is to support and make sure that she is happy with what she's doing. Nobody is forcing her. Of course, there's a little push from me for the practices," Zaldivar said.

Zaldivar said that while balancing classes and golf practice is more challenging this year because of the classes being held online, Kiara was still able to manage her time well, getting above average grades while keeping up with her training.

Kiara's improvement as a golfer throughout the years can be seen in her achievements. In 2019, Kiara competed in the Philippine Ladies Open, landing on the 37th spot.

However, the second time she competed on the same tournament on February 2020, Kiara landed on the 9th spot.

Kiara also competed in the US Kids Golf Teen World Championship in 2018 when she still 12 and she was able to place 64th out of the 137 golfers who participated in the tournament.

She competed on the same tournament in 2019 at 13 years old, landing on the seventh spot. She was chosen to represent the International Team in the World Van Horn Cup and beat the US in the 13-year-old category.

"Naa gyud sya na achieve because of her hard work considering na there's nobody in the family who plays golf," Zaldivar siad.

Asked on what her reaction was when she found out that she will be representing the country in the 2021 IMG Junior World Golf Championship, Kiara said she was shocked, scared and nervous.

"I didn't expect I was gonna be picked to represent. There are better players than me so I thought its gonna be them," Kiara said.

"Few weeks ago, my mom got a call that I was chosen to represent... I was scared because I haven't had tournament experience in a while and that kind of field of golf is tough. I'm nervous," she added.

In order to prepare for the upcoming two major golf tournaments, Kiara said she is practicing as much as she can. She is also doing mental training.

"It’s good. I still need to prepare myself even more but it’s going good," Kiara said.

Golf can be expensive, especially since tournaments are often done outside the Philippines. Zaldivar said it is difficult for them to keep with the expenses, especially the huge costs for the upcoming trip to the US.

"Dili pud pwede nga di ka mag tournament kay how can you be better if you don’t join tournaments. So aside from practicing, you really have to compete. There's no other way but to compete outside," Zaldivar said.

She added that Kiara's dream is to become a college golfer and join the Ladies Professional Golf Association in the US.

As such, Zaldivar and Kiara started a fundraiser using the GoFundMe, the world's largest social fundraising platform.

"As a mother, what I can do is support her of what she really wants to be. At a very young age, kabalo na sya kung unsa iyahang gusto. So from then on, support na lang gyud tanan," Zaldivar said.

"That's the reason for the fundraising kay we cannot afford it. So we have to ask help from friends and strangers nga ganahan og tabang," she added.

Kiara and her family are set to leave the country on the first week of June.