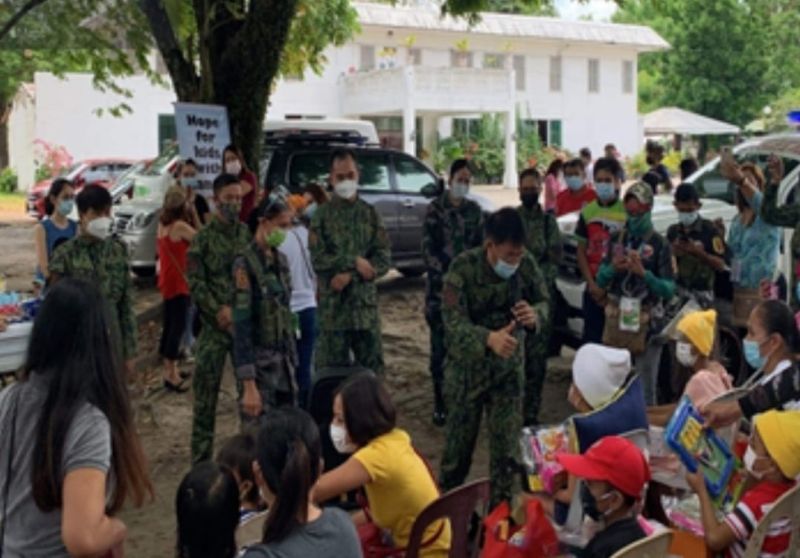 BACOLOD. Bacolod City Police Office Director Colonel Manuel Placido, along with his men, joins the gift-giving activity of Hope for Kids with Cancer at the San Antonio Abad Parish in Lacson Street, Bacolod City over the weekend. (BCPO photo)

THE Bacolod City Police Office (BCPO) has granted the request of 25 children with cancer to see the cops in person wearing their uniform as they considered them as their heroes and bravest hope.

BCPO Director Colonel Manuel Placido, along with his men, joined the gift-giving activity of Hope for Kids with Cancer at the San Antonio Abad Parish in Lacson Street, Bacolod City over the weekend.

BCPO personnel assisted the generous individuals and organizations in distributing gifts and food packs to the 25 children patients.

Meanwhile, BCPO also joined the celebration of the Muslim Ramadhan through a gift-giving in Muslim communities in Bacolod City on Saturday, April 17.

They distributed Sadaqah in the form of food packs and health and sanitary kits to the Muslim brothers in Dhar Al Dhikr Islamic Center in Barangay Mansilingan and Bacolod City-Negros Occidental Federation of Muslim in De La Rama Center in the city.

The Bacolodnons also expressed their gratitude to the BCPO personnel and various organizations as these have helped in one way or another alleviate their condition.