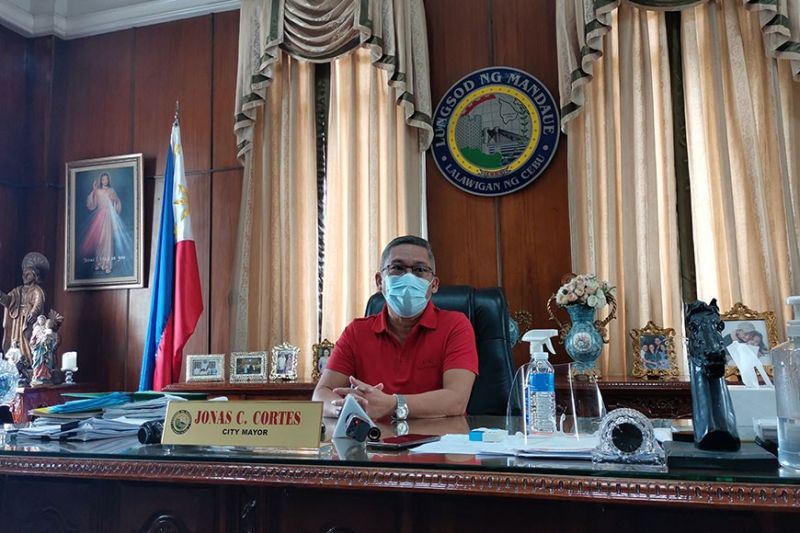 AFTER more than two weeks of isolation, Mandaue City Mayor Jonas Cortes has recovered from the coronavirus disease (Covid-19) and is now back working in his office.

Cortes, who tested positive for Covid-19 on April 4, 2021, said he is happy that he is back in service after two weeks of being placed in isolation.

According to Cortes, it all started when his wife, Sarah Walker-Cortes, experienced shortness of breath.

They immediately decided to take a swab test on April 3.

Sarah tested negative, but the mayor tested positive for Covid-19.

“I didn’t expect to test positive. I was confused that the doctor asked me about my condition although it was not me but my wife who experienced symptoms,” Cortes said in a mix of Cebuano and English.

After his results came out, Cortes said he immediately notified all his close contacts so that they could take all precautionary measures and have themselves swabbed.

Cortes started his quarantine period at home. He eventually moved to a private isolation facility.

Cortes said he was thankful that all his close contacts including his family members tested negative.

Cortes said during isolation, he lost his sense of taste and smell.

Cortes said he had fatty liver disease. He was surprised that his serum glutamic-pyruvic transaminase (SGPT) levels also suddenly increased.

His doctor reportedly told him that while Covid-19 often attacks the lungs, for other people like Cortes, it attacks the liver.

Cortes spent an hour each day to exercise and kept a healthy diet during his isolation period.

Cortes said this helped improve his condition as the days went by.

His blood sugar levels also dropped and his blood pressure began to normalize.

During his recovery stage, Cortes said the doctor told him that they only needed to monitor his liver condition within a week.

Cortes shared that during the isolation period, his biggest challenge was handling his mental health as he often got bored and he missed his family.

Cortes kept himself busy to fight the loneliness he felt.

Aside from exercise, he said one of the things that greatly helped his mental health was the text messages and calls he received from family and friends who were checking on him.

He said a simple greeting brings happiness and relief to help Covid-19 victims get through their days in isolation.

Now that he is back in his office, Cortes said he will focus on Mandaue City’s vaccination program, particularly in strengthening the City’s data management.

Cortes also said he will have himself vaccinated as soon as public officials are included in the priority listing.

Cortes appealed to Mandaue City residents not to fear vaccination as this protects people from acquiring a serious case of the deadly disease in the event of exposure to the virus.