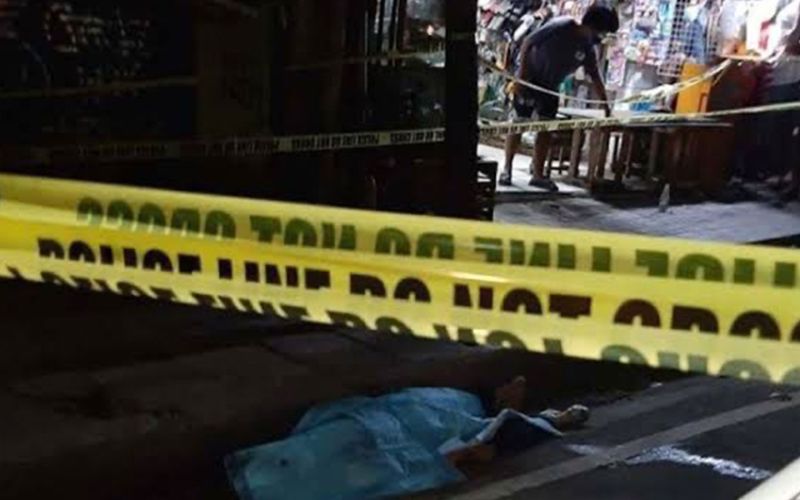 THE slain complainant against the alleged erring 11 police officers formerly assigned at the Sawang Calero Police Station did not avail herself of a security detail from the witness protection program despite receiving death threats after she sought help from the Commission on Human Rights 7 on her case.

Victim Ritchie Nepomuceno, 35, was a bit of complacent when it came to her personal security after the Police Integrity Monitoring and Enforcement Group (IMEG) Visayas Field Unit filed the criminal charges against the police officers, said Leo Villarino, chief investigator of the Commission on Human Rights (CHR) 7.

The CHR 7 filed complaints against 11 police officers who, as then members of the Sawang Calero Police Station’s drug enforcement unit, allegedly robbed Nepomuceno during their search for firearms in her home in March.

Colita can no longer attempt to clear his name as he reportedly took his own life inside the Police Regional Office (PRO) 7 headquarters in Cebu City, hours after Nepomuceno was gunned down by two men aboard a motorcycle in Barangay Basak Pardo, Cebu City on Monday night, April 19, 2021.

Nepomuceno’s murder has so far spawned theories, not concrete evidence to unmask her killers and determine the motive of the crime as the investigation is still in its early stage, said Lt. Col. Wilbert Parilla, deputy director for operation of the Cebu City Police Office (CCPO).

The first possible reason for Nepomuceno’s murder could be her alleged involvement in the illegal drug trade as her lover, a big-time drug personality, is now in the Cebu City Jail.

Another reason, Parilla said, could be the victim’s complicated love life. It was learned that Nepomuceno wanted to patch things up with her husband, but he was still undecided on their reconciliation as she had two other lovers—the jailed drug personality and Colita himself.

Parilla said the drug personality reportedly received information about Colita’s alleged affair with Nepomuceno; however, investigators would still have to verify this.

The allegation about Nepomuceno’s involvement in the illegal drug trade was corroborated by Maj. Glenn Hife, chief of the Regional Drug Enforcement Unit 7.

Nepomuceno was described by Hife as the “banker,” as she was the one who often deposited the illegal drug trade proceeds into the jailed drug personality’s bank account.

Nepomuceno had been anxious about her security before the complaints were filed against the 11 police officers, as she had been receiving death threats through phone calls allegedly from Colita, Villarino said.

The victim was non-committal, however, when Villarino told her that the CHR 7 could give her protection under the agency’s witness protection program.

After the complaints were filed, Villarino said Nepomuceno became relaxed as she believed with Colita’s group relieved and restricted to camp, she would now be safe.

Villarino said Nepomuceno’s death impacted their investigation as she could no longer narrate her story if ever the complaints will be forwarded to a trial court; however, it does not discourage the CHR 7 investigators from going further with their investigation.

“We still have other complainants left. So, hopefully, they can withstand the fear and all the challenges,” he said.

Villarino said the CHR 7 finds no problem in the filing of criminal charges being done by the IMEG 7 against the police officers.

The complainant had first approached the CHR 7, but she later sought the assistance of the IMEG.

The IMEG filed complaints against a total of 13 police officers from the Sawang Calero Police Station. Two police officers were added to the list after two other women accused them of participating in irregular activities.

Prior to the murder, members of the IMEG were monitoring Nepomuceno on the morning of April 19 as she was subjected to an examination at the pink room of Vicente Sotto Memorial Medical Center for the documentary evidence for the rape complaint against Colita.

IMEG Visayas chief Maj. Alejandro Batobalonos said they also transported her at 5:30 p.m. But a few minutes after Nepomuceno disembarked from the IMEG’s vehicle, she was shot by riding-in-tandem assailants.

As far as he knows, Batobalonos said, Nepomuceno was not yet placed under a witness protection program, which is why the IMEG decided to accompany the victim if she had an official errand to provide her security.

Batobalonos believes that as soon as they fetched Nepomuceno from her house in Cebu City, the assailants followed them.

The police said he had also asked Nepomuceno if her lover was a drug lord. She admitted it, Batobalonos said.

Asked if the administrative complaints of the remaining police officers would be affected, Batobalonos said the investigation will continue but it would weaken because their witness pool had dwindled.

Hife said he was stunned when Colita shot himself as Hife investigated him.

Past 9 p.m. Monday, Hife said, he summoned the police officers of Sawang Calero who were under camp restriction at the PRO 7 while the investigation on their alleged involvement in illegal activities continued.

When it was Colita’s turn, Hife asked him about his alleged involvement in illegal drugs and the possibility that he was the one who had just killed Nepomuceno. But it was said that Colita just kept quiet.

A few moments later, as Hife’s investigation continued, Colita excused himself and went to the comfort room of Hife’s office.

Hife then heard a gunshot from the comfort room. When he opened the door, he saw Colita’s body lying in a pool of blood.

Colita was rushed to the nearest hospital, which is St. Vincent General Hospital. But he was declared dead on arrival due to a wound on the right side of his temple.

Police investigators ruled out foul play in Colita’s death, and Hife was sure that the police officer committed suicide due to the possibility that he could be accused of killing Nepomuceno.

Colita was placed under camp restriction with the other police officers Nepomuceno had accused of wrongdoing. Their government-issued firearms were confiscated and they were not allowed to leave the PRO 7 headquarters.

But there is a strong possibility that the weapon Colita used was his personal weapon believed to be hidden inside the PRO 7 camp.

Colita’s wife said in the police investigation that her husband was devastated after Nepomuceno filed criminal and administrative complaints against him.

Since his relief, Colita had been depressed and he seemed to be no longer his usual self.

To find out if the gun used by Colita in his “suicide” was the one used by one of the killers of Nepomuceno, the weapon and its empty shell were turned over to the crime laboratory for examination. (WBS, AYB)
< Previous PageNext Page >