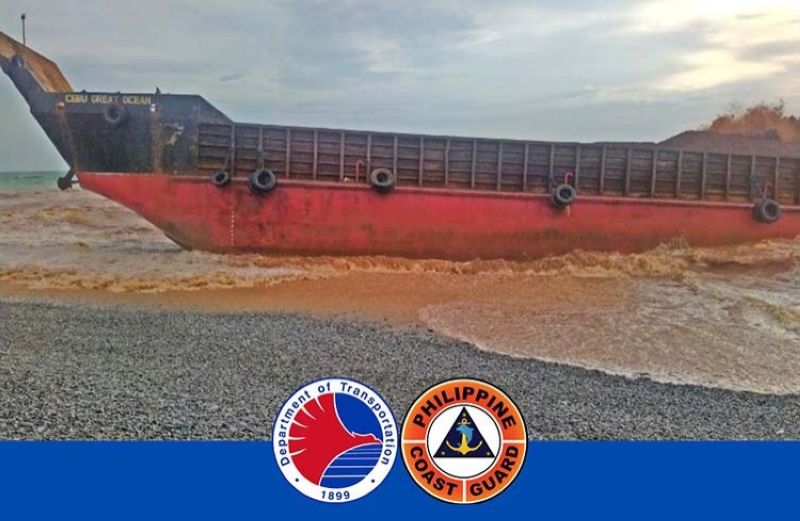 THREE individuals died and 10 are missing after cargo ship LCT Cebu Great Ocean ran aground along the shoreline of Barangay Cantapoy in the municipality of Malimono, Surigao del Norte on Monday afternoon, April 19, 2021.

Huge waves caused by typhoon Bising buffeted the cargo ship when it navigated the sea while carrying nickel ore and 2,000 liters of diesel, according to a report by radio station RPN DXKS Surigao.

Those who died have been identified: Marvin Lusica, electrician Norman Galon, and oiler Lemuel Davidas.

The 10 missing individuals have not yet been identified.

Superbalita Cebu tried to reach the Coast Guard Station in Cebu for more information. There are no details yet on where the LCT Cebu Great Ocean departed and its destination. (REV/With NRC)