Hospital for mild, moderate Covid-19 to rise in Luneta 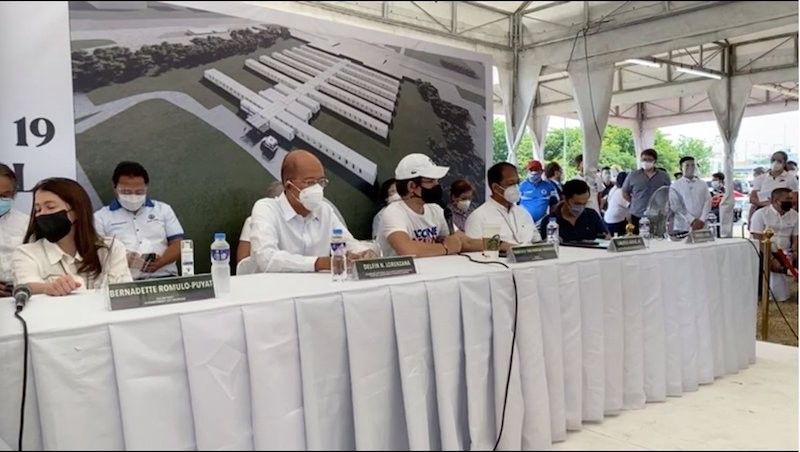 MANILA. Government officials lead the groundbreaking ceremony on April 21, 2021 for a field hospital that will be built in 60 days for mild and moderate Covid-19 cases. (NTF Twitter)

THE government is building a “mega” field hospital for mild and moderate coronavirus disease 2019 (Covid-19) cases in Luneta Park in Manila as part of efforts to scale up the administration’s pandemic response.

The National Task Force Against Covid-19 said the facility will be finished in about 60 days.

It will have 336 beds and living quarters for 200 medical frontliners, who will run the facility.

Secretary Carlito Galvez Jr., NTF chief Implementer and vaccine czar, said the facility will complement efforts to increase the health system’s capacity and prepare the country for the long haul.

Manila Mayor Francisco Domagoso said the local government has a working budget of P154 million for its construction.

“The City is likewise keen on expanding the facility’s bed capacity should the need arise,” he said.

Domagoso said the local government will also build a 60-bed facility with intensive care unit (ICU) features for the severe and critical cases.

“The DOT is gratified and honored to be able to use its parks and public spaces in support of the national government pandemic response,” she said.

“With strategic partnership between the private and public sectors, we are able to ramp up capacity from testing to treatment to vaccination in the race against the virus,” she added.

As of Tuesday, April 20, the Department of Health said all the 3,025,600 vaccines have been deployed to 3,263 vaccination centers across the country.

More than 1.3 million citizens have received the first dose, while 209,456 have also received the second dose. (SunStar Philippines)