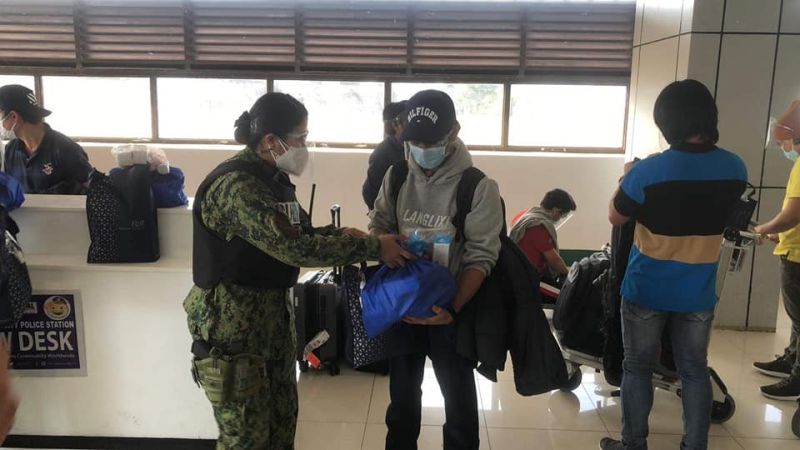 The MCPS personnel, under the supervision of Lieutenant Colonel Rossel Cejas, assisted in the arrival of the returning OFWs on board a Qatar Airways flight to ensure their safety as they landed via Clark International Airport in Mabalacat.

According to reports of the Department of Foreign Affairs (DFA) under the Office of the Undersecretary for Migrant Workers’ Affairs, the OFW returnees were held hostage by alleged pirates in the Gulf of Guinea in West Africa on March 11, 2021.

The Filipino seafarers were members of the 15-crew team of the chemical tanker “Davide B” at the coast of Benin and were released last April 11, a month after the hostage.

Under the supervision of Police Lieutenant Catherine Maizo, MCPS staff also initiated the distribution of relief packs to the returnees. The relief packs include three kilograms of rice, noodles, sardines, and personal protective items against Covid-19 such as a box of face masks, face shield and sanitizing alcohol.

Such initiative was referred to by the MCPS as “a gesture to strengthen the Bayanihan Spirit through Rektang Bayanihan, to help our kababayans especially in time of need amid the global crisis due to the Covid-19 pandemic.”