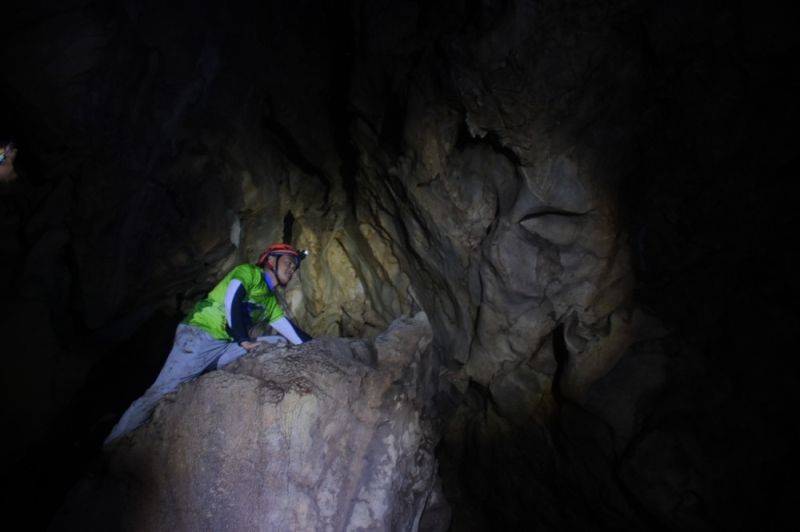 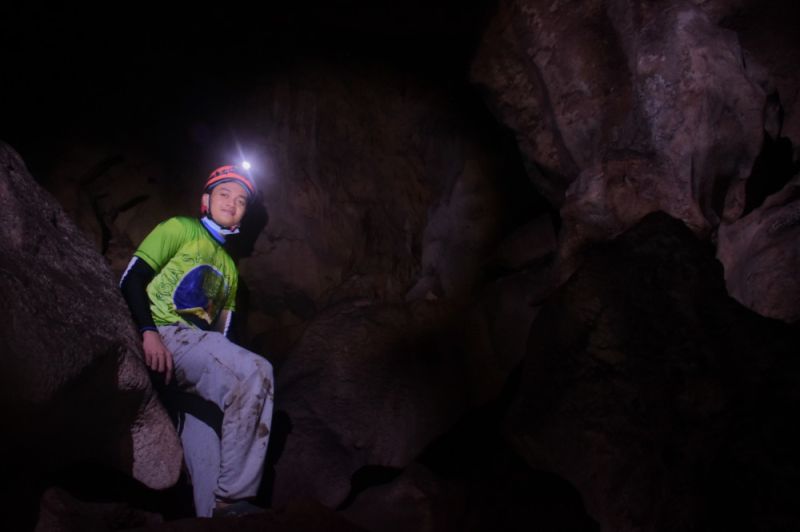 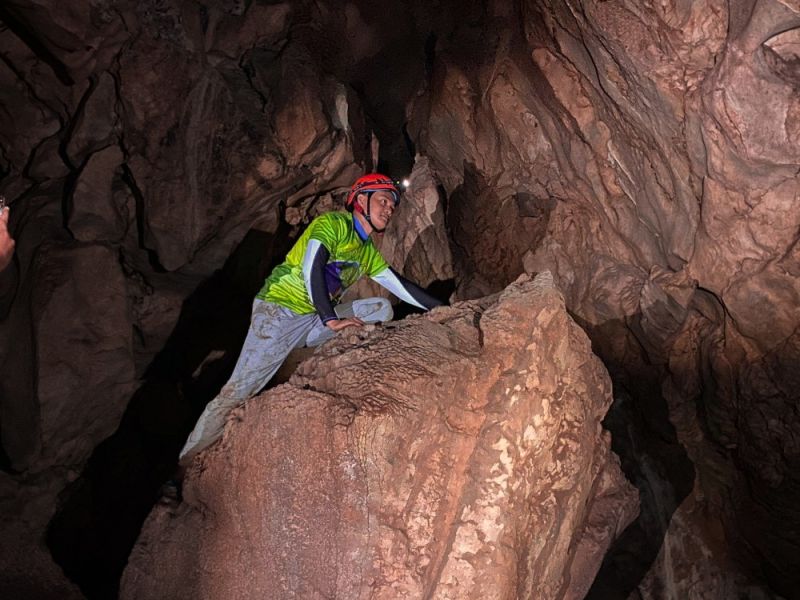 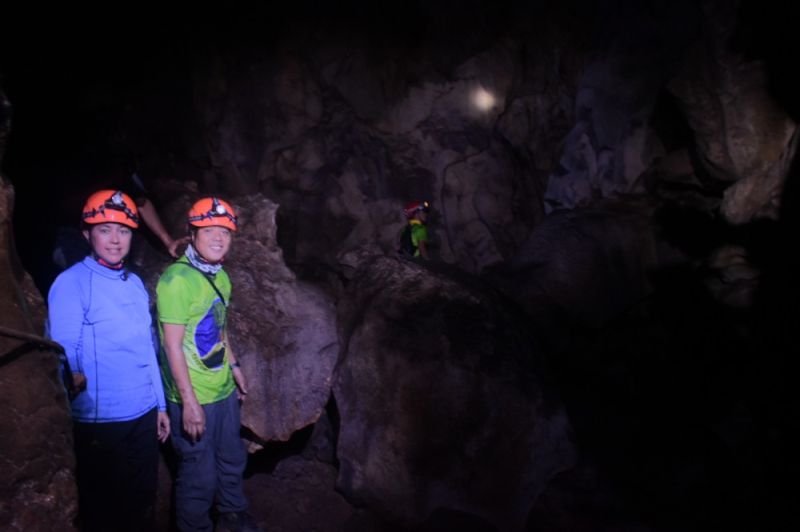 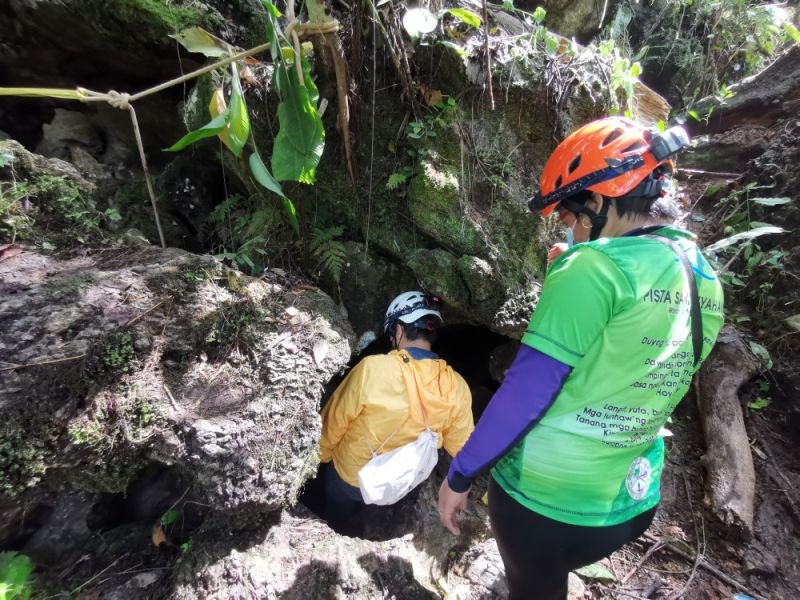 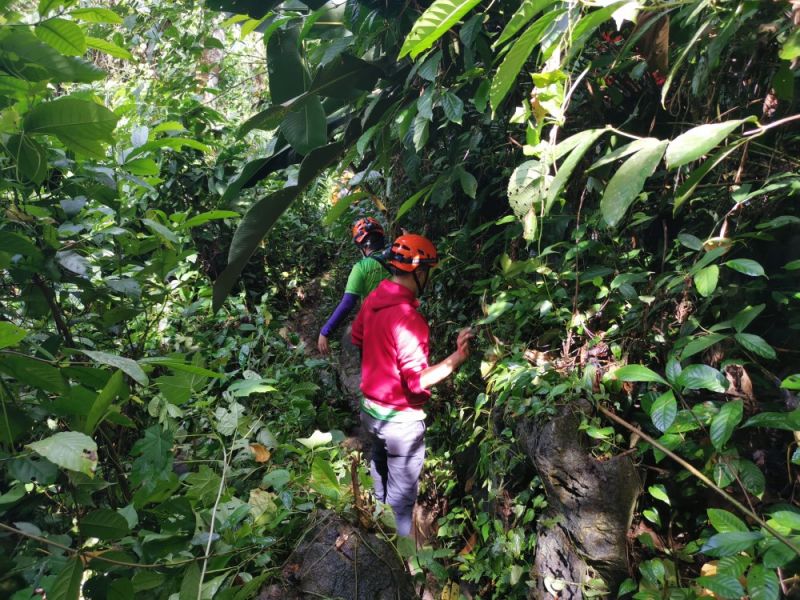 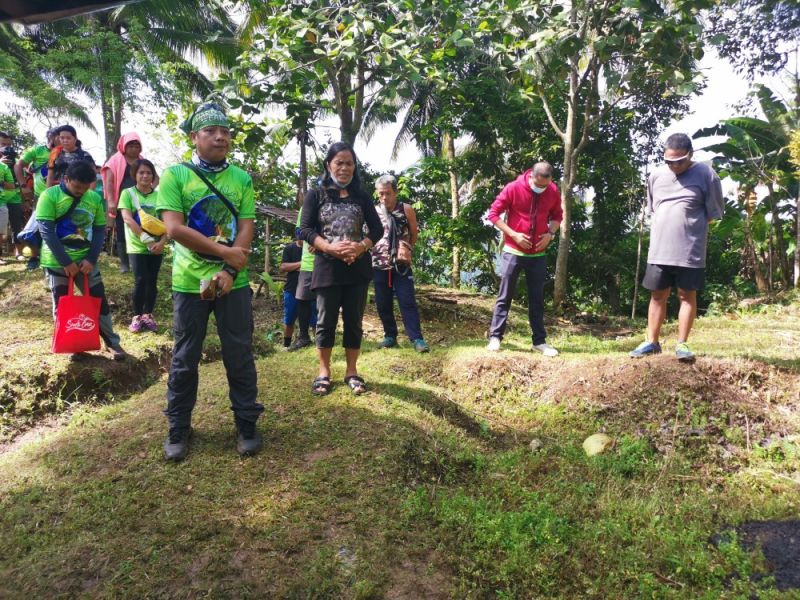 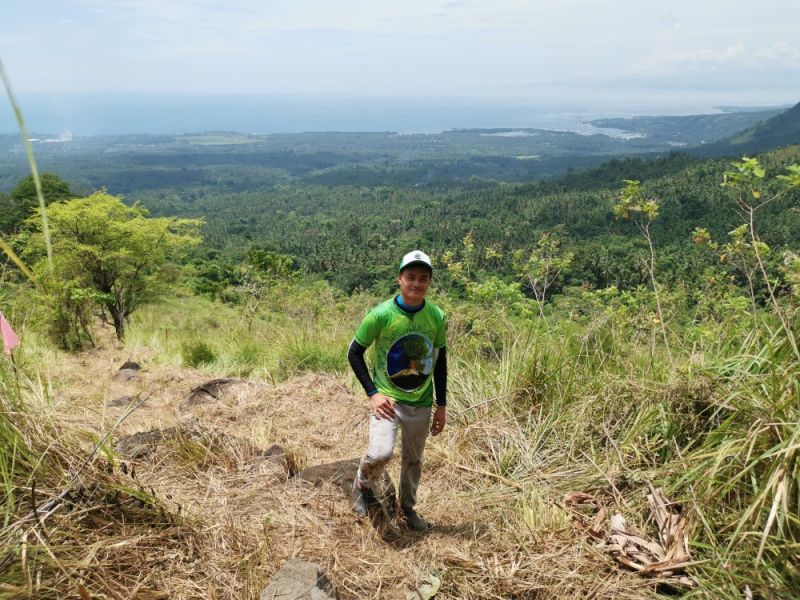 THURSDAY is usually an extra busy day for me. It’s the scheduled day for taping a weekly online show I am hosting on top of my regular workload as a social media strategist. But, it seems like the universe really aligned to let me experience caving in Sta. Cruz town in Davao del Sur. All my scheduled shoots were moved to an earlier day.

I immediately confirmed to miss Meggy and Mark that I can make it for the launching of Saliducon Cave for ecotourism last April 15, 2021. And it was hell of an amazing adventure experience.

We left the city at 7 a.m. for an hour ride to Sta. Cruz. It’s a good sunny day for caving. We arrived at the jump off site at Sitio Upper Saliducon around 8:45 a.m. and immediately started our 15-20-minute trail to the cave’s holding area.

Before we took another trek of 10 to 15 minutes to the cave’s mouth, we stayed for a while at the holding area for a cup of coffee and suman. A local in the barangay also offered a prayer for safety and blessing before entering the cave.

Saliducon cave is the lone cave found in Sta. Cruz. Based on its management plan crafted by the Department of Environment and Natural Resources (Cenro) and the communities of Saliducon and Melilia, it is classified as a Class 2 cave, which means it is suited for ecotourism development.

“Prior to opening the cave to tourists, there’s a lot of planning and management measures done in five years. We are happy that we get to launch it now despite the pandemic. More than just an attraction for tourists, we see this added tourism site as an opportunity to empower the community near the cave,” municipal tourism officer Julius Paner said.

Barangay Saliducon has around 20 women actively participating in this tourism activity. They were tapped by the local government unit to manage the caving gears and equipment that they can rent out to visitors. Locals were also tapped to become accredited guides to navigate the route from the starting point to the caves’ interior.

After a short program, we then braved the cave with our safety gears on and we were joined by the Department of Tourism-Davao Director Tanya Rabat-Tan, who was so game to experience the cave herself. The trail was extra challenging because it’s muddy due to heavy downpour the night before we trekked.

But before we entered the cave, Saliducon barangay captain Peter Renon Sombilon shared a folklore story.

He said there were two siblings named Tuglae and Tuglibun. Under their culture, it is a taboo to see and touch a woman’s body especially the private areas unless married. One day, when the siblings went to a river, Tuglibun’s sister -- Tuglae was bitten by a leech near her breast. The little sister asked for help from his brother. Tuglibun was hesitant at first to get the leech following their culture. But the big brother has no choice as his sister is already crying in pain. After getting rid of the leech from his sister’s breast, the leech surprisingly became a cave which is now called Saliducon Cave. The elders said the cave serves as Tuglae’s sign of violating their culture’s traditions.

If it's an adventure you are looking for, Saliducon Cave is a perfect site. It has a tiny mouth; hence, entering it takes much effort. But after a few meters of tiny and low spaces, you’ll get to enjoy the spacious chamber of the cave and the sightings inside.

We stayed inside the cave for about 30 minutes. Afterwards, we hit another trail descending to the town center for lunch. The views along the way were also breathtaking, we got to see the entire green and blue landscape of the town plus a fresh air after a tiring yet fulfilling caving activity.

The launching of Saliducon Cave for ecotourism is in line with the annual celebration of Pista Sa Kinaiyahan (Feast for Mother Nature) conducted by Sta. Cruz town to advocate environmental conservation, protection and rehabilitation while doing tourism activity. Pista sa Kinaiyahan was started in 2001, the time when Sta. Cruz was bent on utilizing nature’s beauty for ecotourism.

Caving brings unique experiences. It is a combination of outdoor sports, action, and exploration. You’ve probably seen wonderful creations outside in the forms of mountains and seas, but there’s so much nature can offer like the beauty and mystery within the caves.

If you want to explore Saliducon Cave and other tourist spots in Sta. Cruz, it is always best to contact the municipality’s tourism office at 0920-856-7991 or visit their Facebook page https://www.facebook.com/StaCruzTourism

For suggestions, comments, and questions, email me at aceperez.manlalakbay@gmail.com. Follow me on social media @acejunerell.