Editorial: Allow people to help others 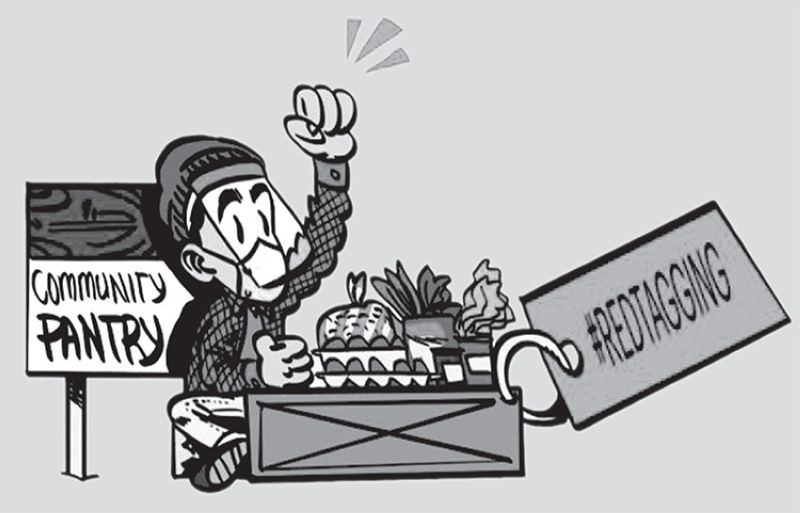 DEPARTMENT of the Interior and Local Government Undersecretary for Barangay Affairs Martin Diño said organizers of community pantries will need to secure a special permit to be able to start a community pantry. It drew flak over social media.

His statement left some of us scratching our heads thinking why the government would add another bureaucratic barrier to help fellow Filipinos.

However, it is good to note that DILG Secretary Eduardo Año clarified on Tuesday, April 20, 2021, that the organizers of community pantries do not need to secure a special permit.

"There is no requirement for a permit," Año was quoted saying on GMA News Online.

“Ay hindi ho, hindi kailangan ng permit ‘yan, hindi naman ‘to business eh (It is not a business, so there is no need for a permit),” Belgica was quoted saying in an Inquirer.net report on April 20, 2021. He added that the community pantry is a form of Bayanihan and donation drives do not require a permit under the Citizen's Charter.

Likewise, Davao City Mayor Sara Duterte-Carpio said community pantries are welcome in the city as long as they are following minimum health protocols.

"Kung wala nama'y violation sa mga (If there is no committed violation in the) Covid-19 protocols, we do not have a problem with that," the mayor said in an interview on 87.5 FM Davao City Disaster Radio.

Año urged organizers to coordinate with the local government unit if they will be organizing a community pantry.

“But organizers must coordinate with the LGUs. This is a local issue and we defer it to the LGU concerned,” Año said.

For his part, DILG-Davao Director Alex Roldan told SunStar Davao in a phone interview that coordinating with local officials will ensure health protocols such as physical distancing would be enforced.

"Wala may dautan magbayanihan (There is nothing wrong in doing ‘bayanihan’). That is beyond the question. But the problem is kung ato kining pasagdan, what if naay taong maghimo'g binuang (there will be some people who will take advantage), who is going to be responsible?" he said.

If the DILG wants community pantry organizers to coordinate with the local government, it should neither make the process too complicated nor require documents to establish one. Again, this is to help fellow Filipinos in the community. It is unreasonable to require documents for a simple community activity like this.

Let Filipino people help each other. This is an act of bayanihan that does not necessarily need permits. As long as health protocols are followed, community pantries are simply a venue for those who want to help those in need and for the needy to get what they need.