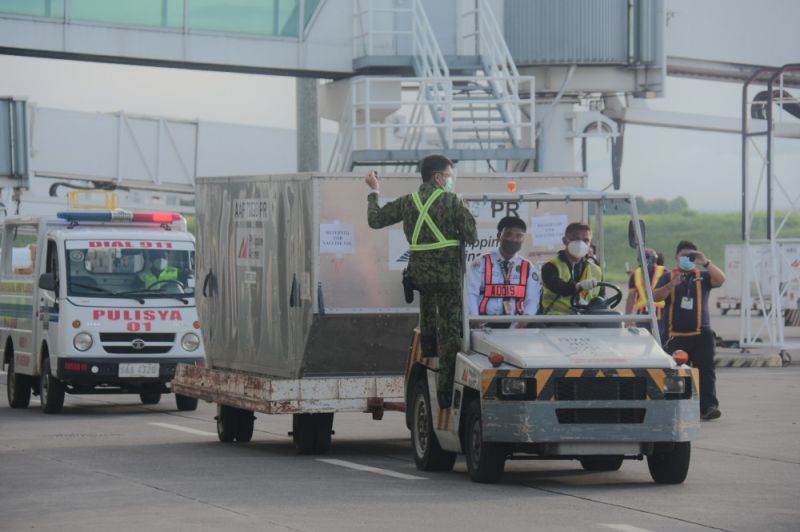 DAVAO Region is set to receive two more Covid-19 vaccine brands, Pfizer-BioNTech and Sputnik V, from the National Government, an official from the Department of Health (DOH)-Davao said Wednesday, April 21, 2021.

Dr. Janis Olavides, DOH-Davao vaccination team leader, said in a virtual presser that they already received a "verbal communication" from the central office to prepare for the arrival of the said vaccines.

"As to the date, wala pa tay na-set na (we don’t have a set) date, pero (but) we were already tasked to prepare," Olavides said during the One Davao on Covid-19 virtual presser.

She also does not have the figure in terms of the number of doses the region will receive.

She said the region, since February 2021, already conducted a series of simulation exercises for the arrival of the Pfizer-BioNTech vaccines.

DOH and the local government of Davao City, during the last week of February this year, conducted a joint simulation exercise in anticipation for the arrival of Pfizer that month.

Pfizer-BioNTech, which was supposed to be the first vaccine to arrive in the region, requires special logistic travel with a maximum 20 minute transport from the airport to the storage facility. The vaccine also requires an "ultra low freezer" of -70 degrees Celsius (°C) storage.

Olavides said the Pfizer vaccines will be stored to the Southern Philippines Medical Center as it is capable of storing the vaccine.

"That is why there is a need for us to prepare for its arrival," she said.

However, due to limited supply and logistical problems from vaccine makers, the arrival of Pfizer-BioNTech in the city was delayed.

Instead, Chinese brand Sinovac's CoronaVac, and British-Swedish AstraZeneca's Covishield were the first Covid-19 vaccines that were allocated by the national government.

Pfizer-BioNTech's BNT162b2 is the first Covid-19 vaccine to be issued with an emergency use authorization (EUA) from the Food and Drug Administration (FDA) in January this year.

Russian firm Gamaleya Research Institute of Epidemiology and Microbiology's Sputnik V got its EUA in mid-March this year.

The Philippine government is securing almost 14 million vaccine doses from four vaccine manufacturers within the second quarter of 2021, according to Secretary Carlito G. Galvez Jr., the chief implementer of National Task Force Against Covid-19 and vaccine czar.

Aside from the additional 1.5 million doses of Sinovac, the first batch of 500,000 doses of Sputnik V is set to arrive in the country within this month, while 195,000 doses of Pfizer is expected to arrive around May.