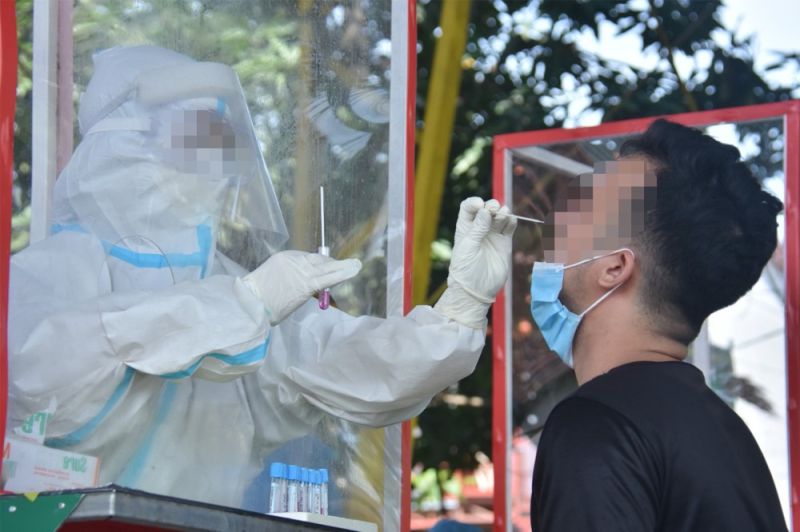 THE Davao City Health Office is planning to add more Covid-19 swab testing areas, including a drive-thru, to cater to more targeted individuals.

City Health Office (CHO) Acting Head Dr. Ashley Lopez said in a radio interview on Wednesday, April 21, that their office is planning to expand its Covid-19 testing to open field areas such as the Magsaysay Park and People's Park to cater to targeted residents within the downtown area.

The move aims to decongest the Sta. Ana Health Center, the city's main swabbing center, which is currently experiencing congestion with the mandatory swab testing of all close contacts, including the second and third generation contacts of confirmed Covid-19 patients.

Lopez admitted they were not able to anticipate the number of individuals who were notified and scheduled for testing during the first days since the program was only recently integrated in the DQR.

He said, however, that they already regulated the schedule of those who will be subjected for swabbing to avoid convergence at the centers.

He said they already conducted ocular inspection in the area, and they are finalizing the plan, including an executive order coming from the mayor.

"Dako ni siyang tabang kung ma-implement nato tanan para sa atong (This is a big help if we could implement all of this) Covid[-19] operations, particularly sa (in the) testing aspect sa (of) Covid-19," Lopez said in an interview on 87.5 FM Davao City Disaster Radio.

The health official said they will be coordinating with the Land Transportation Franchising and Regulatory Board (LTFRB) for the targeted surveillance swabbing.

"Isa pud ni nga way aron ma-catch ug maapil atong mga drivers sa atong surveillance (This is one way to catch and enjoin our drivers in our surveillance)," he said, adding they are also one of the exposed sectors of the virus.

The move is part of the city's intensified community swabbing, in accordance with Executive Order 18, which orders for the "heightened surveillance and response" for the Covid-19 cases in the city.

Part of the EO’s mandate is to make a regular schedule of surveillance swabbing in high-risk areas without implementing the mandatory home quarantine post-swabbing such as but not limited to: business and commercial establishments (i.e. business process outsourcing, banks, restaurants, etc.); public places (i.e. wet markers, supermarkets, stores, etc.); and government offices.

The City had recently conducted its surveillance swabbing in wet markets, and sidewalk vendors.