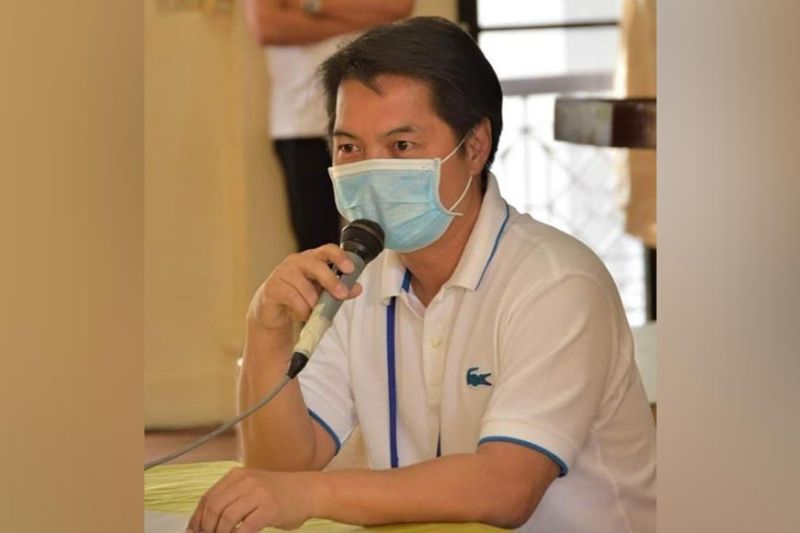 Paduano, who is considered as the closest ally of Benitez, would not confirm that Benitez's move answers the news circulating in the city that Benitez would be challenging incumbent Bacolod City Mayor Evelio "Bing" Leonardia.

"I would leave it to Benitez to make his announcement of his personal political decision for Bacolod City," Paduano said.

Leonardia earlier said this is too early for politics. He said he focuses his time and efforts on the Covid-19 pandemic and that he does not want his focus disturbed.

Leonardia, who has built his strong political empire, will be after for his last term in the city.

His local political party, Grupo Progreso won 14-1 in the 2019 elections as they only lost a slate in the City Council.

Tarpaulins and posters have been on display around the city bearing, "B.C. run Albee run for Mayor and Jeffrey Ferrer for Vice Mayor."

When asked for comment, Ferrer said, "I still have two weeks to decide to transfer my voting registration in Bacolod City."

"Let us give way first to our mayor," he said, referring to Benitez.

Show of force and support

Ferrer said he and Negros Occidental Governor Eugenio Jose Lacson with the rest of the provincial officials and several town and city mayors in the province will be with Benitez going to the Commission on Elections (Comelec) Bacolod office on Tuesday for his transfer of registration.

Former Board Member Patrick Lacson, also one of the allies of Benitez, said in so far as the complete line-up for his whole ticket, several incumbents and former city officials have been pushing and supporting Benitez for mayor.

He also said several businessmen in the city are supportive and have been prodding Benitez to run for mayor.

Lacson said they would like a harmonious relationship between the province and Bacolod City, which is why they wanted Benitez to run in Bacolod City.

Insiders said the provincial officials will gather at the Capitol Tuesday before going to the San Sebastian Cathedral for a mass for Benitez and then they will troop to the Comelec office.

The force of Benitez will again make their show of support and force in a gathering of political leaders at Nature's Village Hotel and Restaurant in Talisay City on Friday.

Lacson, meanwhile, remained mum over reports that Benitez, his Provincial Consultant on Economic Affairs, is changing his residence from Victorias City to Bacolod City.

According to Lacson he has yet to talk with Benitez.

"I have yet to talk with him," Lacson said.

Benitez has not yet issued an official statement of confirmation about this development.