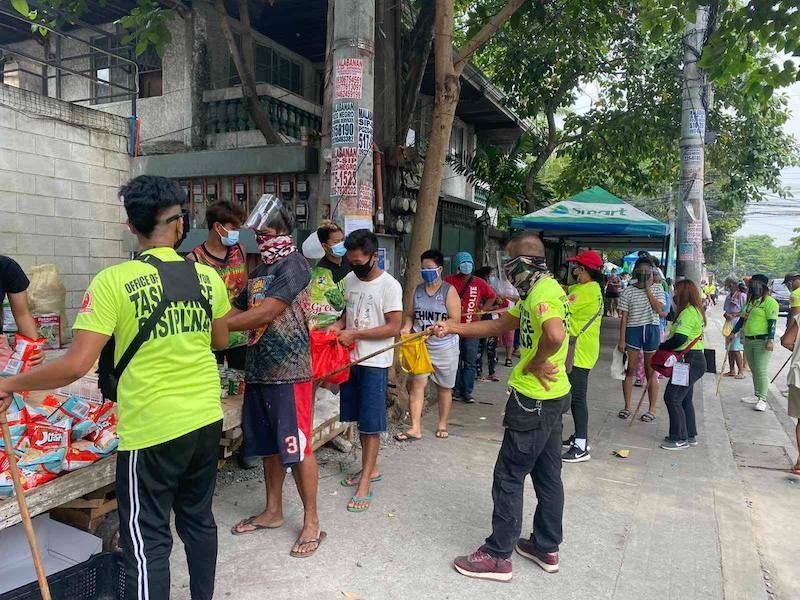 Drilon said said there is no need to wait until the 2022 budget deliberations to defund the task force since President Rodrigo Duterte has the power to realign the budget.

"Now na (Do it now)! Because, as the saying goes, ‘Aanhin mo pa ang damo kung patay na ang kabayo’ (What good is the grass if the horse is dead)?” Drilon said in a statement Thursday, April 22, 2021.

At the House of Representatives, Gabriela Women’s Party Representative Arlene Brosas proposed that the P19.4 billion budget of the task force be considered among the sources of funding for the proposed P10,000 cash aid for the poor under the Bayanihan 3 bill.

“We cannot let billions in people’s taxes be wasted in the unrelenting red-tagging spree of the NTF-Elcac,” Brosas said in her letter to the House committee on economic affairs.

The lawmakers were reacting to the pronouncements of Lt. General Antonio Parlade Jr., task force spokersperson who also heads the Southern Luzon Command of the Armed Forces of the Philippines, that red-tagged community pantries which have been distributing free basic goods to the poor since April 14, 2021.

After Parlade compared Ana Patricia Non to Satan, Senator Joel Villanueva said the task force should be defunded and its budget realigned as “ayuda” (social amelioration) in next year’s budget.

Non pioneered the community pantry initiative, which was quickly replicated across Metro Manila and in other parts of the country to help families who have barely been able to make ends meet during the pandemic.

In a statement on Thursday, Villanueva said his call to review and realign the NTF-Elcac budget to “ayuda” conforms with the existing budget practice of realigning scarce funds to where these are more needed.

Drilon, for his part, called for the immediate passage of Senate Bill 2121, or the proposed "Act Defining and Penalizing Red-Tagging.”

”The recent events make the menacing effect of red-tagging more pronounced. We must put a stop to this immediately," Drilon said, referring to the red-tagging of community pantries.

"The absence of a law that defines and punishes red-tagging makes it easier for individuals like Lt. Gen. Antonio Parlade Jr. to make not only unfounded but dangerous and deadly accusations," he added.

Under the bill, the crime of red-tagging is defined as the act of labeling, vilifying, branding, naming, accusing, harassing, persecuting, stereotyping, or caricaturing individuals, groups, or organizations as state enemies, left-leaning, subversives, communists or terrorists as part of a counter-insurgency or anti-terrorism strategy or program, by any state actor, such as law enforcement agent, paramilitary or military personnel.

The minority leader said the red-tagging by the government's anti-insurgency officials sow fear among community mobilizers and organizers, whose works have helped hundreds of indigent Filipinos.

The bill has been referred to the committee on justice chaired by Sen. Richard Gordon.

He said Parlade should go back to the military instead of concentrating on harassing the people with red-tagging accusations.

He said government must focus on the real fight against Covid-19 and hunger.

“Let's direct our energy to do better since that is our duty in the first place. We have the funds to protect our people from virus and hunger. Let's not waste it in intimidating people who just want to help,” he added.

"These heavy-handed tactics by state agents against community pantries are not just undemocratic, they also punish Filipinos who are already suffering because of the pandemic and who desperately need the lifeline extended by these community pantries,” the proposed Senate Resolution No. 705 states.

It also urges the executive branch to ensure the safety and protection of community pantry organizers.

"Instead of harassment and threats against community pantry organizers, they should be lauded for embodying all that is good and noble in the Filipino community especially during times of hardship and hunger," Hontiveros said.

Senator Panfilo Lacson, who has been defending the budget of the Department of National Defense (DND) and its attached agencies since 2016, said he wasn’t keen on defending their budget for 2022 with the same tenacity, “especially if the NTF-Elcac spokesperson continues to threaten to affect its mission with uncalled for statements.”

“Working together should be a two-way street, if we want to make it work. I have consistently supported the Armed Forces of the Philippines by augmenting their appropriations even more than they have requested... I have not asked for any favor in return, except for them to be true to their oath, apart from being professional and honest in handling the funds of their respective commands,” he said.

He noted that the DND has openly ignored the Senate’s recommendation early this year to replace Parlade, not only because his civilian position violates the Constitution but also because he “has become a liability” due to his careless remarks and flawed interpretation of certain provisions of the law.

Senator Grace Poe also said Congress will be forced to defund the task force if their recommendation to replace Parlade is not heeded. (Marites Villamor-Ilano / SunStar Philippines)