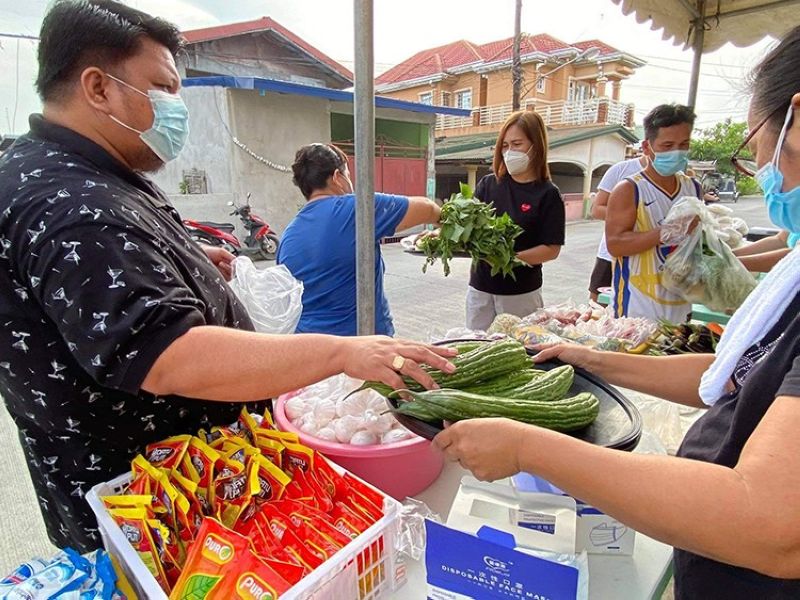 LANSENA NG APUNG KULAS. Volunteers from Barangay San Nicolas, in Masantol town prepare the goods that will be served to the needy through the community pantry. (Contributed photo)

ONLY a week since the Maginhawa Community Pantry first opened to the public on April 15, it has already inspired more than a dozen organizations in Pampanga to emulate such an initiative.

Six community pantries were likewise installed in the City of San Fernando located at Our Lady of Sorrows Parish Church, and in front of Jose B. Lingad Memorial Regional Hospital both in Barangay Dolores, in front of San Isidro Integrated School in Barangay Quebiawan, in front of Good Shepherd Parish at the Bulaon Resettlement area, at the parish church in Barangay San Jose, and in Barangay Del Pilar.

The Holy Cross College in Sta. Ana town and two non-government organizations in Barangays Mabiga, Mamamitang and Camachiles in Mabalacat City also opened their own community pantries this week.

Community pantries initiated by police stations of Mabalacat City, and San Luis and San Simon towns, as well as parish churches of Nuestra Señora Del Pilar in San Simon and San Bartolome in Magalang are likewise serving the public.

Another community pantry was also opened in Barangay Balucuc in Apalit town, as well as one more in Barangay Cabambangan, Bacolor.

The community pantry is a modern take to Filipino culture by providing in-kind assistance to needy while also encouraging people with financial means to donate.

Through the project, underprivileged persons can take whatever they need from the pantry for free.

Since the opening of the community pantries, several inspiring stories by grateful beneficiaries were shared on social media.