Not all healthcare workers in Davao vaccinated yet 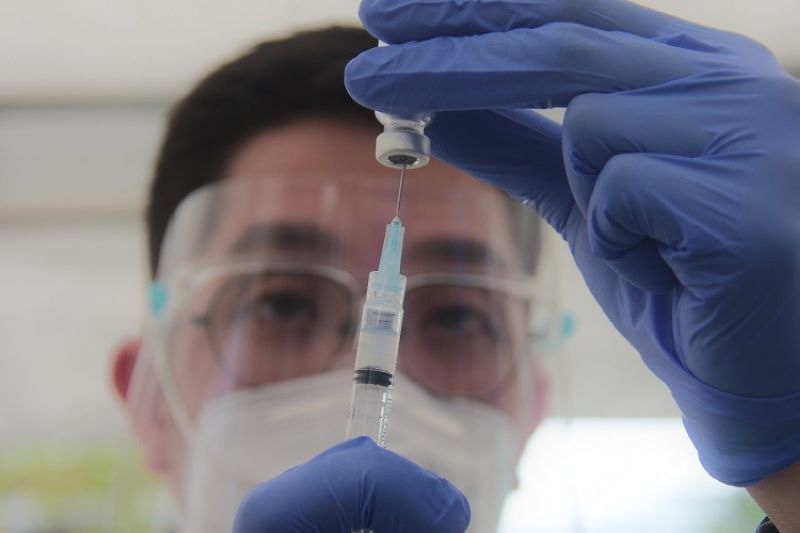 NEARLY two months since the Covid-19 vaccine rollout kicked off in Davao Region early March 2021, the Department of Health-Davao Region (DOH-Davao) said it has yet to finish inoculating some 84,000 priority health workers.

Dr. Janis Olavides, DOH-Davao vaccination team leader, said in a virtual presser on Wednesday, April 21, that they are currently finishing vaccinating all frontline healthcare workers, who are covered under Priority Group A1.

She added that the limited number of vaccines have also been one of the reasons why the region has not reached 100-percent completion.

She added that most vaccines are currently allocated in "high risk" areas in the country with a surge of cases, especially in the National Capital Region. This is the reason why they are now vaccinating the A2 group, she said.

She also said 282 health workers in the region refused to be vaccinated due to fear of getting the vaccine.

She said while they will not force anyone to be vaccinated, they continue to strengthen their information drive on the benefits of vaccines to convince them to be inoculated and that eventually, the refusal number declines.

Olavides said they continue to abide by the prioritization list set by the Interim National Immunization Technical Advisory Group (Nitag).

According to Nitag, A1 group is composed of frontline workers in health facilities both national and local, private and public, health professionals and non-professionals like students, nursing aides, janitors, barangay health workers, etc.; and A2 for senior citizens aged 60 years old and above.

Dr. Raquel Montejo, operations chief of the Covid-19 Vaccination Program in the Davao Region, said they already reached out to the central office for the distribution of the remaining balance of doses to finish inoculating the remaining A1.

Montejo said they are hopeful to finish vaccinating all A1 as soon as possible in order to proceed with vaccinating seniors.

She said they are expecting more batches of vaccines to arrive in the region.

While waiting for additional vaccines, Montejo encouraged local government units to start with their registration for the next priority groups.

According to DOH-Davao, a total of 353,268 seniors are targeted to be vaccinated in the second group. However, Olavides said the numbers might still increase as registrations are still ongoing.