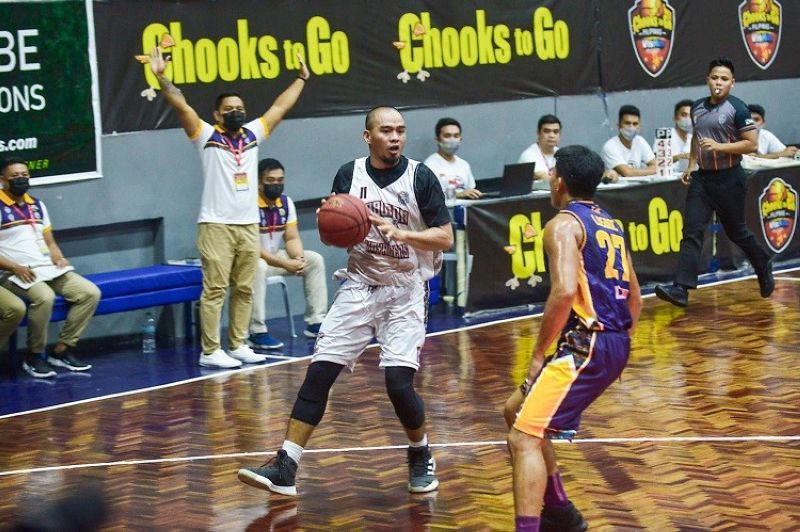 ALCANTARA — The Tabogon Voyagers gave the returning veterans of the ARQ Builders Lapu-Lapu City a rude welcome as they nipped the Heroes, 76-73, in the Chooks-to-Go Pilipinas VisMin Super Cup on Thursday night, April 22, 2021, at the Alcantara Civic Center in Alcantara, Cebu.

ARQ, which was welcoming back veterans Jojo Tangkay, Ferdinand Lusdoc, Franz Arong, Reed Juntilla and Dawn Ochea from a first-round-long suspension, had the inside track on the win as they led by six, 73-67, with a little over two minutes remaining.

However, Tabogon clawed their way back behind a stepback jumper by Gayford Rodriguez and two inside baskets by Arvie Bringas, the last one tying the game up 73-all with 1:35 remaining. After ARQ could not buy a basket on their next possession, Bringas got fouled and hit two free throws to put the Voyagers in front, 75-73, with 46 ticks left.

ARQ plenty of chances to tie the game or even take the lead but Tangkay missed two three-point tries from the corner and Tabogon was able to corral the loose ball that led to Peter John de Ocampo receiving an unsportsmanlike foul from ARQ guard John Abad with just two seconds remaining.

Almel Orquina made the first free-throw and missed the second as time expired, to give Tabogon the thrilling win that evened their win-loss record up at 3-3, the same record as their victims.

Voyagers head coach Expedito delos Santos Jr. said he was very proud that his players never gave up despite the odds.

Delos Santos also banked on his team’s speed and hustle to offset the presence of ARQ’s veteran core, who he thought might be rusty after spending the last week on the sidelines.

Bringas led Tabogon with 20 points and eight rebounds while Cebuano wingman Gayford Rodriguez showed he still has plenty of gas left in the tank as he piled up 16 points, nine rebounds, four assists, a steal and two blocks. Joemari Lacastesantos also had 16 markers and added six boards and five assists.

Meanwhile, Lusdoc scored 14 points for ARQ, which shot just 31% from the field against Tabogon. Ochea had 12 points and 10 rebounds while Tangkay chipped in 11 points, five boards and three assists. The Heroes though, remain without ace point guard Jerick Cañada who is still recovering from a hamstring injury.