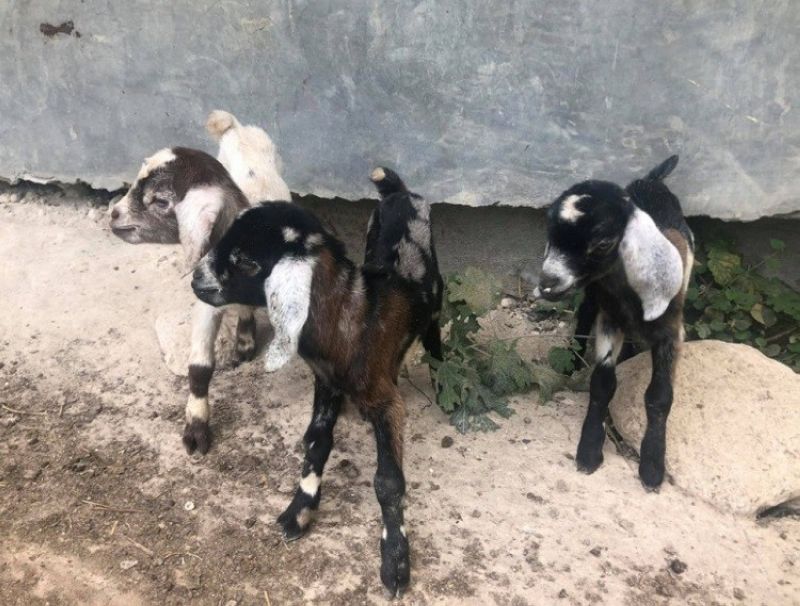 Provincial Veterinarian Renante Decena said they named the island-born triplets as Carla, Denise and Tony, who were born on Sunday, April 18.

Decena said the anglo nubian breed of goat is known for producing more meat, which is why the provincial government is upbeat that it will contribute to the dairy goat development in the province.

“It will boost the province’s livestock industry in general, as well as complement the efforts on achieving food security under the Abanse Negrense Development Agenda,” he added.

With the current population of 58 breeder stocks at the NFR, the province has always been optimistic to enhance the local dairy goat industry, the provincial veterinarian said.

This is by increasing its population through an infusion of island-born types of goats that will capacitate the production of large volumes of milk other than meat, he added.

The provincial government, through the Provincial Veterinary Office (PVO), is also advocating for the improvement of health status of the public school children as well as the welfare of the milk-consuming public.

The PVO has been working to subtly shift the preference of Negrenses from other beverages to milk.

Among its efforts included introducing and patronizing the province's own-produced fresh milk through one, conducting regular milk feeding programs in the community.

"These milk feeding programs aim to better the nutrition and health of the Negrenses especially the young ones," Decena said.

He said for almost two years, the province was able to distribute and release about 230 heads of dairy goat.

These were given as donations to local government units and some government agencies.

At the same time, it is easy to handle and manage as it requires low maintenance of feeding through tree leaves, weeds, grasses and agricultural by-products, he added.

The PVO noted that there is currently an increase in demand for goats considering that its economic, social and health significance is a plus factor to the value of dairy goat farming.

The number of goats in the province is also consistently increasing, it said.

Under its Dairy Goat Development Project, the provincial government aims to provide additional sources of income and livelihood as well as reduce poverty incidence among local raisers.

It is banking on utilization of goat milk either to be marketed as fresh or processed depending on the prevailing local demand or for household consumption and increasing the sufficiency of milk production and supply.