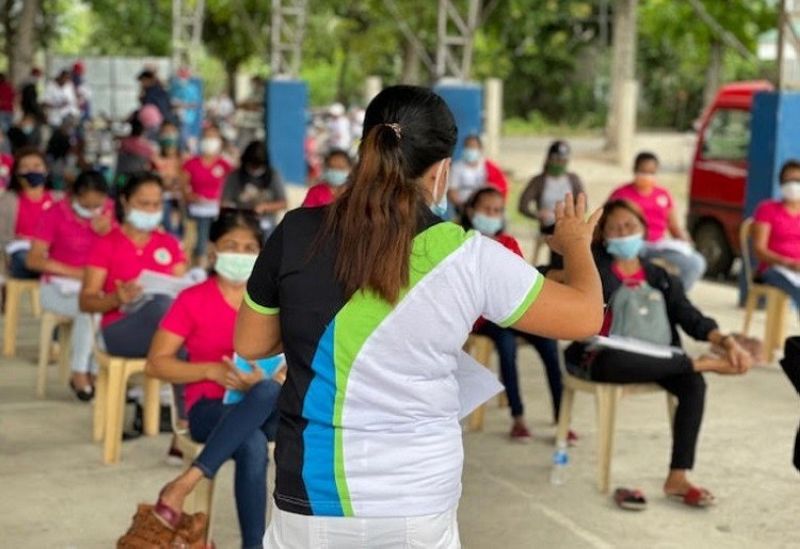 ELEMENTARY and High School students in Moises Padilla will now be getting the help they need in learning their modules as the local government launched its "Hugpong sa Pagtuon Magallon" program on Monday, April 19, 2021.

An orientation seminar was conducted by the Department of Education (DepEd) to 90 volunteer tutors comprised of daycare workers and licensed teachers held at the Barangay 1 covered court and Moises Padilla Elementary School simultaneously.

The program, which is the brainchild of Mayor Ella Celestina Garcia-Yulo, hopes to address the literacy problems of the town, as well as help in the learning of students, especially those in hinterland barangays who have no internet access and whose parents do not know how to read and write, since the roll out of DepEd's distance learning program.

Adults who do not know how to read and write may also take part in the program.

As per DepEd's record, Moises Padilla had a total of 10,653 students for the year 2021, wherein 7,159 were from elementary while 3,494 are from high school. Guinpana-an National High School Main had the highest number of enrollees at 1,392, while Salapid Elementary School had the lowest at only 99 enrollees among the 27 DepEd schools in the town.

Among the total enrollees of DepEd, 807 were non-readers, with Guinpana-an Elementary School having the highest number at 161 students out of 722 students enrolled in the school, while Guinpana-an National High School and its extensions had no non-readers.

Non-readers are readers who read below grade level and struggle with comprehension, phonics and vocabulary.

The initiative was supposed to be implemented in 2020, but due to the pandemic, it was placed on hold. (PR)