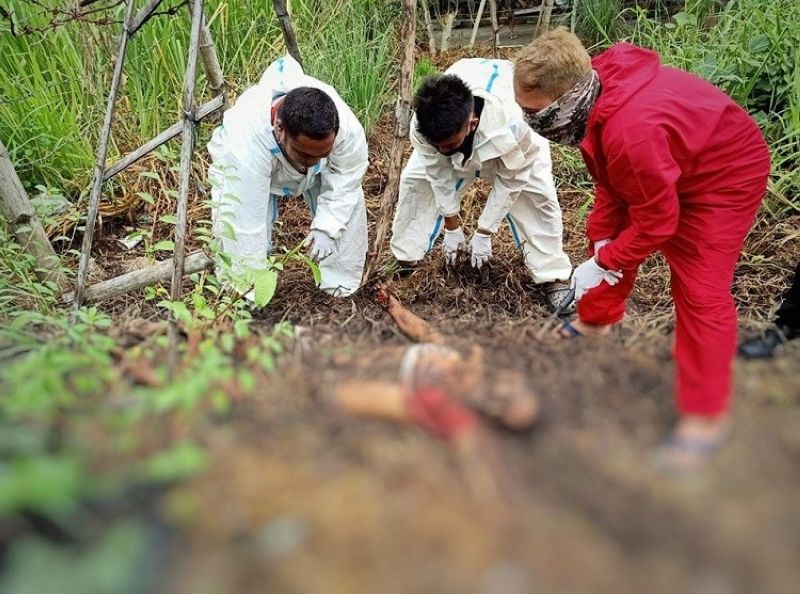 Police Station 7 investigation showed the victim went to the vacant lot at Carmenville Subdivision and tried to confront Wilfredo Sadaba, 73, a resident of said subdivision.

A heated argument ensued and Sadaba took a hardwood and attacked the victim. After hitting him, Sadaba took a bladed weapon and stabbed him several times.

After killing the victim, Sadaba buried him in a vacant lot in said area and tried to escape.

However, he was cornered by police officers in the area.

The police are eyeing a love triangle in the killing of the victim since Sadaba was a former lover of the live-in partner of the victim.

Sadaba was detained at the custodial facility of Police Station 7 and will be charged for murder.