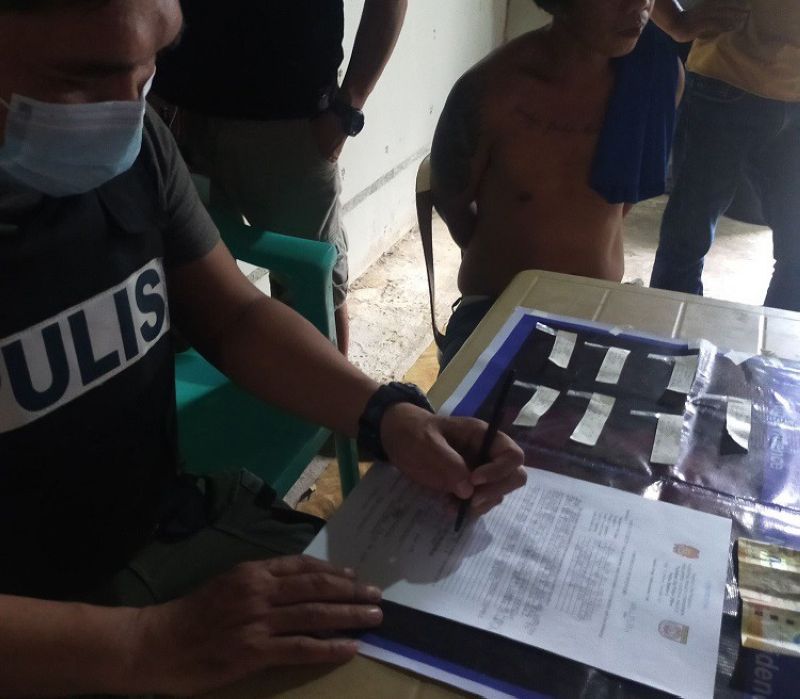 POLICE arrested on Thursday, April 22, 2021, a barangay kagawad and four other suspects in separate anti-drug operations in Eastern Visayas towns.

In Alangalang, Leyte, police identified the barangay kagawad as Mark Vergara, 32, who has been listed as a high-value individual of the town.

A poseur buyer was able to purchase from the suspect a sachet containing substance believed to be shabu, while confiscated from his possession and control were three small sachets believed to be containing shabu and buy-bust money.

The drug item was estimated at P2,500, police said.

Authorities said the recovered items from the suspect have estimated total weight of more or less one gram and have a total street value of P8,500.

In Calbayog City, two suspects were arrested in separate buy-bust operations. They were identified as Gelan Berano Balangkit, 24, and John Rey Dorado, 19.

Dorado allegedly sold a shabu worth P200 to an undercover policeman.

In Macrohon, Southern Leyte, police arrested Armando Lantikse Galupo, 23, after a poseur buyer was able to buy three sachets believed to be containing shabu in consideration of P15,000.

The buy-bust operations were conducted in coordination with the Philippine Drug Enforcement Agency, police said in the report.