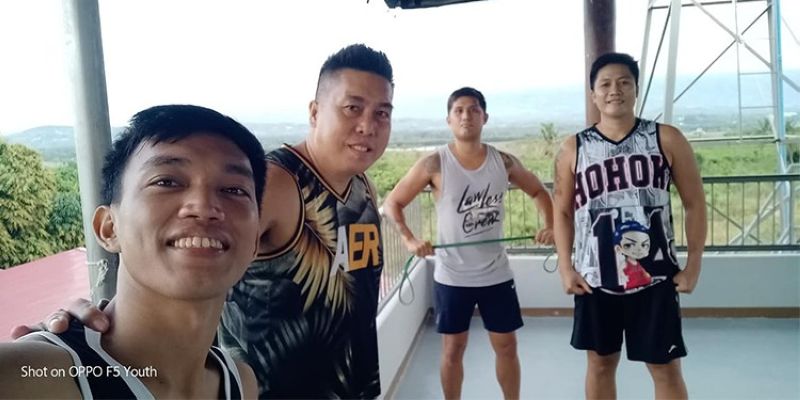 CEBU. Leode Garcia spends some time with his fellow University of San Jose-Recoletos products before they take the floor on Saturday against the ARQ Builders Lapu-Lapu Heroes. (Jaybie Mantilla Facebook page)

UNIVERSITY of San Jose-Recoletos Jaguars head coach Leode Garcia has been tapped to take over the reins of the Dumaguete Warriors in the Chooks-to-Go Pilipinas VisMin Super Cup.

Sources said that the previous head coach, Rommel Bin Avila Uka, had to exit the bubble to tend to personal matters. Garcia will take his place and will have the tough task of trying to get the Warriors back on track after losing four of its first five games.

Garcia will also have familiar faces to work with as he reunited with USJ-R products James Regalado, Mannie Gabas and Jaybie Mantilla, who he coached in 2019 when the Jaguars went all the way to the CESAFI finals where they lost to the University of the Visayas.

Garcia, a former standout of the Cebu Gems of the defunct Metropolitan Basketball Association, said he was excited to take on the job, no matter how tough the challenge is.