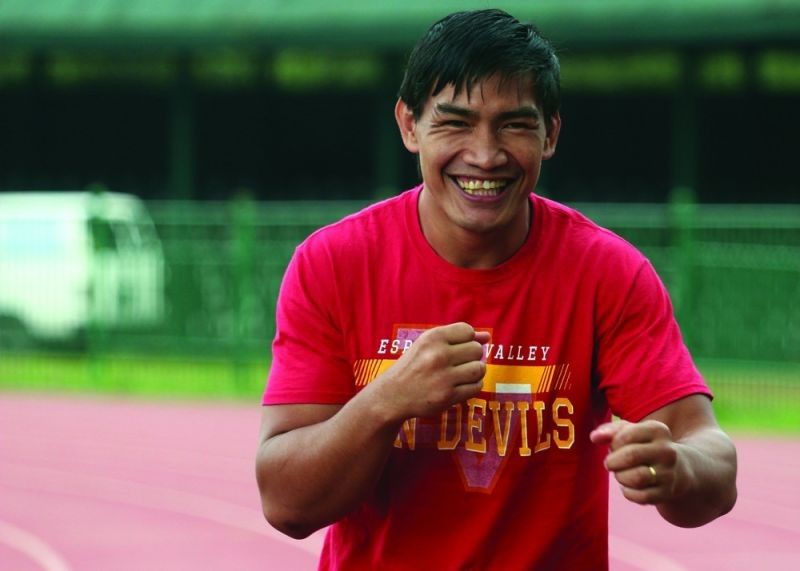 FILIPINO mixed martial arts star Eduard Folayang is in dire need of a win if he wants to stay relevant in the lightweight division of ONE Championship. He has dropped four of his last five fights since 2019.

With his back against the wall, the 36-year-old Baguio City native must show up in his best form against his former nemesis, Japanese legend Shinya Aoki, in their second rematch on April 29, 2021 in one of the featured fights of “ONE on TNT IV” at the Singapore Indoor Stadium in Singapore.

“There is no doubt in my mind. I want to show fans a strong, rejuvenated Eduard Folayang. I want to show them my best. I have faith in God, and I fight for my family, my teammates, and my countrymen. This is the most important fight of my career so far, and I will do everything I can to come out on top,” said Folayang.

Akiyama, however, was forced to pull out due to an injury, while Northcutt backed out of the fight because of Covid-19 health and safety protocols.

“This next fight is very important. It’s an important juncture in my career. Right now, the team is helping me prepare as always, and I am highly motivated to get this win. I have a pack of ferocious lions behind me, helping me sharpen my tools,” said Folayang.

Folayang is coming off back-to-back losses in 2020. He lost by split decision to Pieter Buist and by unanimous to Tony Caruso.

Despite his recent setback, Folayang is convinced that he’ll be able to end his slump and beat Aoki again.

“I’m ready to go to war. Mentally and physically, I’m going to bring the best Eduard Folayang to the Circle,” he said. “Nevertheless, I’m going to be well prepared for the test he presents. I’m a striker through and through, but I will make the necessary adjustments for this fight. I am confident I will get my hands raised at the end.”

Nobody has ever beat the 37-year-old Aoki twice in his 17-year career.

Aoki is currently ranked No. 4 in the lightweight division, wherein Christian Lee is the currently titleholder.

Folayang and Aoki first fought in 2016. Folayang scored a huge upset and knocked out Aoki in the third round to win the ONE lightweight title. In their rematch, Aoki submitted

Folayang with an arm triangle choke in the opening round in 2019 to win the ONE lightweight strap.