Bzzzzz: What make Cebu City Council colorful: speech-ful vice mayor, councilors who 'peruse,' secretary who hand-speaks. Yet media miss bombast from the likes of Kons Elizondo with his barong. 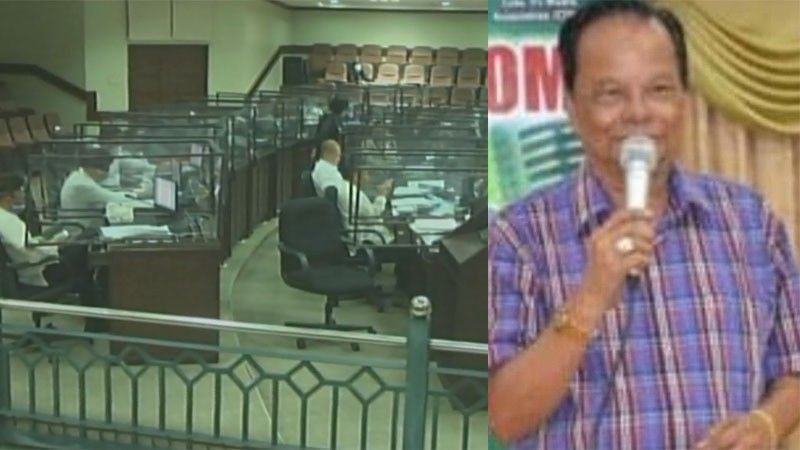 Not a storm, a drizzle

News media reported Friday, April 23, that less than a hundred doses were left for the three vaccination sites in Cebu City and, as of 11:30 a.m., operations at all the vaccination sites were stopped temporarily, to resume until more vaccines would arrive. The "good news" part: many seniors of the city were not vaccine-shy. All doses were used, city health department chief Jeffrey Ibones said.

The Vaccines Convenors may have to suspend too the use of "Vaccination Storm" in its publicity releases, even when new shipments come, at least until the drizzle of vaccines becomes a deluge.

From news reporters who cover the Cebu City Council, comparing notes with those who used to cover the Sanggunian:

[1] INCUMBENT KAGAWADS or many of them don't just read, they say they "peruse." meaning they read in a thorough and careful way, although on the 75-pages-or-so Carbon Market joint venture agreement, their constituents must have wished that they had at least read it.

[2] They unfailingly call the Sanggunian the "august" body, which necessarily includes its members in the praise. They praise the chamber and, in the process, themselves. OK for a guest to call the City Council "august" but must they say "Our respected and impressive selves" to the gallery?

[3] They rarely divide the House, which makes it different from other Sanggunians where there is a minority and a majority. Since last year, in the last quarter, Vice Mayor Mike Rama has strived to make the members agree on each move, settling differences, making compromise to avert any division of the House.

[4] Thus, one would miss the harsh or insulting words that used to fly in the Sanggunian, coming from one rival camp to the other;

[5] Principal attraction is the presiding officer who is often not speech-less: he does not run out of anything to say, runs the House informally (he names or refers to individual kagawads in his comments, as if he were addressing each personally), yet tightly (he gets things done).

[6] They have a Sanggunian secretary who lately does sign language as part of her multi-tasking, as the vice mayor put it. It could help those watching but can't hear the spoken words. A reporter quipped that he can't appreciate the grammar; sign language, we are told, has its own lexicon and grammar.

[7] SOME REPORTERS WHO USED TO COVER THE CITY COUNCIL say they miss the frequent division of the House as each rival camp tangled on almost every issue where their respective party leaders clashed. The dog-fights lent much of the color and sound of the local legislature then.

The probable reason: the councilors under each party regularly got "marching orders" from above. They quarreled and voted according to what the party bosses wanted. In a rallying call last year, VM said there would no more party lines and they would not be "rubber stamps" anymore.

Reporters at the time remember the likes of then councilor Ernesto Elizondo Sr. (1992-1995 term) -- who excelled in debating, oratory and boxing back in college -- spewing out bombast in his privileged speeches. Reporters would check out his attire each session as Kons Erning (88 last Thursday, April 22) had been claiming he would never wear a barong Tagalog more than once in the City Council. Was the claim true? At least no one ever proved that it was not.

And no, past Sanggunians didn't have a secretary like Atty. Chappy Piramide, who can also do the sign language for the live-streamed session.

No one is called a 'hero'

The president's proclamation #1128 -- dated April 8, 2021 but publicized only last April 17 -- does not mention the word "hero" or "heroes" in the celebration of the 500th year of Christianity in the Philippines. It referred to the April 27 Battle of Mactan as the "victory" of Lapu-Lapu and declared the year 2021 as the "Year of Filipino Pre-Colonial Ancestors."