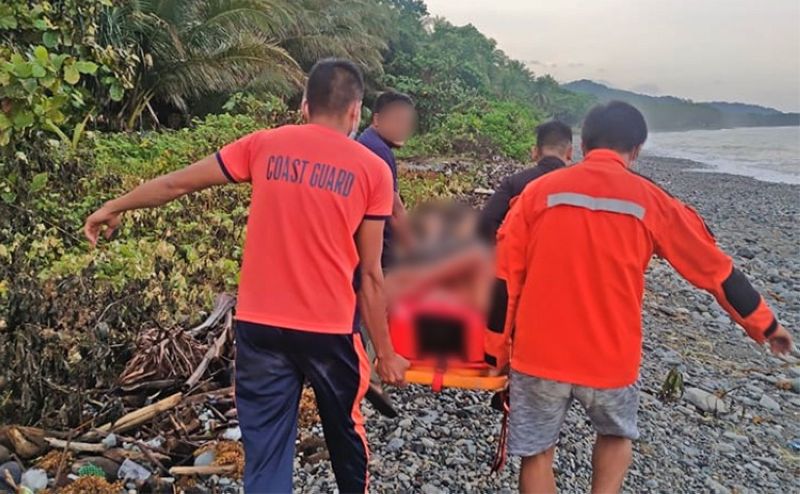 THE bodies of two more crew members of the ill-fated LCT Cebu Great Ocean were recovered Friday morning, April 23, 2021, raising the death toll from the maritime tragedy to six.

The bodies of Clint Auxtero and Lemuel Dadivas were separately found in Barangays Balite and Oslao, both in San Francisco town in Surigao del Norte, according to CGS Surigao del Norte chief Elaine Pangilinan.

She said they were identified by the human resources officer of their company. No other details were available.

Pangilinan could not also provide the names of the missing crew because the list drawn up by the company did not match the account of Roger Polo, the ship’s chief mate, who is also one of seven survivors.

‘Don’t worry about me’

The remains of Galon arrived at Pier 1, Cebu City early Friday morning. These were brought to the Cosmopolitan Funeral Homes before these were turned over to older brother Pejy Galon in Sitio Galaxy, Barangay Danglag in Consolacion.

Pejy told SunStar Cebu that the family was still in shock over Norman’s death.

Norman had called his wife, informing her that the LCT Cebu Great Ocean had tilted because of the big waves and strong winds caused by Typhoon Bising.

His last words were, “Ayaw mo kabalaka nako (Don’t worry about me).” Then the line was cut off.

Pejy said his younger brother could not have endured an ordeal at sea because he was paralyzed around 15 years ago.

He said Norman had an accident that resulted in a blood clot in his brain and rendered him paralyzed for a brief period.

Norman was the breadwinner of the family. He left behind a wife and two children, aged nine and three years old.

Norman, who was a licensed electrician, had dreamed of working overseas. He left home to work on LCT Cebu Great Ocean in February 2021.

It was his first time to work on board a ship. A one-year interisland work experience would have been his ticket to an overseas seafaring job.

Pejy said their family met with the shipowner on April 22. The shipowner had promised to provide assistance and release the 13th month pay and the last pay of Norman.

One of the survivors, Jojie Villanueva, was reunited with his parents Lisa and Warlito in Surigao City Friday morning.

Gullas said he felt relieved when he saw a photo of Jojie reuniting with his parents.

Gullas said he met with Jojie’s parents in their home in Barangay Linao, Talisay City on Thursday, April 22.

He then ordered his personnel to bring the couple to the Cebu Port so that they could take a boat to Surigao City.

A formal investigation into the accident is being conducted by the Marine Casualty Investigation Unit of the Philippine Coast Guard (PCG), Pangilinan said.

Pangilinan earlier said the vessel had come from Agusan del Norte, where it was loaded with nickel ore from Agata Mining Ventures Inc.

Its starboard anchor chain broke on April 17 as the ship was buffeted by big waves and strong winds caused by Typhoon Bising. The captain tried to seek shelter, but the vessel drifted towards Jagna, Bohol.

At about 11 p.m. of April 17, the vessel began listing by five to six degrees, causing the cargoes to spill to the starboard side.

Polo related that the crew moved the cargoes towards the portside.

At around 7 a.m. of April 18, the angle of list had increased to 10 degrees as shown on the clinometer and seawater had flooded the engine room and steering room.

Polo said they tried to stay together, but eventually got separated because of the rough seas.