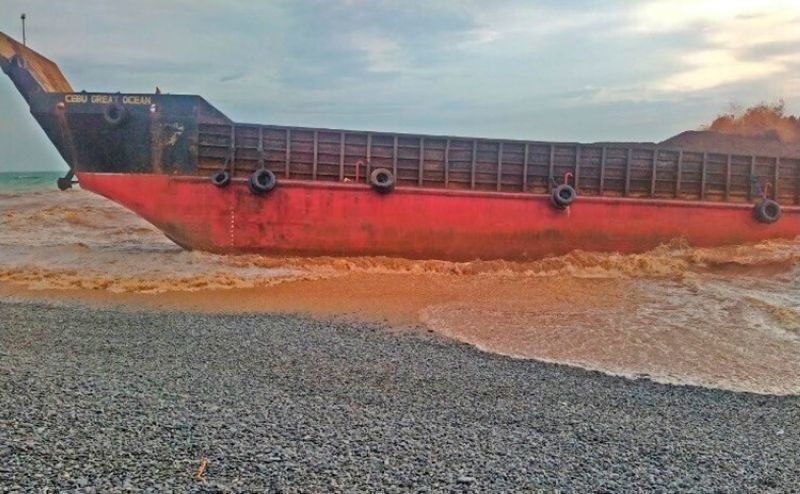 THE Philippine Coast Guard (PCG), in a report on Saturday, April 24, 2021, said the PCG Station Surigao del Norte has issued a "certificate of salvage inspection number 1" for the salvage operations intended for the ill-fated LCT Cebu Great Ocean.

The certificate of salvage inspection no. 1, a supporting document for salvage operations, was issued to Raul Basmayor, a PCG-accredited salvor.

Based on PCG's initial investigation, the LCT Cebu Great Ocean carried nickel ore and contained about 2,000 liters of diesel fuel.

The vessel ran aground near the shoreline of Barangay Cantapoy in Malimono, Surigao del Norte on Monday afternoon, April 19.

Initial investigation also revealed that the vessel requested to take shelter (anchorage) near Jabonga, Agusan del Norte because of big waves brought about by Typhoon Bising.

While at anchor, the ship's anchor chain broke. This resulted in a distressed ship that led crew members to abandon ship.

The ship's engine room also drowned after the ship capsized.

Of the 20 crew members of the vessel that abandoned the ship, only seven have been reported to have survived, as of Sunday afternoon.

Seven others remained missing and six were confirmed fatalities. (WBS)