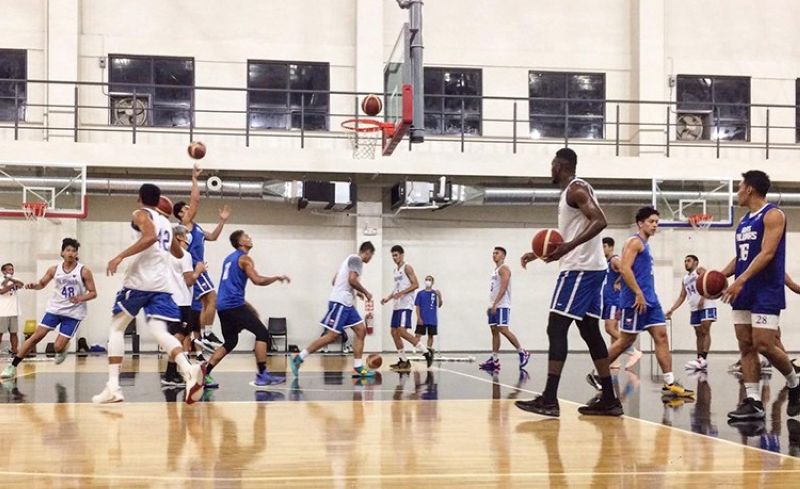 The Samahang Basketbol ng Pilipinas announced on Sunday that a 20-man pool would re-enter the Gilas Pilipinas training camp at the Inspire Sport Academy in Laguna. (Inspire Sports Academy)

Former Cesafi MVP Rey Anthony Suerte and Cebuano big man Carl Tamayo are part of the 20-man pool that will take part in the Gilas Pilipinas training camp that resumes on Monday, April 26, at the Inspire Sports Academy in Laguna.

Suerte, the two-time Cesafi MVP and Tamayo, the agile 6-foot-7 big man of the University of the Philippines, will join 18 others in training in preparation for the FIBA Asia Cup Qualifiers on June 16-20 in Clark and the FIBA Olympic Qualifying Tournament in Belgrade, Serbia on June 29-July 4.

"The Samahang Basketbol ng Pilipinas heeded the instructions of the Philippine Sports Commission when they asked all national athletes to halt their training during the Enhanced Community Quarantine. When the IATF announced that they will be lifting those limitations, we immediately worked on getting the team back together," said SBP president Al Panlilio in a statement. "Of course there were protocols that we had to complete including the testing for all the members of the pool but the team's ready to go back to work."

While there were plenty of new faces that joined the Gilas camp back in March before it was halted because of the enhanced community quarantine that was imposed in different areas of NCR, only eight were asked to come back. These were Tamayo, Jason Credo, Jordan Heading, Lebron Lopez, RJ Abarrientos, Geo Chiu, SJ Belangel, and Tzaddy Rangel. Also returning is naturalization prospect, Ange Kouame.

"We appreciate everyone's eagerness to rejoin the bubble and we're hopeful that the team will get to pick up where they left things off before they broke camp," said Panlilio. "The FIBA Asia Cup Qualifiers and the OQT are fast approaching and, although the postponements have been tough on everyone, we remain confident that this training pool will put in the work necessary to perform at their best." (JNP)