Coca-Cola shares stories of women behind every bottle 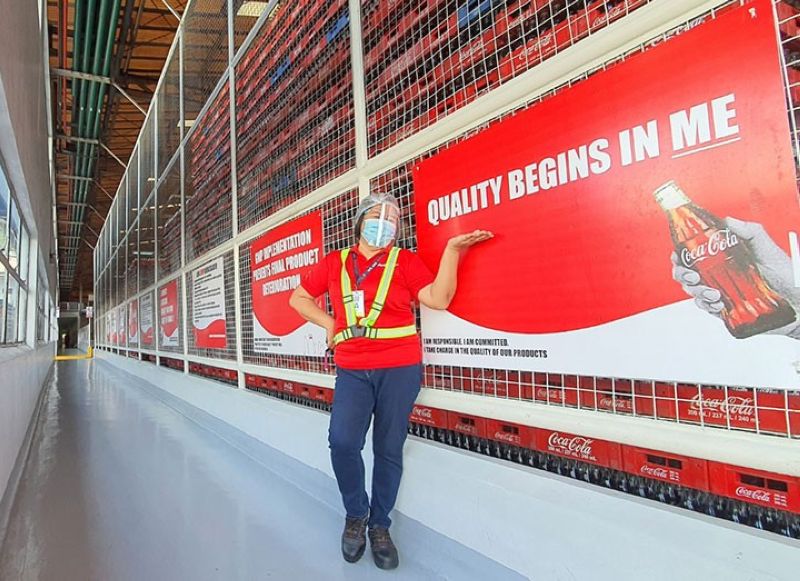 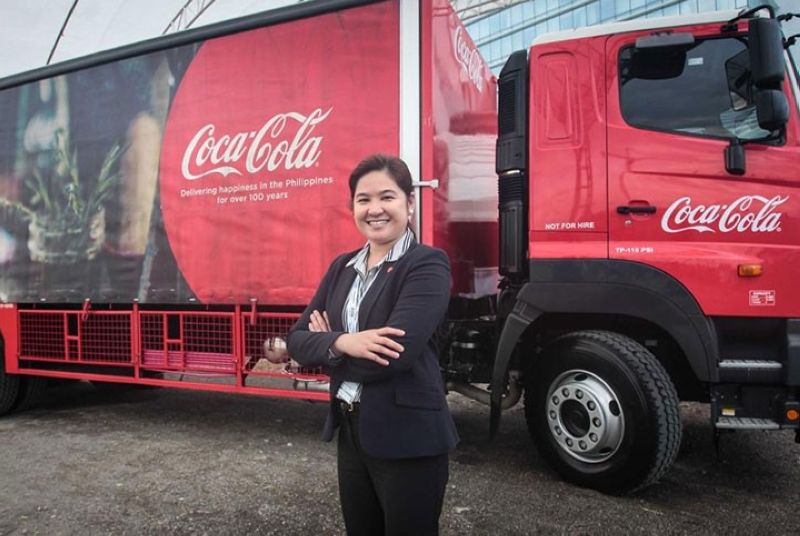 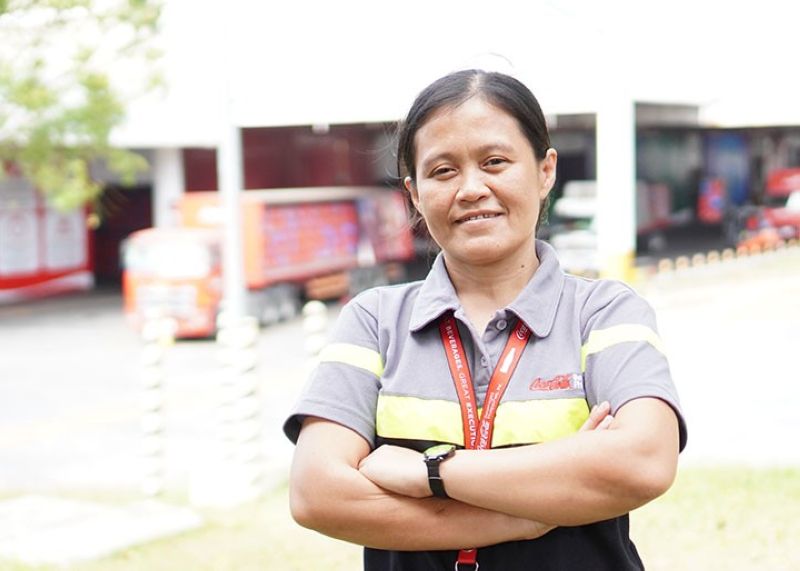 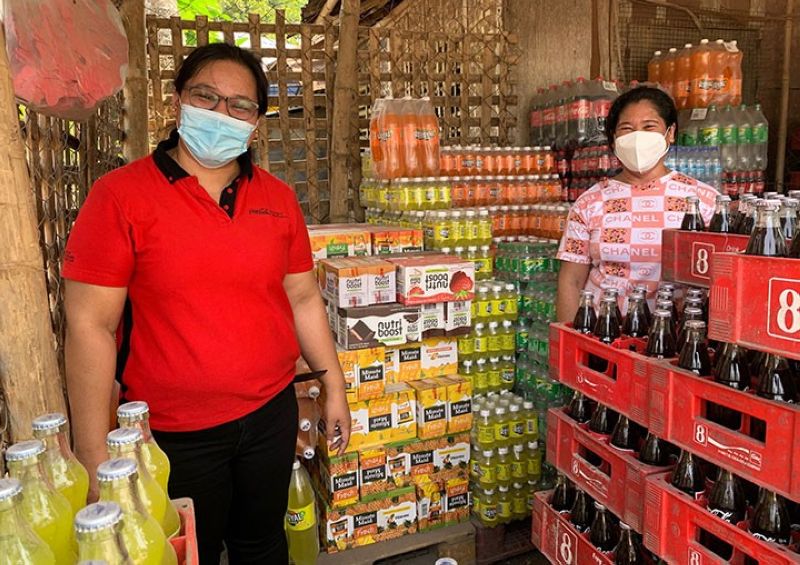 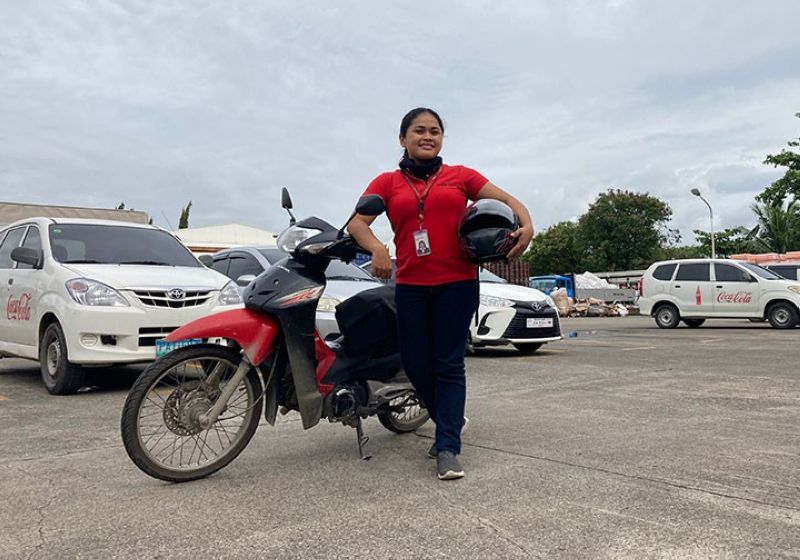 COCA-COLA has been bringing refreshing moments to Filipinos for 108 years—with 20 manufacturing plants, over 70 distribution centers and sales offices and 10,000 associates across the country, via its manufacturing arm Coca-Cola Beverages Philippines Inc. (CCBPI). The key to the success of the world’s most loved beverage lies in how each bottle is made through its real secret formula—its people, their stories and their commitment to refresh the world and make a difference.

CCBPI champions a People-First approach, a culture that fosters empowerment, support and equal opportunities for all its 10,000 associates. This underlying principle strengthens people development and enables everyone in the organization to work hand-in-hand in cultivating an environment where everyone can lead change and shape the company’s future.

Integral to the company’s milestones are its women associates who have been continuously contributing through their various areas of expertise—from manufacturing to logistics and commercial operations, to name a few. These women, supported by strong teams and the company’s People-First culture, have been key in achieving Coca-Cola’s mission of creating a better future for its communities and customers, one bottle at a time.

Maria Ana Mauricio oversees plant operations in Davao City and ensures that the manufacturing process employs nothing but Coca-Cola’s world-class standards. With her at the helm, raw materials are prepared and the bottling process begins: syrup is mixed with water, bottles are filled and capped and rigorously inspected for quality control.

Maria Ana is a chemical engineer by profession and has worked in the company for 30 years, in various roles and in different sites. In her current posting at the Coca-Cola Davao City plant, Ana has further improved technical parameters for quality and efficiency, keeping all processes top-of-the-line. With her outstanding track record, she has made her way up from her start as a Quality Assurance Analyst, to becoming the production manager of Davao and Misamis Oriental Plant, and now, the plant manager of a world-class manufacturing facility.

She has also made multiple significant contributions to Coca-Cola’s growth in the region. In 2011, she was part of the Plant Leadership Team that inaugurated the Misamis Oriental Plant and saw the expansion of its bottling operation to seven bottling lines. She helped propel the plant toward success, with it receiving the highest degree of recognition as one of Coca-Cola’s best performing plants in the country. Her transformational leadership has inspired plant associates to become leaders of their own.

After a bottle is manufactured, it travels from the plant to the distribution centers, the dealers and to the market. Sophisticated logistics and heavy machinery are necessary to accomplish hundreds of thousands of transactions and deliveries every day.

Ruth, a strategic mover and one of the country’s leading supply chain logistics professionals, is Coca-Cola’s logistics director. She has paved the road in serving Filipinos in Luzon, Visayas and Mindanao through the company’s fleet of almost 1,500 transport units, which weave in and out of distribution centers to reach supermarkets, sari-sari stores and other partners.

Among her many accomplishments, Ruth has led the opening of several strategic warehouses, which opened more opportunities in the market; created central auxiliary services, which significantly improved the quality of logistics network through which Coca-Cola products flow; and has led the creation of advanced systems such as GPS monitoring to strengthen road safety protocols. Most recently, her team worked with the company’s technology team and helped implement innovative tech infrastructure to heighten health and safety protocols for frontline logistics associates during the pandemic.

Known by her colleagues as a natural mentor and coach, she takes the company’s People-First approach into action—her passion for sharing insights with her colleagues have helped them improve, within and beyond the workplace.

Ruth joined Coca-Cola in 2012 as Supply Chain strategic manager and has accelerated her way to becoming the logistics director. She has transformed the Logistics Team into an agile and solid team—and has made it one of the highest performing teams in the business.

The journey of a bottle continues, from warehouses to being part of customers’ lives. Lorelyn, a delivery service representative or a Coca-Cola driver, conquers busy streets to deliver refreshing moments to customers. She starts her workdays at 4 a.m. and spends long hours on the road, expertly maneuvering her vehicle laden with heavy cargo. Through Coca-Cola drivers like Lorelyn, Coca-Cola bottles reach supermarket shelves, retailers and sari-sari stores.

Lorelyn is a single mother of six. In addition to being able to provide for her family from behind the wheel of an iconic fleet, she has achieved one of her lifelong dreams through her hard work and determination—buying a piece of land and building a home for her loved ones.

With the support of Coca-Cola and the equitable opportunities given to women like Lorelyn, such as professional training and career growth, associates are able to fulfill their potential and give their families a better future.

A huge part of Coca-Cola’s success is its massive commercial growth. Through leaders who maximize market potential, each Coca-Cola bottle helps the livelihood of micro and small businesses like sari-sari stores.

Leading and executing market strategies for the Negros province under the West Visayas cluster is Susette, who travels long-distance every week to ensure that Coca-Cola products reach as many stores as possible and help MSMEs grow their business, and to deliver exceptional service to customers.

Based in the Sibulan sales office, Susette is the region’s sales manager. She goes home to Iloilo City on weekends for her children, travels back to Bacolod through a Ro-Ro vessel at 4 a.m. on Mondays to report back to work, then drives for several hours to meet up with her team. With Coca-Cola fostering work-life balance among its associates, Susette guides her team to success and helps small businesses thrive, especially during the pandemic—without having to sacrifice quality time with her family.

As a leader, Susette consistently coaches her colleagues, accompanying them on sales routes, and making sure that market strategies are executed well. Through her leadership and the support of her territory managers and pre-sellers, Susette’s team has achieved in their region one of the highest market shares in the country.

Cecille, a pre-seller in Coca-Cola’s distribution center in Talisay City, Cebu, conducts routes every day on her motorcycle to ensure that stores and other trade channels are well stocked, and that consumers are sure to bring home a bottle every time they set out to buy one. She wakes up at 5 a.m. and works tirelessly throughout the day until she reaches about 50 outlets by sundown. Through pre-sellers like her, Coca-Cola is able to serve and support the one million sari-sari stores in the country.

Cecille has been with Coca-Cola for seven years. She consistently delivers exemplary results in hitting her targets despite the challenges of the pandemic, and has been awarded for being a top achiever in her field. But more than anything, she is extremely proud that her work allows her to help countless micro-businesses thrive—by providing them with quality service, new products and a steady supply of well-loved Coca-Cola beverages. With Coca-Cola, she is able to build lasting relationships with customers as she fully supports her family.

At every milestone of the storied journey of every Coca-Cola bottle stand hardworking and driven associates who are creating ripples of positive impact, on behalf of the company and for communities. Coca-Cola believes that through its great people, who are enabled by and empowered through a People-First environment where men and women support each other in their roles, there is only one thing to look forward to—a brighter, better future for everyone. SPONSORED CONTENT