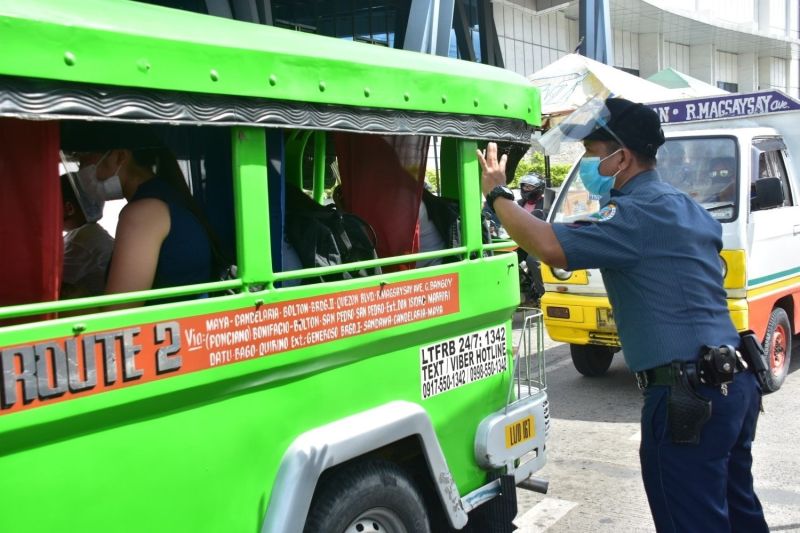 DAVAO City Mayor Sara Duterte said Monday, April 26, that the City Government has appealed to the Regional Inter-Agency Task Force (RIATF) Against Covid-19 for the entire Davao Region to be placed under a "semi-closed border."

Duterte-Carpio said in a radio interview that this is on top of the formal letter the City Government sent to the RIATF, appealing to approve stricter screening measures for travelers passing the region's checkpoints early this month.

She said they already received feedback from the Department of the Interior and Local Government (DILG), the lead chair agency of the RIATF.

According to the mayor, the RIATF already asked chief executives in different local government units in the region for comment on the city's proposal.

She added, "Hopefully, something will come out of it na ma-semi sirado ang atoang region (imposing a semi-closure of our regional border) except for those essential travelers."

In a previous radio interview, Duterte-Carpio said the appeal is based on the recommendation of the Department of Health-Davao Region to impose stringent screening measures in border checkpoints within the region.

This came after Covid-19 cases in some parts of the country continue to experience case surge and the recent discovery of new Covid-19 variants in neighboring provinces in Mindanao.

According to reports from the Philippine News Agency, General Santos City now has its first confirmed case of B.1.1.7 coronavirus variant and three confirmed cases of P.3 variant in Iligan City.

Duterte-Carpio said the region should work on cutting the transmission of the virus by means of fast-tracking isolation of Covid-19 patients and contact tracing.

The mayor said this was initially the plan of the city last year. But she admitted that it would be a problem since the city is the center of commerce.

"Maglisod man gud ta og sirado sa atoang siyudad (We cannot close our entire border in the city) because of our exchange of people and businesses with our silingan (neighboring region and provinces)," she said.

The mayor said they are hoping that their appeal would be granted.

Another part of her letter to the RIATF is for a region-wide quick response (QR) system to expedite the exchange of contact tracing information among local government units (LGU).

Duterte-Carpio said this was an idea coming from Davao de Oro Governor Jayvee Tyron Uy, who lobbied for a unified QR code system for easy mobility within the region.

Meanwhile, the mayor also said the city will also be submitting another proposal to the regional body, but she declined to disclose what it will be.