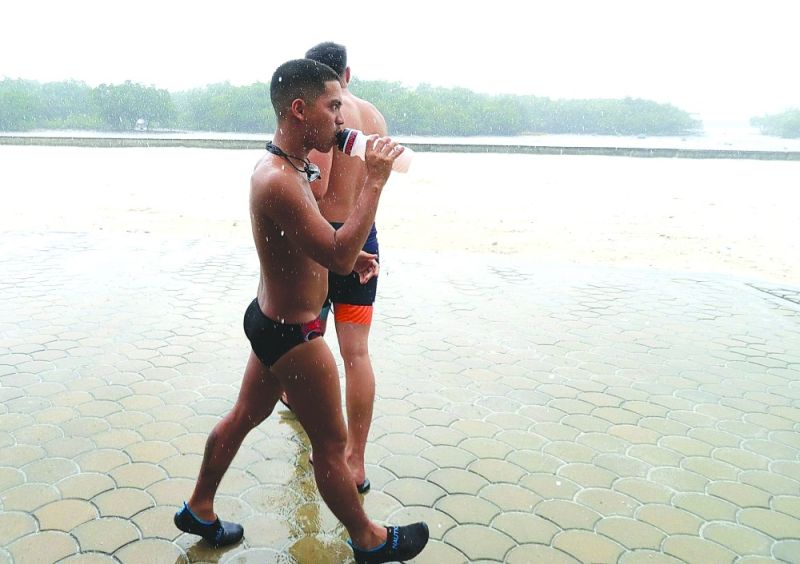 He swam a total of 44 kilometers.

Initially, his aim was to finish the feat in 20 hours. But with conditions favoring him, he ended up shaving three hours from his target.

Alegres is the first native of Lapu-Lapu City to swim around the Mactan Island.

He dedicated his achievement to the quincentennial celebration of Lapulapu’s victory over Ferdinand Magellan at the Battle of Mactan on Tuesday, April 27.

Alegres also wanted to send a message to the public about the importance of protecting the environment, especially the oceans.

He said everything went as planned until he encountered some problems off the coast of Cordova town. He said it was low tide and he ended up hurting himself on sea urchins.

(I told myself that my ordeal would end eventually. I cut my hand on sea urchins because of the low tide. I just ate two Snickers bars and one Powerbar.)

For his accomplishment, Alegres received P42,000 from the Mactan Electric Company.

Lapu-Lapu City Mayor Junard Chan, who was on shore to greet a weary, but happy Alegres, said the City Council will pass a resolution giving Alegres P100,000.

(What happened today is a historic moment. It’s a proud moment for us, Oponganons, that one of Lapulapu’s descendants from Barangay Maribago successfully swam around Mactan Island.)

Alegres’ next plan is to swim around the whole province of Cebu. (GCM / PJB)