Duterte-Carpio wants Davao City to be under MGCQ 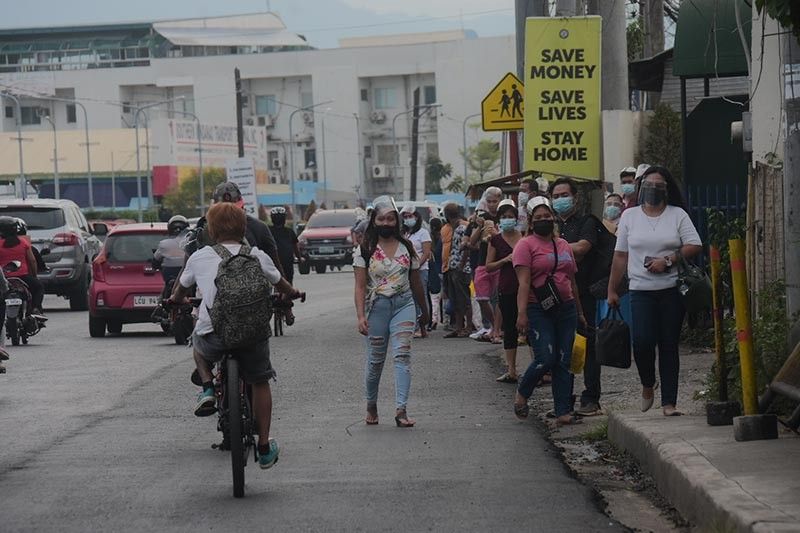 DAVAO City Mayor Sara Duterte-Carpio said she wants the city to be under modified general community quarantine, but fears that there will be low compliance in the health protocols.

"Of course, gusto nato mag-MGCQ. Ang dili lang nato gusto sa MGCQ is that mapareho siya last year nga abi sa mga tao kung MGCQ (we wanted to shift to MGCQ, but we don’t want to experience what happened last year to MGCQ), and this is the lowest form of community quarantine, kanang mawala ang vigilance and pag-strictly follow sa (some won’t be vigilant or will fail to strictly follow our) minimum health protocols," Duterte-Carpio said on Monday, April 26, in an interview on 87.5 FM Davao City Disaster Radio.

It can be recalled that when the city shifted to MGCQ from July 1 to November 20, it lifted the curfew, 24-hour liquor ban, and food and medicine (FM) pass. This has partly led to a steady increase of Covid-19 cases.

The city reimposed the movement restrictions, except for the FM Pass, in a bid to control the rise of Covid-19 cases.

At present, Davao City, the only GCQ area in Davao Region, is a "low-risk" city due to the continuing downtrend of cases beginning February this year.

The mayor pointed out that the public tend to be complacent when cases are decreasing.

Meanwhile, Duterte-Carpio said she wants the city to shift to MGCQ since more establishments will be allowed to operate and operational capacities are increased.

"Duna man gud kalahian ang (There is a difference between the) operational capacity sa (under) GCQ ug sa (and) MGCQ under sa DTI [Department of Trade and Industry] memorandum para sa atoang (for) businesses," she said.

The mayor reiterated that it is the Inter-Agency Task Force on Emerging Infectious Diseases (IATF) that decides the quarantine status of each city, municipality, and province.

Based on the April 26 to May 1 Covid-19 barangay risk classification, no barangay in the city was classified as critical and high risk barangay.

The mayor said while it manifests the slow transmission of the virus within communities, this does not mean for the public to be complacent in observing minimum health protocols.

"Dili ta maging complacent na walay barangay nga naa sa (We should not be complacent just because there is no barangay classified under) critical risk because it's still a pandemic. So magpadayon gihapon atong (We should continue our) vigilance," she said.

She also reiterated that the current measures like the 9 p.m. to 4 a.m. curfew and 24-hour liquor ban will not be lifted anytime soon. The two measures, which are set to end on May 31, might be extended for another month to prevent a possible surge of cases.