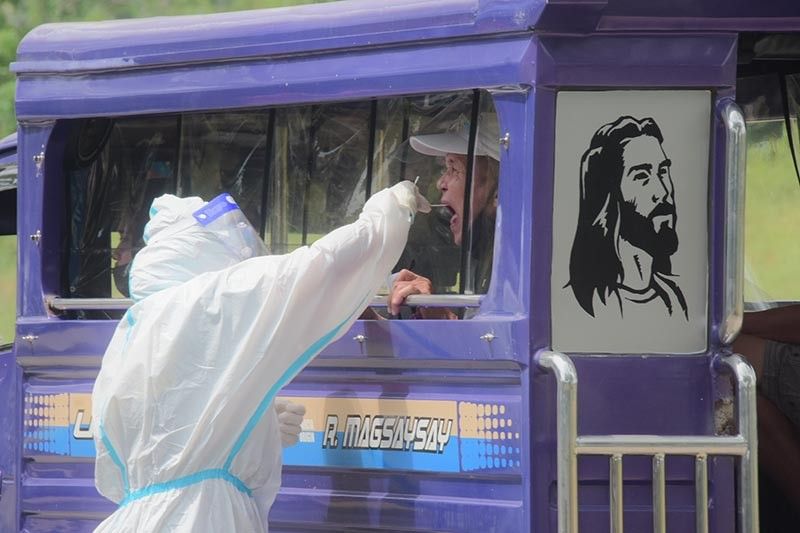 THE Davao City Government is targeting to swab more than 21,000 drivers of public transportation vehicle drivers in its Covid-19 surveillance testing.

City Transport and Traffic Management Office (CTTMO) head Dionisio Abude said in a radio interview on Tuesday, April 27, that based on their record of those who registered and renewed the Public Utility Vehicle ID, the number reached a total of 21,382.

Excluded in the data are motorcycle drivers of food and online item delivery services (i.e. Grab, Foodpanda, Shopee, Lazada, etc.), but are also included in the issued Executive Order (EO) 22, "An Order Providing For Heightened Surveillance and Response of Covid-19 Cases in Public Ground Transport and Delivery Service in Davao City."

The drive-thru free swab testing already started Monday, April 26, and will run until May 8, from Monday to Saturday, 8:30 a.m. to 11:30 a.m. at the Davao Crocodile Park in Maa Diversion Road.

Abude said they were able to swab 335 drivers on the first day.

Due to the limited number of test kits, and space in the area, the official said they limited the number, and set a schedule for other targeted drivers to ensure the public transportation in the city will not be affected. Walk-in drivers would still be catered.

While said the EO is not mandatory, the CTTMO chief encouraged them to avail of the free swab test.

Abude said drivers of public ground transport and delivery or courier services are deemed high risk of exposure to Covid-19 and identified as potential sources of transmission.

He already coordinated with the Highway Patrol Group to allow tricycle drivers to traverse along highways for them to go to Crocodile Park.

He also suggested to the City Health Office (CHO) to designate another swabbing area to outside downtown areas especially in Bunawan, Calinan, and Toril.

"Medyo delikado sa ilaha kung muanhi sa (It would be dangerous for them if they would go to) Crocodile Park," the official said.

On Tuesday morning, April 27, the CHO conducted another surveillance swabbing in Barangay 76-A, where vendors were the primary target of the swabbing, but habal-habal and tricycle drivers were already included in order for them not to travel at Crocodile Park.

Land Transportation Franchising and Regulatory Board (LTFRB)-Davao Director Nonito Llanos said in another interview that they required all public utility vehicle (PUV) drivers to comply with the City Government’s drive-thru swab program.

Llanos made the order by issuing Office Circular 2021-04. He said failure to comply with the directive will be sanctioned.

Mayor Sara Duterte-Carpio said that targeted drivers who will avail of the free swab test will also receive grocery packs, vitamins, and snacks.

Aside from the free RT-PCR testing and gift packs, the drivers can also avail themselves of free tuberculosis testing.