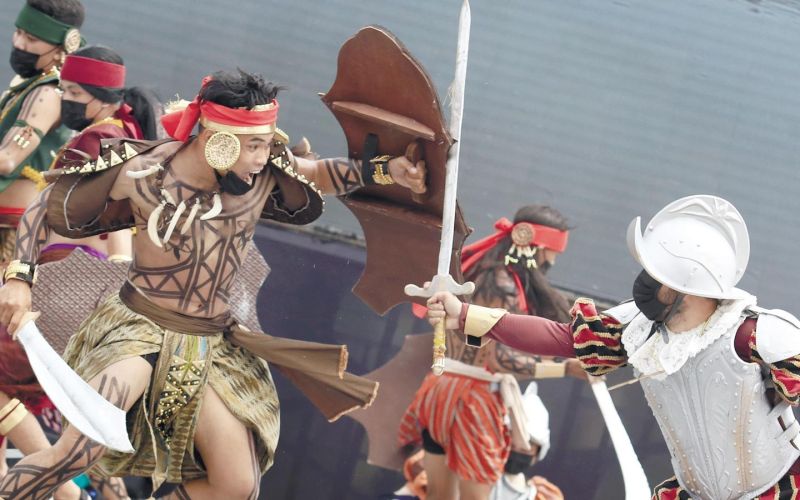 IN THE HEAT OF BATTLE. Lapulapu (left) clashes with Ferdinand Magellan during the reenactment of the Battle of Mactan at the Liberty Shrine in Barangay Mactan, Lapu-Lapu City on Tuesday, April 27, 2021, which marked the quincentennial celebration of their historic meeting. Lapulapu was said to be the first native to resist Spanish interlopers. / ALAN TANGCAWAN 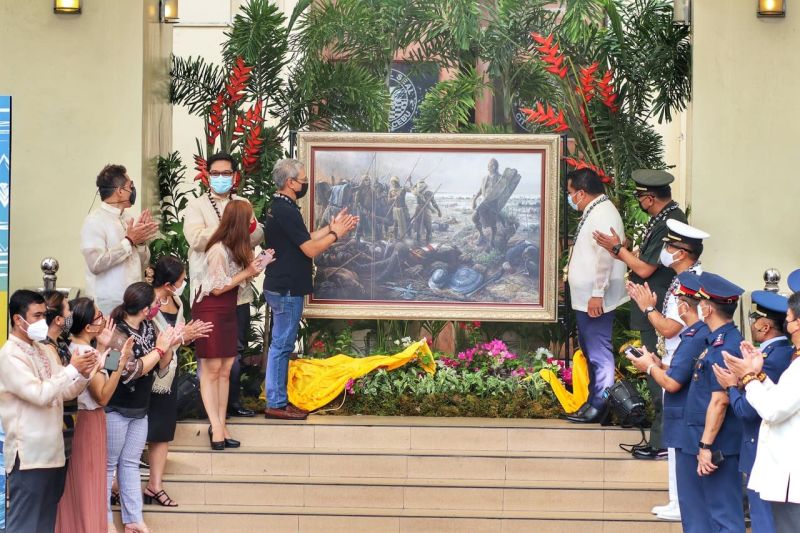 UNVEILING. Atty. Rey Gealon (right, in barong), representative of Mayor Edgardo Labella, leads the unveiling of the painting of the Battle of Mactan by renowned Cebuano painter Romulo Galicano at the Cebu City Hall as part of the City Government’s celebration of Lapulapu Day. / ALAN TANGCAWAN 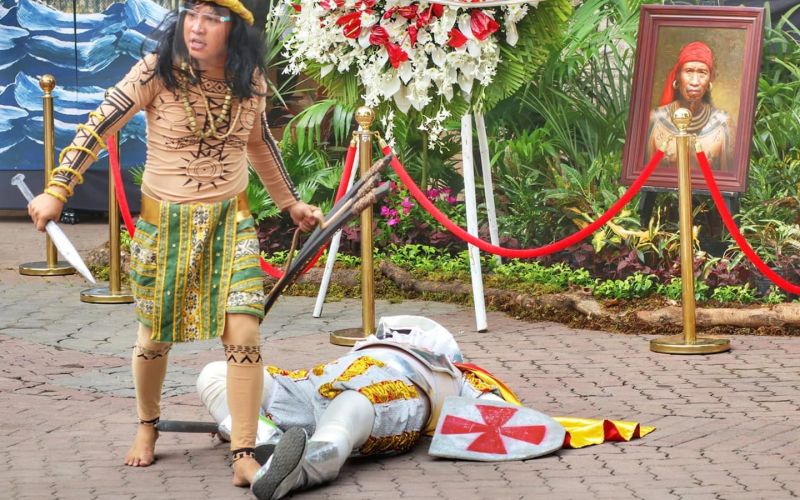 VICTORY. Sandiego dancers reenact the final moment between Lapulapu and Magellan in front of the Cebu City Hall. / AMPER CAMPAÑA 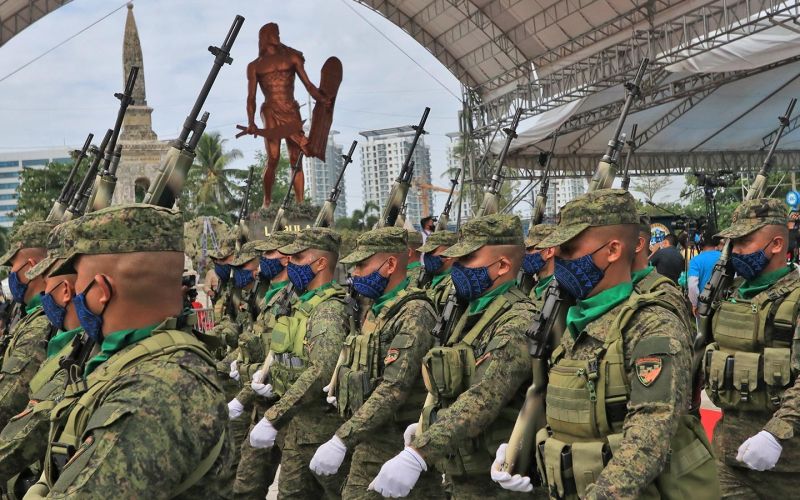 PAYING RESPECTS. Members of the Armed Forces of the Philippines Central Command perform a parade and review in front of the statue of Lapulapu at the Liberty Shrine in Barangay Mactan, Lapu-Lapu City. / ALAN TANGCAWAN

TUESDAY, April 27, 2021, marked the 500th anniversary of Lapulapu’s victory over Ferdinand Magellan in the Battle of Mactan.

It was a special working public holiday around the country and a non-working holiday for Lapu-Lapu City since President Rodrigo Duterte declared April 27 as Lapulapu Day.

To mark the occasion, the Lapu-Lapu City Government held a reenactment of the battle at the Liberty Shrine in Barangay Mactan that was attended by city officials led by Mayor Junard Chan, Sen. Bong Go, Presidential Spokesman Harry Roque and Office of the Presidential Assistant for the Visayas Secretary Michael Dino, among others.

In Cebu City, the City Government celebrated the fourth Lapulapu Day with flag-raising and wreath-laying ceremonies, a short presentation by the Sandiego dancers and the unveiling of Lapulapu’s portrait by the renowned Cebuano painter Romulo Galicano.