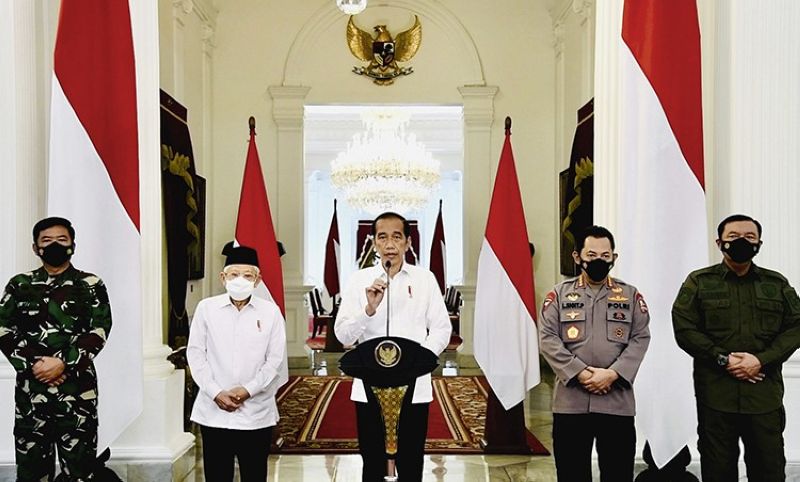 The clashes began early this month in Indonesia’s easternmost Papua province after rebels set fire to several schools and shot to death two teachers in Beoga village in Puncak district.

Police, military and intelligence forces joined together to find the attackers, who authorities believe belong to the West Papua Liberation Army, the military wing of the Free Papua Organization.

Rebels in Papua have been fighting a low-level insurgency since the early 1960s, when Indonesia annexed the region, a former Dutch colony. Papua was formally incorporated into Indonesia in 1969 after a U.N.-sponsored ballot that was seen as a sham by many.

Papua police chief Mathius Fakhiri said a joint military and police force killed five of the Papuan fighters in a battle with dozens of rebels armed with military-grade weapons as well as axes and arrows in Makki village Tuesday. He said a police officer was shot at his stomach and died while two others were injured.

Security forces managed to evacuate the body and injured officers to a hospital in nearby Mimika district near the mining town of Tembagapura on Tuesday while the joint force was hunting other rebels who fled to the jungle, Fakhiri said.

Sebby Sambom, a spokesman for the liberation army, who was earlier confirmed the police claim, changed his statement after receiving latest information from a National Liberation Army of West Papua commander, Lekagak Telenggen, who told him that all five victims who died during the clash were civilians.

“There are no casualties on our side, this is all public deception,” Sambon said. “Indonesian security forces have stormed several villages in Puncak district and shot villagers, many died and injured.”

Tuesday’s clash happened two days after Papua’s intelligence agency chief Brig. Gen. Gusti Putu Danny Nugraha was shot in his head and died in a rebel ambush. The ambush occurred while the general was patrolling Dambet village in Puncak district with 13 other personnel on motorcycle after rebels set fire to an elementary school and houses in the village.

President Joko Widodo has ordered government forces to hunt down the rebels.

“I emphasize that there is no place for armed criminal groups in Papua and in all corners of the country,” Widodo said in televised remarks on Monday.

Attacks by rebels in several districts in Papua have spiked in the past year, including in the Grasberg mine.

The Grasberg mine’s vast gold and copper reserves have been exploited for decades by U.S.-based Freeport-McMoRan, damaging the surrounding environment while providing significant tax income for the Indonesian government.

But indigenous Papuans have benefited little and are poorer, sicker and more likely to die young than people elsewhere in Indonesia. (AP)