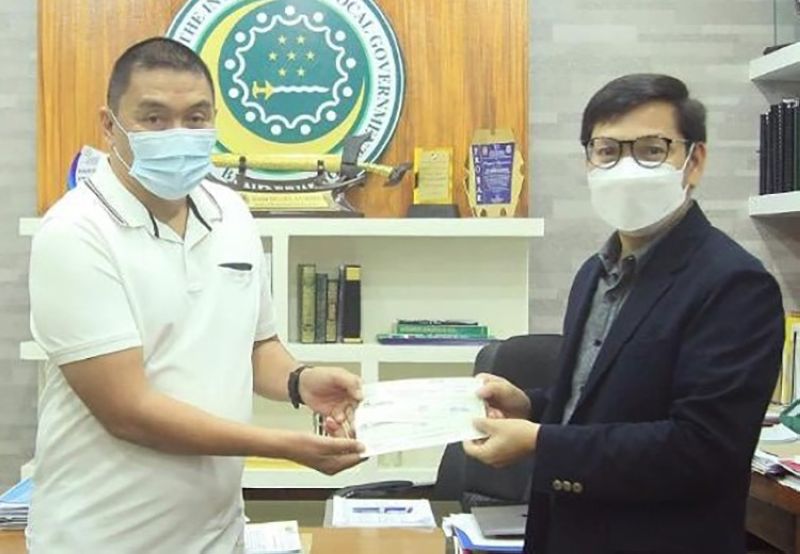 LAWYER Naguib Sinarimbo, minister of the Ministry of the Interior and Local Government in the Barngsamoro Autonomous Region in Muslim Mindanao (MILF-Barmm), handed over a P12.5-million check Wednesday, April 28, to Datu Blah Sinsuat (DBS) Mayor Datu Marshall Sinsuat, representing the first tranche of check for the construction of the town's two-story municipal hall.

Sinarimbo said the P12.5-million check represents 50 percent of project's total budget of P25 million. The remaining 50 percent budget will be given upon the 80 percent physical completion of the project.

Sinarimbo said the project, subsidized under MILG's regular funds and contingency fund provided by the Office of the Chief Minister, aims to enhance local government units' service delivery for their constituents.

On January 18, Sinarimbo and Barmm Chief Minister Ahod Ebrahim signed a memorandum of agreement with the town mayors of Talayan, Kabuntalan, South Upi, Datu Blah Sinsuat, and Sultan Kudarat for the construction of their respective two-story municipal halls.

Sinarimbo said the establishment of town halls will strengthen the local government unit's reach on the communities at the grassroots.

Sinarimbo is set to lead Thursday, April 29, the ground breaking for the two-story municipal hall in South Upi, Maguindanao.