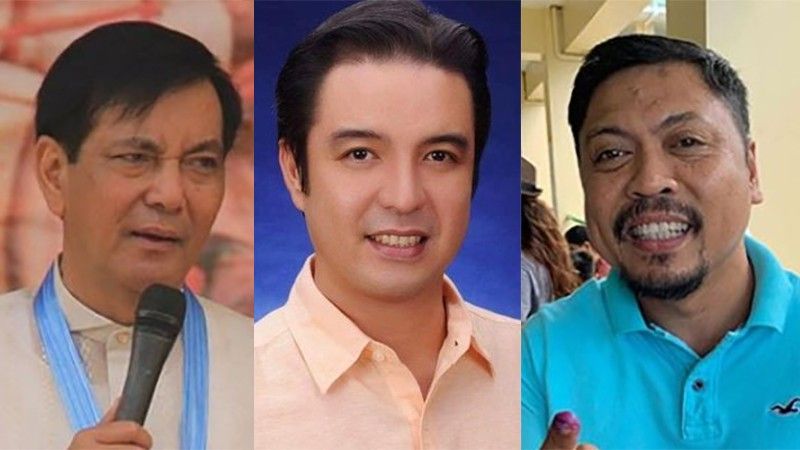 A PRESENTATION by representatives of DPWH to the Cebu City Council of the plan to solve the flooding caused by the Mambaling underpass revived the anger of a number of councilors over the national agency's handling of the almost P800 million project.

Vice Mayor Mike Rama, Sanggunian presiding officer, who also comes from the south district, in the Wednesday, April 28, regular session, blasted the N. Bacalso Ave. tunnel project as "stupid" because, he said, there was no need for it as there was no traffic problem or drainage problem before the underpass was built.

Rama, stepping down from his chair and speaking as a member, said "stupid," training his guns at the original project, minding less on the DPWH plan to correct the mistake and solve the drainage problem. He stressed there was flooding there before: "Por Diyos, por santo, wa nang baha diha." He called the project "stupid" at least seven times, with the last "stupid" tucked in his wish that the new solution would not be so.

The DPWH reps said the underpass project cost the national government P700 million and the road widening P16 million. They could not tell how much the corrective measures they outlined in the plan would cost.

LACK OF COORDINATION. Councilors Edu Rama and Philip Zafra scored the lack of coordination between the regional office and the district office of DPWH. Earlier, in a consultation last year with the Sanggunian, a DPWH official admitted that the underpass project was a failure from the beginning because the drainage component, a water-catcher "the size of an Olympic swimming pool," was eliminated and its substitute, drainage at the side roads, could not be implemented because of road-right-of-way problems.

The corrective plan is the result of coordination between the national public works and highways agency and the city's engineering office. It fits in with the master drainage plan for Metro Cebu and may still be revised before it is implemented, which endangers the national fund for it, Councilor Rama pointed out, since unused appropriation reverts to national coffers.

Cebu City's Vaccine Convenors will meet at 4 p.m. Thursday, April 29, to explore ways of getting a certain and steady supply of vaccines. Friday last week, April 23, Cebu City's vaccination sites stopped operations because of zero vaccines. The supply has been "tigis-tigis," convenors head Mike Rama said, in a drizzle, far from the "vaccination storm" that the convenors advertise.

Despite the erratic flow of vaccines though, Rama has scheduled a "massive information, education and communication campaign" to encourage enthusiasm of residents to be vaccinated.

The convenors haven't given the extent of the vaccination-shy sector or the date of the resumption of inoculation. Still, Rama has scheduled a "carousel-type" of campaign next week. A councilor described it as a "pulong-pulong"-style activity, where the principal speakers are politicians plus a few doctors. Which drew the quip from a City Hall watcher that the vaccination campaign could also could help expose to grassroots audiences the councilors seeking reelection next year: two V's, vaccines and voters.

Mike Rama didn't categorically tell broadcaster Jayson Monteclar, in his April 26 "The Not So Late Show" interview, that the vice mayor would run for vice mayor again instead of gunning for the position of mayor.

Instead, Rama compared himself to the "good father who'd sacrifice for the family." If it would assure victory for his party (Barug), he said, he'd make the sacrifice. "It is US," he said, "united and sacrifice."

TWICE. It was the second time VM Mike publicly said, or indicated, he would not run for mayor. Earlier, he said so to columnist Frank Malilong Jr. That, after he said several times last year in the City Council, referring to the October 2021 deadline for filing candidate's certificate, that he would "not run for the same position."

At first, when asked by Monteclar about his earlier pronouncements, he denied twice before relenting that he did say he wouldn't run for vice mayor again.