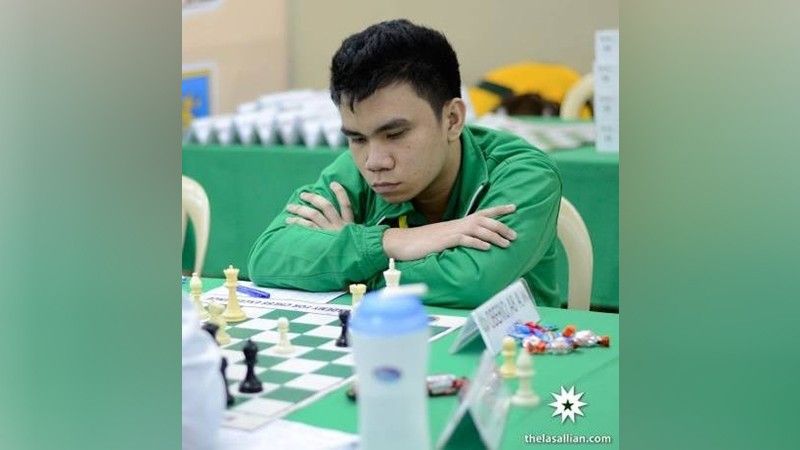 The 26-year-old Oberio, who also won the sixth week title, drew with Lopez and Salubre in the final two matches of the 10-round tournament organized by the Provincial Sports and Youth Development Office under the authority of the Provincial Government of Davao del Norte.

He lost to AGM Christian Gian Carlo Arca in their fourth round encounter.

"Na-blunder ko, instead knight akong ipang capture sa pawn, bishop akong napang-capture. Wala ko nag-expect naa diay tactics (I made a blunder as I used a bishop in capturing the pawn instead of using the knight. I didn't expect that my opponent has prepared a strategy for me)," he said.

Oberio, however, went on to beat seven other opponents including Ramil Langamon, JB Pullos, Charles Magsayo, James Catayas, and Kenneth Tabada, among others.

As of April 23, Oberio trailed in third spot in the overall individual open ranking with 20 points. Salubre kept the top spot with 30 points followed by Lopez (21).

The Samaleño hopes he can still retain his spot among the top three in the final ranking.

In boys 15-under, Arca of Panabo City led the overall ranking with 28 points followed by Jerome Pullos (23 points) and James Catayas (18) in second and third, respectively.