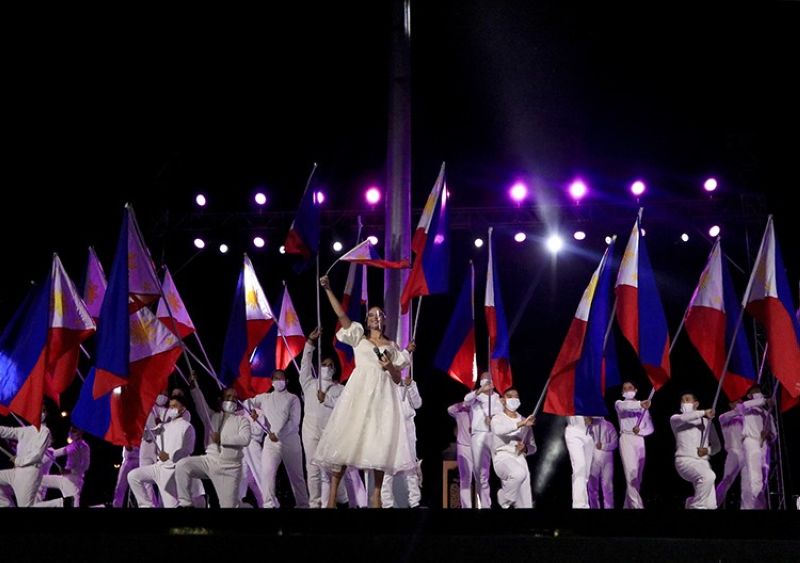 FLAG PRIDE. Miss Universe 2018 Catriona Gray sings "Raise Your Flag," her own song that has yet to be launched, to a flag choreography executed by local dancers during the Victory of Mactan Quincentennial Concert at the Liberty Shrine in Lapu-Lapu City on Tuesday night, April 27, 2021. Gray was also host of the event. (Alan Tangcawan) 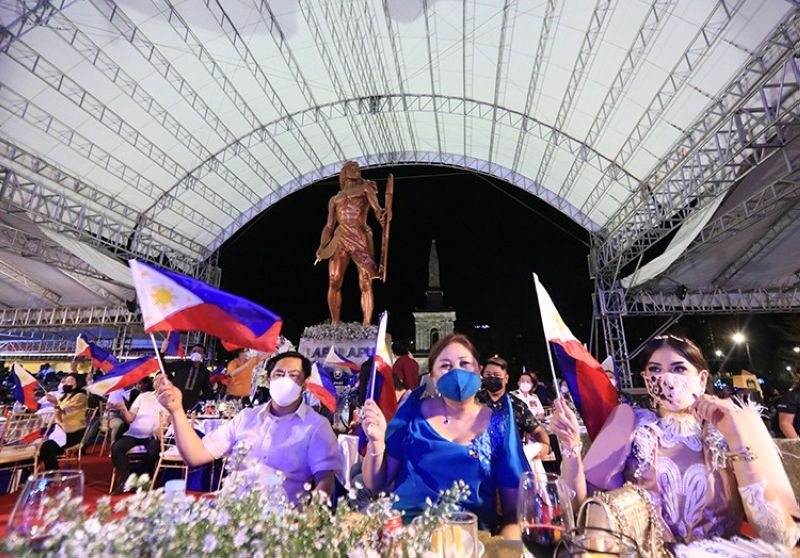 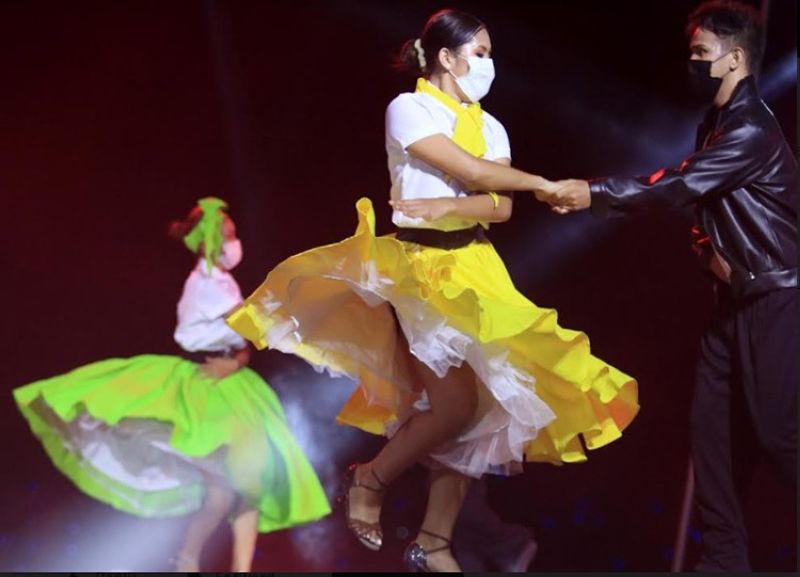 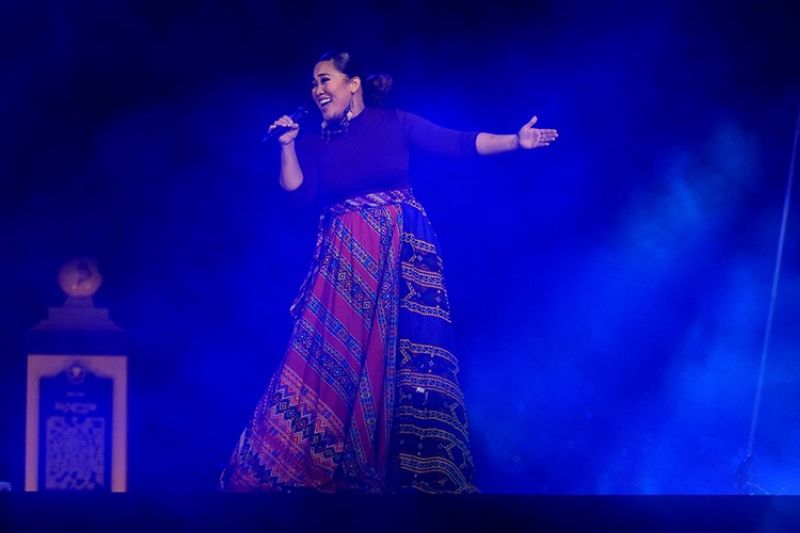 SONGBIRD PERSONIFIED. Cebuana singer Anna Fegi-Brown belts out a tune during the Victory of Mactan Quincentennial Concert at the Liberty Shrine in Lapu-Lapu City on Tuesday night, April 27, 2021. (Alan Tangcawan)

WHEN it comes to celebrating milestones, the government is sure to spend millions to stage a grand event, which often features a celebrity or two.

Such was the case of the quincentennial of the Battle of Mactan, the historians’ term for the April 27, 1521 skirmish between one of Mactan chieftains, Lapulapu, and Spanish sailors under the command of Portuguese explorer Ferdinand Magellan, who died in the fight.

There was a reenactment of the battle, which was staged by local actors.

The Covid-19 pandemic forced the City not to hire famous actors to play the roles of Lapulapu, his wife Bulakna and his nemesis Magellan. In past reenactments, the good-looking actors who played the roles of Lapulapu and Magellan often portrayed the fighting with the native hero winning the fight, even though Pigafetta’s account of the battle is silent on who killed Magelllan. (If one consults the song of the late great Bisaya hitmaker Yoyoy Villame, Magellan does not die right away. He is still able to cry and begs his mother to call the doctor as he is sick.)

In the evening of April 27, 2021, the Lapu-Lapu City Government honored Lapulapu with a Victory of Mactan concert featuring famous personalities, including the Filipino-Australian stunner Catriona Gray, the 2018 Miss Universe, Lapu-Lapu City’s own Janine Berdin, the Tawag ng Tanghalan champion, and Ana Fegi-Brown, the international singer with roots in Toledo City.

Aside from staging one-day only events to honor the heroism of Lapulapu and his fellow natives, it would be worth the while if the students in the country, or at least in Cebu, would be fed with in-depth literature on Lapulapu.

To remember a hero, it is not enough to memorialize him by erecting monuments, building shrines and museums, naming places and government facilities after him, offering a baseless account about his origins and staging a concert with a lineup of celebrities.

To remember Lapulapu, his act of defiance and his place in history must be studied.