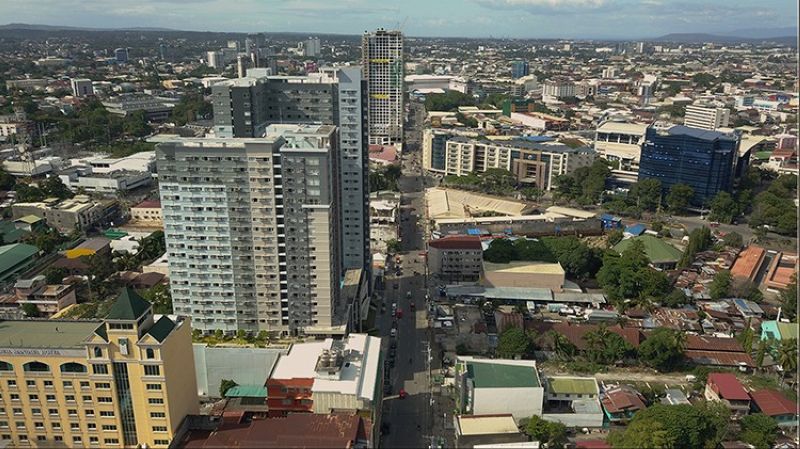 THE economy of Davao Region contracted by 7.6 percent in 2020 due to the Covid-19 pandemic but still remains to be the fifth biggest economy in the country, according to the Philippine Statistics Authority (PSA).

National Economic and Development Authority (Neda)-Davao Director Maria Lourdes Lim said this is "better" than the negative 9.6 percent growth rate of the country.

"Despite the pandemic, Davao Region remained as the biggest economy in Mindanao with a value of P832 billion," Lim said.

Abaro said GRDP covers the value of goods and services, produced by the region in a given time, while GRDE is defined as the expenditure of residents of the region in the domestic territory plus their expenditures in other regions including the rest of the world.

Ten out of 17 regions in the country have posted lower contraction rates compared to the decline rate recorded at the national level. Davao Region was one of these 10 regions. However, it ranked fifth with the highest per capita GRDP/GRDE at P157,270. It improved its ranking from sixth rank the previous year.

She said the contraction of the region's economy was caused by less business activities and work interruptions due to the movement restrictions implemented by the local government units to curb the spread of the virus.

Lim said the private consumption, which is 66 percent of GRDP or approximately P547 billion, recorded a negative 7.5 percent growth. This translated to around P44.5 billion reduction in private consumption expenditure in the region or an average of P122 million per day.

The Neda official also revealed that the employment rate of the region declined to 82.1 percent in the second quarter of 2020, as 1,087 establishments retrenched 18,470 workers, and 48,701 micro, small and medium enterprises (MSMEs) were affected.

"However, as the economy slowly reopened, employment rate by the end of 2020 improved to 93.2-percent, with unemployment down to 6.8-percent," she said.

With the record decline in Davao Region’s GRDP, all major expenditure items posted decline in 2020 except Government Final Consumption Expenditure (GFCE). Government spending or GFCE of the region increased by 11.9 percent.

"This is on account of the government's higher spending in response to the pandemic, including disbursement for Bayanihan I and II, and other health programs to contain the spread of the virus," Lim said.

According to the PSA data, the industries with the deepest dive were Other Services with a contraction of 38.2 percent, Accommodation and Food Service Activities with a decline of 34.7 percent, and Transportation and Storage with a drop of 34.5 percent.

Meanwhile, there were five sub-industries that performed positively in 2020. Topping the list were Financial and Insurance Activities with an expansion of 7.9 percent, Public Administration and Defense with an increase of 6.4 percent, and Information and Communication that grew by 3.9 percent.

Services, which contributed 58.9 percent share to the regional economy, declined by 6.7 percent in 2020 as almost all its sub-industries contracted in 2020. Industry, which accounted for 24.2 percent share, dropped by 14.9 percent mainly attributed to the decreases recorded in Mining and Quarrying, Manufacturing, and Construction.

Agriculture, Forestry, and Fishing (AFF) contributed the least to the total economy of the region with 16.9 percent share.

Lim admitted the Covid-19 presented an "extraordinary challenge" for the region. But she said the government is taking better risk management.

Another risk management approach is the enactment of the Government Financial Institutions Unified Initiatives to Distressed Enterprises for Economic Recovery (Guide) Bill to address solvency problems of firms, fast tracking of the Build Build Program, and timely implementation of project funds.

She added that the growth drivers for 2021 and 2022 are construction, information and communications technology, banks and financial intermediaries, agriculture, and food manufacturing.