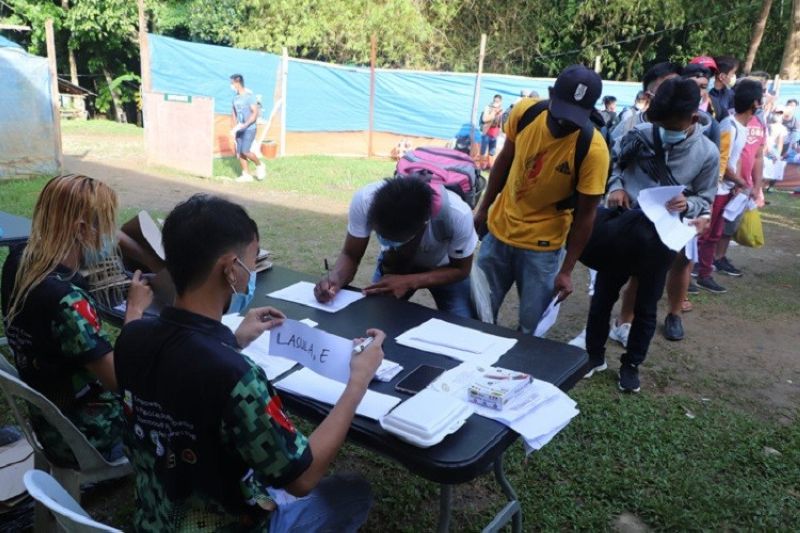 ZAMBOANGA. The Philippine Army’s 53rd Infantry Battalion, in partnership with concerned stakeholders, holds a three-day youth leadership summit from April 26 to 28, which was attended by 191 youths from different areas of Zamboanga del Sur. A photo handout shows the participants registering at the opening day of the summit at Camp Major Cesar Sang-an that houses the 1st Infantry Division headquarters in Labangan, Zamboanga del Sur. (SunStar Zamboanga)

The three-day activity, which was the fifth batch of Youth Leadership Summit (YLS) Zamboanga del Sur (ZDS) 2021, was held from Monday, April 26, until Wednesday, April 27, at Camp Major Cesar Sang-an that houses the Army’s 1st Infantry Division headquarters in Pulacan, Labangan in the same province.

The fifth batch comprised 191 participants with resource speakers who are experts in their own chosen field.

“The YLSZDS 2021 activities promote leadership and peace advocacy among the youth. We encourage young people in Zamboanga del Sur to support the government’s programs for their benefits and become instruments of positive change in society for peace and progress,” said Congresswoman Divina Grace Yu of the province’s first district and one of the summit organizers.

Lieutenant Colonel Jo-ar Herrera, 53IB commander, said on the first day of plenary, the participants attended the following lectures: the role of youth in nation-building; communist New People’s Army (NPA) terrorist infiltration to the youth sector; and psychology of manipulation.

The participants showcased their talents, artistry and creativity on guidon, poster, banner and cheerleading contest.

The second day of the summit culminated with a Socialization Cultural and Solidarity Night for the 191 participants.

On the third day, participants undertook towering and obstacle course activities at 1DTS.

Herrera said Certificates of Recognition were given to each of the participants during the closing ceremony with Zamboanga del Sur Governor Victor Yu as the guest speaker.