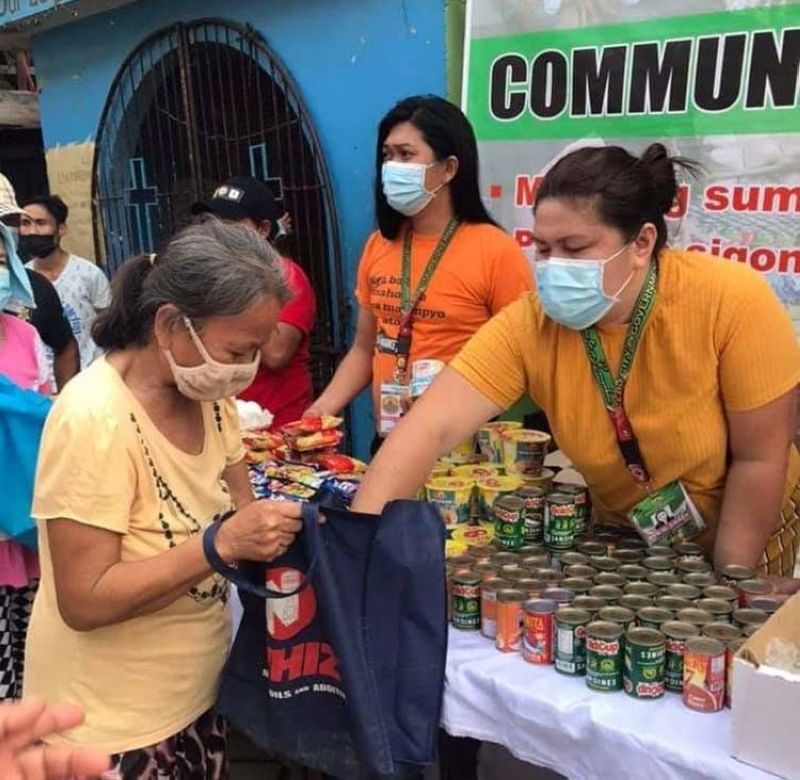 SINCE the opening of the “City Hall pantry at your doorstep” by the Cebu City Government on Monday, April 26, 2021, around 2,600 families in five barangays have benefited from the program.

This was disclosed by Market Administrator Irvin Cabales, who is leading the program initiated by Mayor Edgardo Labella with the support of vendor associations of the Carbon Public Market and other public markets in the city.

The barangays that were already visited by the “City Hall pantry at your doorstep” were Day-as, Luz, Bulacao, Sambag 2 and Quiot.

The beneficiaries were able to choose a variety of grocery items to take home for free. These were vegetables, fruits, spices, meat products, noodles, sardines and other food items.

Before going to the barangays, the Cebu City Hall pantry had been launched at Plaza Independencia. Social distancing was observed as the plaza is spacious.

Labella described the launching of the pantry as inspiring.

The mayor thanked the vendors who donated unsold items so they could help city residents in dire situations amid the ongoing Covid-19 pandemic.

Cabales said the pantry will not stop as long as there are still food supplies.

The start of the community pantry fever in the country was credited to University of the Philippines alumna Patricia Non, who was later baselessly red-tagged by government officials.

Non’s community pantry, which echoes the bayanihan spirit, went viral on social media, and it has since been replicated in different parts of the country, including in Cebu Province.