Bzzzzz: Gwen uses Bush sound bite in promise to run for governor. PJ cites Aesop fable in doubting motive of call for her to seek a Senate seat. 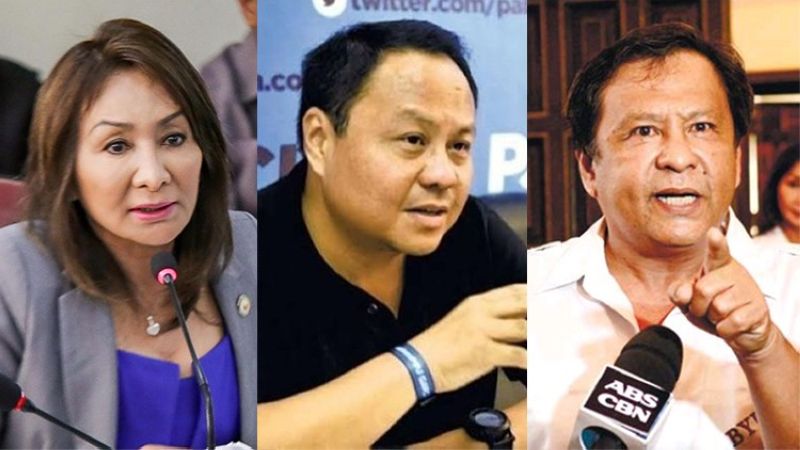 REPRESENTATIVE Pablo John Garcia in a brief talk with Capitol reporters Thursday, April 29, said the people behind the Gwen Garcia for Senator movement are identified with the rival of One Cebu Party, including some former media personalities. He said they want her out of the province race as they know she is sure to win.

Governor Garcia, in the same presser, declaring categorically she will run again for governor in 2022, echoed the famous or infamous phrase used by then US presidential candidate George H.W. Bush at the 1988 Republican national convention as he accepted his party's nomination for president. That sound bite, used with his promise not to tax further the Americans, bounced Bush's rating by 15 points. But the elected Bush failed to keep his promise because he compromised with the Democrat-controlled Congress on some tax increases in a bid to reduce the budget deficit. Telling the promisees to "read my lips" makes the promissor sound and look more serious and sincere about the promise.

Kong PJ used a modified version of the Aesop's fable (#124 in the Perry Index) about the fox and the crow. Guv Gwen's brother substituted the crow with a canary and the piece of cheese in the crow's mouth with a fruit, a Manzanita. The fox flatters the canary, saying its voice is beautiful and what a pleasure to hear the bird sing. The canary does and the fruit falls, which the fox catches and eats. The fable is "a warning against listening to flattery."

Another brother of the governor, Byron Garcia, responded to the so-called Gwen for Senator Movement by a plea on his Facebook wall: "Kasamok ba anang movement nga Gwen for senator uy. Ayaw tawn ninyo ilawg sa tirong akong igsoon." Byron said the chances of Gwen winning are higher if she runs for reelection.

Presidential Assistant for the Visayas Michael Lloyd Dino, who joined the Garcias' talk Thursday with media, said he was being selfish but Cebu needs Gwen "in these trying times." Perhaps in the coming years, she could vie for senator but now and in the few years to come, Dino said, Cebu needs a capable and strong leader like Gwen.

Who are the leaders of the Gwen Garcia for Senator Movement?

At a press-con Thursday morning, the "convenors" included these names: Edward Ligas, lead convenor; Neil Papas, a professional boxing judge; Maria Pino, representative of the Cebu City Vendors Association; Erwin Goc-ong, chairman of the Cebu Vendors Market Multi-purpose cooperative; and Marissa Rubin, a "Capitol employee." Only Ligas is said to have a previous media connection: he used to host a partisan radio program in the 2019 election. The list of convenors so far does not support the claim of its being a multi-sector group.

Its avowed purpose is to put a Cebuano in the Senate. The group said it is "now high time for a pure-blooded Cebuano to represent Cebu in the Senate."

The last Cebuano in the Senate was Serge Osmeña III (78 this December 13) whose term expired last June 30, 2016 after serving a total of 18 years.

The Ligas group didn't say and was not probably asked if any convenor had ties with politicians who opposed One Cebu in the past election.