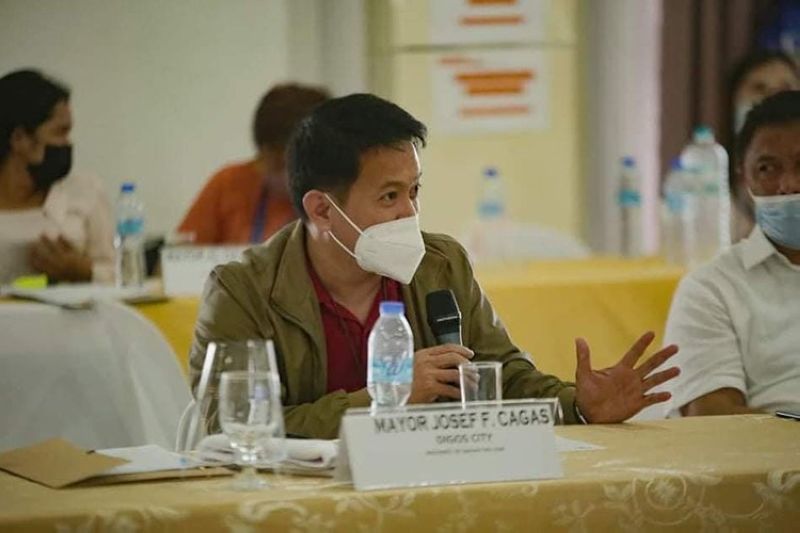 DIGOS City Mayor Josef Cagas said while they support the proposed semi-closing of Davao Region’s borders, this move will clearly affect the local tourism in the area.

“Unsa may mga restrictions and limitations amo nang pagasundon and I know ang intention ana siguro, of course, para sa kaayohan sang tanan and to reduce cases of Covid in Davao Region, mu cooperate ug mu support ko ana na kalihokan na semi closure of borders (Whatever the restrictions and limitations are, we will follow, and I know the intention of that is for the good of everyone and to reduce the cases of Covid in Davao Region. We will cooperate and support with that movement of (implementing) semi-closure of borders),” Cagas said during Kasikas sa Probinsya on the Davao City Disaster Radio 87.5 FM on April 29, 2021.

Cagas expressed gratitude to tourists visiting Digos because it is one of the factors that helps the economy of the city.

But with the proposed implementation of the semi-closed border, Cagas said this will affect the tourism activities of the city and even business activities that operate within Digos City.

In a previous radio interview, Davao city mayor, Sara Duterte, appealed to the Regional Inter-Agency Task Force (RIATF) Against Covid-19 to “semi-close” the borders of the region and implement stringent screening measures for travelers passing by the region.

This was recommended by the Department of Health in Davao Region after the discovery of new Covid-19 variants were detected in some parts of Mindanao.

It was recently confirmed that the B.1.1.7. variant, which was first discovered in the United Kingdom, has been detected in General Santos City. The city is less than a three hour drive from Davao City.

Despite the low cases in the city, Cagas urged Digos City residents to continue to observe safety protocols set by the government.