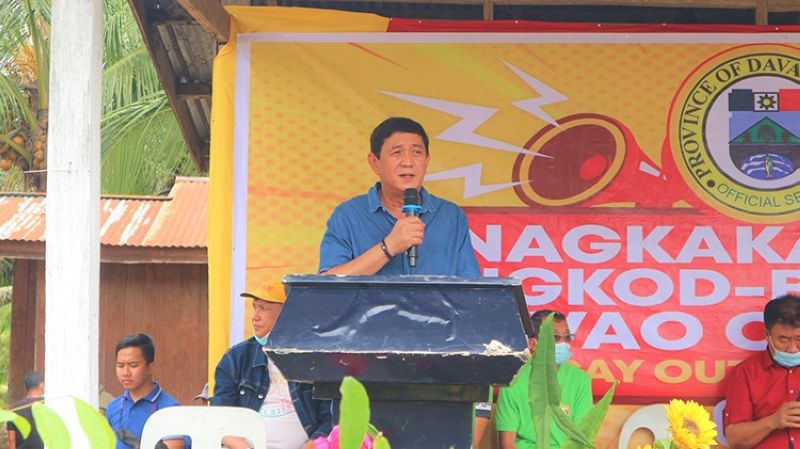 "We appeal to those who are calling to defund the Elcac to open their hearts and minds to the plea of our people. Defunding the [Elcac] would be a huge disservice to these barangays who fought long and hard to clear their communities from communist influence and insurgency that has brought nothing but fear and poverty aggravated by violence," he said.

Dayanghirang is the chairperson of the Regional Peace and Order Council of Region 11 (RPOC-Davao).

He said the Barangay Development Program (BDP) will sustain the peace in communities already cleared from the communist influence through development projects and programs that will ultimately improve the lives of the people in these hinterland barangays.

The BDP, a hallmark program of NTF-Elcac with the end goal of bringing development to former conflict-prone communities, has identified 822 barangays nationwide that were former guerilla fronts of the Communist Party of the Philippines-New People's Army (CPP-NPA).

Of the P19 billion total budget of the NTF-Elcac, P16.5 billion is allotted for the development of 822 barangays cleared of insurgency.

Dayanghirang said it is "sensible to finish what was started, to deliver the last stroke, to give what our people truly deserve an insurgency-free community.”

The insurgency has brought nothing but fear and poverty aggravated by violence, he added.

“For us in the Provincial Government, it is not only of utmost necessity and urgency that we share the national government's commitment but most importantly that we respond to the very root cause of the problem,” he said.

The problem of communist insurgency, he added, persisted primarily because the people in the hinterland barangays did not feel the government’s presence and care.

“Their abject poverty and longing for government support are exploited by these communists,” Dayanghirang said, adding that it is the first time the government has invested so much in a program bent to end the communist armed conflict.

“We need to take advantage of this rare chance to pour down our support to these once-neglected communities and prevent them from being swayed back to the side of the enemy,” he added.

The move to defund Elcac comes after several lawmakers joined calls to defund Elcac, including Senate Minority Leader Franklin Drilon and Senator Joel Villanueva, who urged the realignment of the task force’s current budget to the government’s social amelioration program.

Drilon said there is no need to wait until the 2022 budget deliberations to defund the task force since President Rodrigo Duterte has the power to realign the budget.

At the House of Representatives, Gabriela Women’s Party Representative Arlene Brosas proposed that the P19.4-billion budget of the task force be considered among the sources of funding for the proposed P10,000 cash aid for the poor under the Bayanihan 3 bill.

“We cannot let billions in people’s taxes be wasted in the unrelenting red-tagging spree of the NTF-Elcac,” Brosas said in her letter to the House committee on economic affairs.

The lawmakers were reacting to the pronouncements of Lieutenant General Antonio Parlade Jr., task force spokesperson who also heads the Southern Luzon Command of the Armed Forces of the Philippines and who red-tagged community pantries, which have been distributing free basic goods to the poor since April 14, 2021.

Davao City Mayor Sara Duterte-Carpio, when asked during a radio interview on Monday, April 26, declined to comment on the proposed defunding, saying she will leave it to the discretion of the national government.

Duterte-Carpio said they have complied with the following requirements, including the establishment of City Elcac Task Force.

She added they have reviewed the projects submitted by the barangays and endorsed them to the Regional Elcac Task Force, including memorandum of agreement with the Department of Public Works and Highways (DPWH).

“We will leave the decision to the national government. We did not ask for this fund, but they gave it to us, and the barangay beneficiaries were told to identify projects for their communities,” Duterte-Carpio said.

Davao City's 82 barangays are set to receive a total allocation of P1.6 billion or P20 million each. The city has the largest chunk of the NTF-Elcac's allocation.

The mayor already declined to comment on their claims. (With reports from SunStar Philippines and PNA)