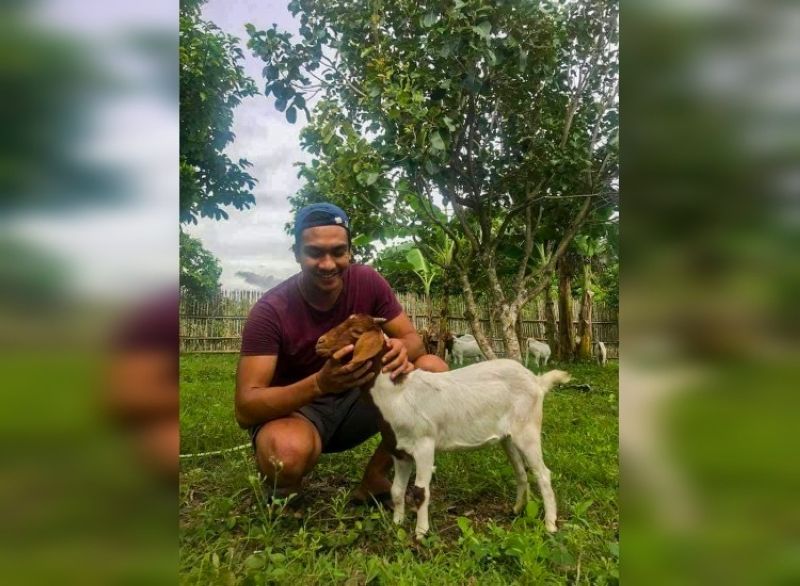 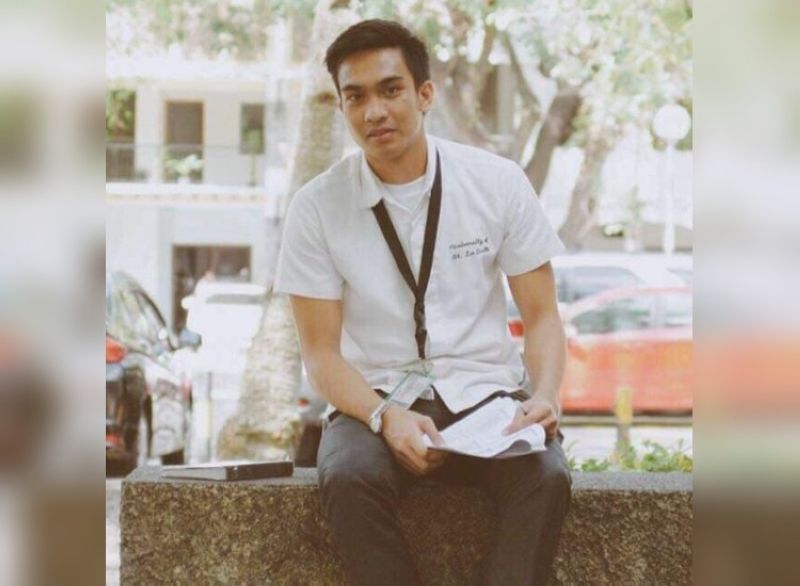 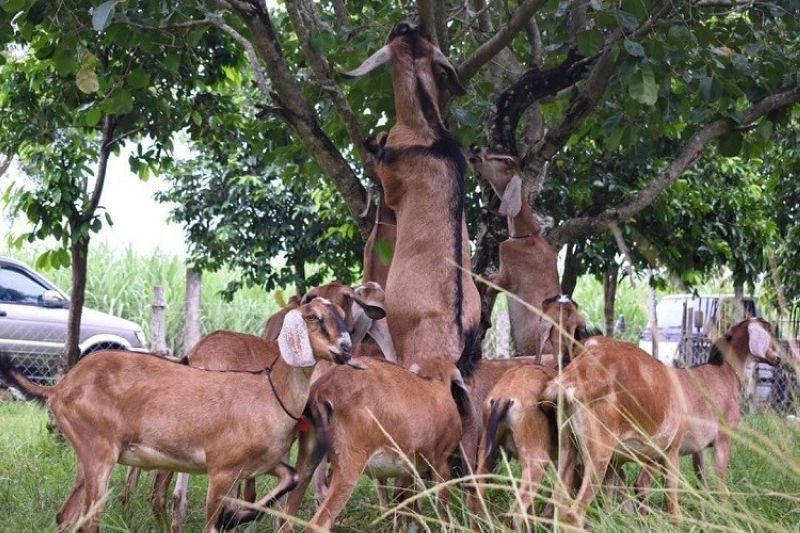 MURCIA. Some of the pure breed goats raised in the MBL Integrated Farm. (SunStar Bacolod) 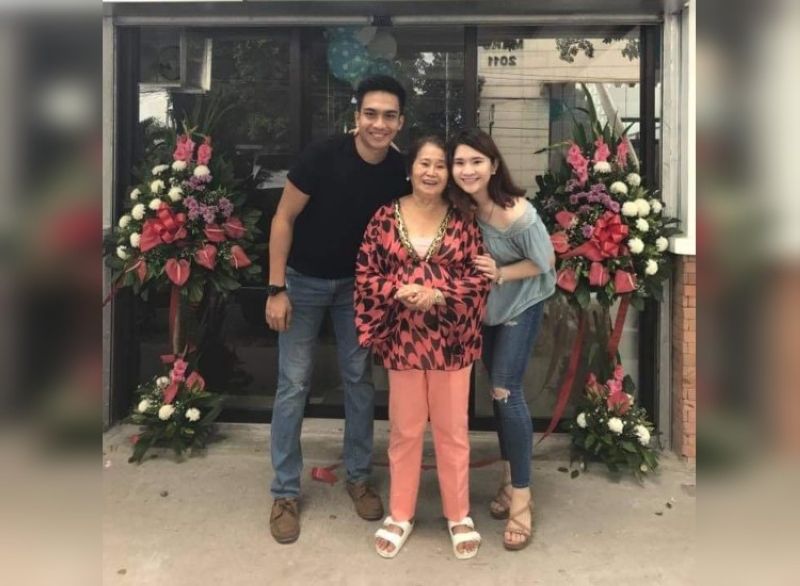 MURCIA. Ligan with his girlfriend, Maria Bianca, and her grandmother. (SunStar Bacolod) 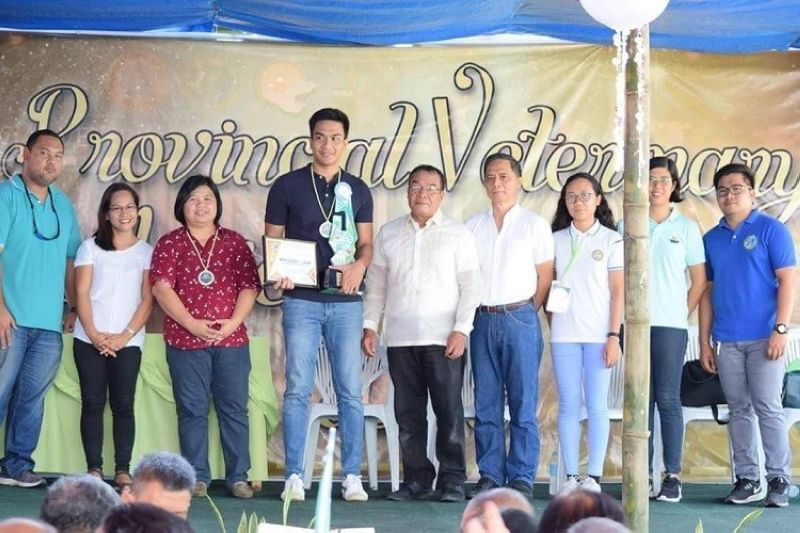 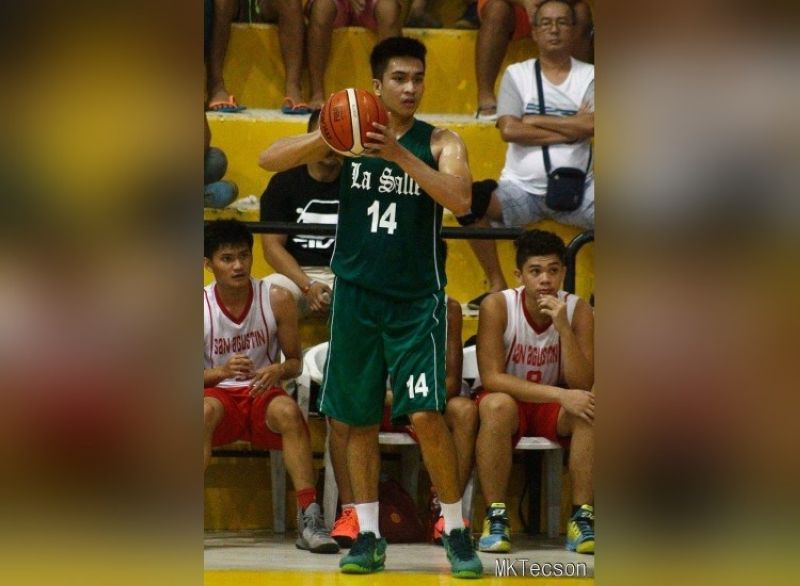 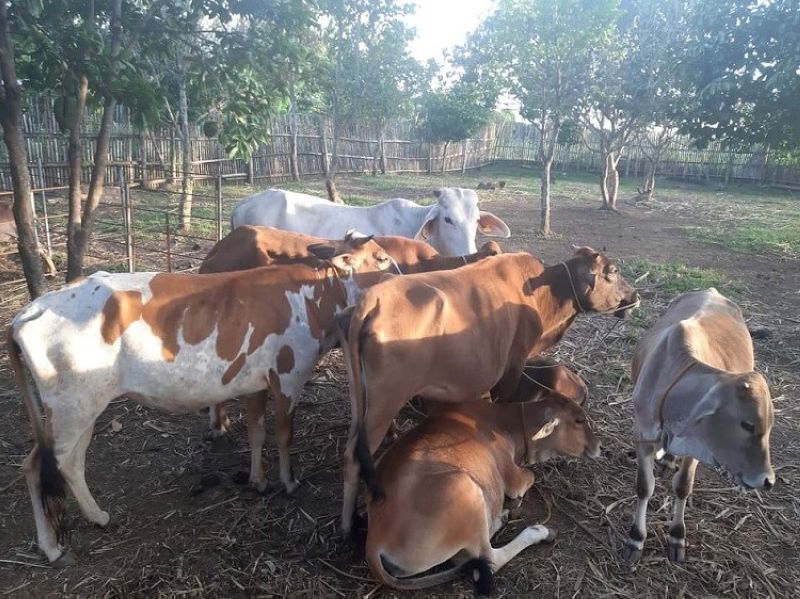 MURCIA. Cows are also raised on the farm. (SunStar Bacolod) 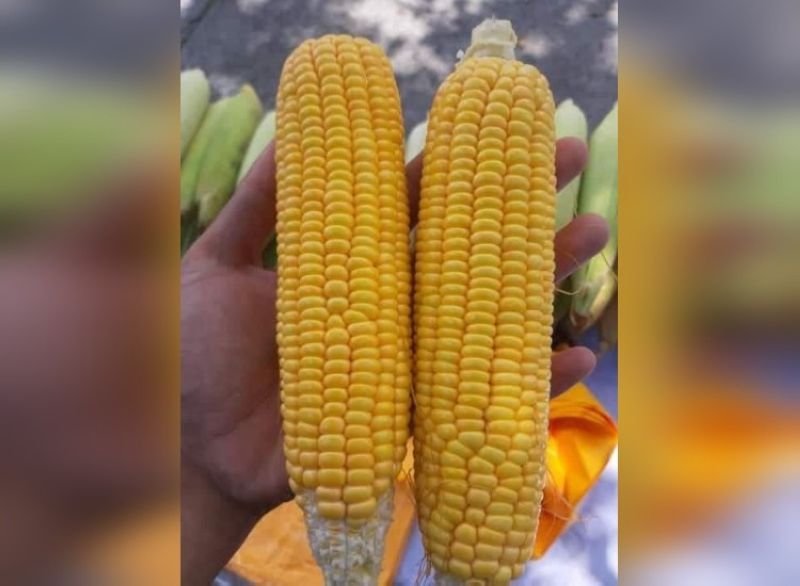 MURCIA. The farm grows corn and other crops. (SunStar Bacolod)

THE Philippines is blessed with fertile soil, more than a hundred million Filipinos, in fact, rely on it mainly for food. As the country continues to capitalize on agriculture development as one economic booster, the industry remains challenged particularly on its aging farmers.

Amid stereotypes and negative perceptions of farming, a seed of hope is planted in a three-hectare integrated farm in Murcia town. A young Negrense farmer, his story, would surely spur realization that farming is not just a fallback but rather a fulfilling path to take.

Growing up in a family whose lives are connected to farming, specifically fishing, 25-year old Mark Ezzer Ligan has grown his love for agriculture since his childhood days in Sipalay City, also in Negros Occidental.

Though, he never thought of becoming a farmer before as his ultimate dream was to become a seafarer. Being the only boy and youngest of the two siblings, his mother, however, won’t allow him to pursue what he thought he really wanted at first. And so, he took Interdisciplinary Studies and Marketing Management courses.

After finishing his basic education in Sipalay, Ligan started his tertiary education at a university in Manila. But his feet brought him back to his home province. So, as a varsity player for basketball, he continued his college at the University of Saint La Salle – Bacolod where he graduated with two courses in 2018.

Who would have thought that a varsity basketball player from elementary until college and a graduate of non-agriculture courses is now tilling land, planting crops and raising animals on a farm of his own? Some, maybe, would think that a six-footer like Ligan is better seen on the basketball court and making a name in sports, not as someone holding a shovel and other tools and silently working on the farm.

But for Ligan, being a farmer is a calling.

“You will never know when it will strike you,” he said.

His third year in college was a turning point. Banking on his nurtured passion and love for farming, Ligan opted to pursue his feasibility study, which is a school requirement, about farming.

“In order to learn, I need to apply my feasibility study,” Ligan said, adding that destiny has also brought him to be a farmer.

“I have ventured a different path, farm from what I have finished in college,” he shared.

Right after graduating from college, sometime in 2017, he immediately started developing his own farm now called the MBL Integrated Farm coined from his girlfriend’s name, Maria Bianca Larraga.

From an empty land owned by their family, the farm now grows a wide variety of agricultural crops and animals. For over four years now, they have been producing crops like eggplant, okra, papaya, guyabano, jackfruit and coconuts, among others.

For animals, they raise anglo nubian and boer breeds of goats, for dairy and meat, that are imported from Australia, cows, carabaos and chickens that lay brown and white eggs. At present, the farm hosts over a hundred heads of pure breed goats. Some, particularly the male ones, are being sold.

Ligan was not able to practice his profession as he put all his time and heart into farming. Though, he was able to apply the skills his courses have taught him especially in dealing and managing people -- their clients and his workers on the farm.

“I was able to start and eventually sustain the farm through the help of my family as well as the grandmother of my girlfriend,” he said, adding that farming has also taught me the value of patience in many aspects especially in dealing with people in the farm.

One of the common stereotypes in farming is that there’s no money in it. This is something that a young farmer like Ligan would like to disprove.

For goats alone, Ligan said there’s currently a huge market both for dairy and meat. He said the goat population in the Philippines is only about six million but 80 percent of the Filipinos are goat meat-eaters. With only two commercial goat farms in the country, the demand is really high.

The young farmer pointed out that chevon is the most expensive type of meat in Negros Occidental, at about P500 per kilogram, compared to pork and chicken. For live animals, their farm sells a five-month-old goat at P30,000 per head to buyers in different parts of the country.

“So, who says there’s no money in farming?” he asked, adding that they are also having brisk sales from their crops that are sold locally.

Another stereotype is that farming requires labor-extensive work.

For Ligan, there’s no heavy and difficult work for as long as you are passionate about it. “You wake up every day with a fire because you love what you are doing, not just because it is necessary for you to do it,” he shared.

Having no formal education in agriculture, Ligan equipped himself with the necessary knowledge and skills by attending seminars and training in and outside the province. Also, he was fond of reading stuff about farming, especially goat raising through books and online.

Aside from generating revenues that helped their family and those of his five workers, his passion, dedication and hard work have enabled him to receive numerous recognitions in the field of agriculture.

One of which was the Outstanding Young Animal Raiser award by the Provincial Government of Negros Occidental through the Provincial Veterinary Office’s Achievers Awards in 2019.

But for him, it’s not just about the recognition or receiving an award. Being outstanding in whatever fields is about being passionate, knowing how to sacrifice, and having the heart for others.

“You will never call yourself successful if you are not able to help others,” he said.

If there’s one major achievement that Ligan is very proud of as a farmer, it is being able to help feed the nation, their fellow Filipinos, especially during these trying times.

When the coronavirus disease (Covid-19) hit the country sometime in March last year, there’s a pressing need to ensure food security. People started to realize the value of farming, the importance of growing their own food.

Ligan said that fortunately, their farm operation did not stop since the onset of the pandemic until now. Utilizing the food pass issued by the government, they continued to deliver agricultural products to the market so people have food to consume.

He said they made sure that their production won’t stop. “We continue to grow crops and raise animals. In fact, we even produced more eggs, vegetables, corn and fresh milk.”

“Food is very essential during this time, and it is our responsibility as farmers to make sure that there’s available food on every family’s table,” he said, adding that “we are more motivated to produce more.”

Despite several challenges like the previous prolonged El Niño phenomenon, the farm was able to thrive mainly because of Ligan’s determination. He’s a farmer who will never be tired of achieving his goals.

Now that his integrated farm is already self-sustaining, Ligan looks forward to making it a farm tourism destination in the province.

Recognizing that farmers in the country are aging, he has high hopes that younger generations like him will grow interested and eventually love farming. “Try it, put passion to it, you will see.”

Also, Ligan is optimistic that the government will continue to put more focus on younger generations in its bid to further develop and sustain the country's agriculture sector.

“The youth needs to be well educated because they have yet to discover the potential in farming,” the Negrense young farmer said, adding that “stirring curiosity will lead to consciousness.”