DILG: Guidelines for strict Davao border out this week 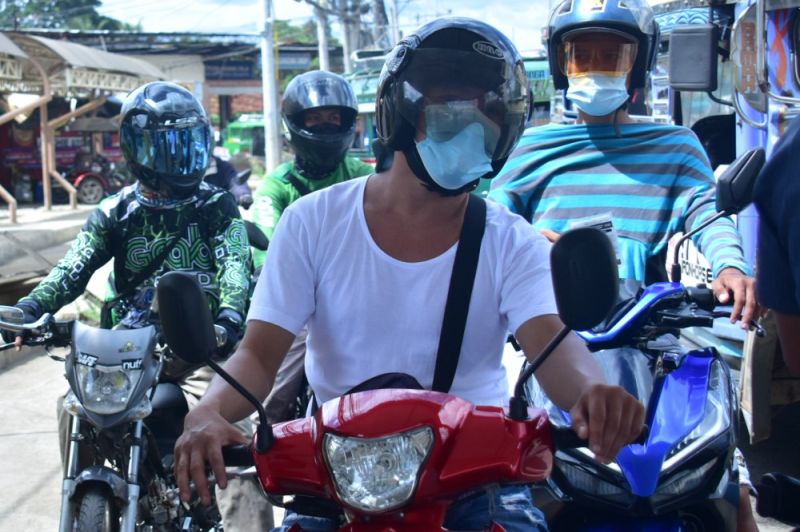 AN OFFICIAL from the Department of Interior and Local Government-Davao Region (DILG-Davao) said the guidelines for stricter screening measures for travelers passing the region's checkpoints are expected to be issued this week.

DILG-Davao Director Alex Roldan told SunStar Davao that the Regional Interagency Task Force (RIATF) Against Covid-19 is currently finalizing the resolution that will provide the specific requirements for travelers coming from outside the region.

This is in response to the appeal made by Davao City Mayor Sara Duterte-Carpio to RIATF recommending the imposition of stringent screening measures in border checkpoints within the region.

Roldan said among the provisions that will be imposed, once approved, is requiring negative reverse transcription-polymerase chain reaction (RT-PCR) test results taken within 72 hours for some inbound land travelers who intend to go to the region.

Non-essential travels including amusement and leisure purposes will be barred from the regional checkpoints, while emergency, medical, and other "humanitarian" reasons will be allowed.

"This is one of the measures that is being proposed as a way to protect the region from a possible surge of cases, especially with the emergence of the new Covid-19 variants outside the region," the DILG official said.

Duterte-Carpio said on April 26 that the Davao City government has appealed to the RIATF to be placed the entire region under a "semi-closed border" after the continuing surge of Covid-19 cases in some areas in the country and the recent discovery of new Covid-19 variants in neighboring provinces in Mindanao.

Roldan, meanwhile, said they are refraining from using the term "semi-closed border" to avoid posing panic to the public.

He said the RIATF has approved the request for tight border security, but they are still collating the remarks of different local chief executives in the region, which will be used in the crafting of guidelines.

"Naaprubahan na sa RIATF, pero ang (It is already approved by RIATF, but the) guidelines are still subject sa comment sa (by the comments of the) local government units kay sila man ang mu-implement gud (since they will be the ones implementing it)," Roldan said.

The DILG official recently revealed in a previous radio interview that included in the proposed tight security border is the implementation of a "number scheme" for private cars entering the region.